“Previously On”, this week’s eighth episode of Disney+’s WandaVision, is enlightening in many ways. It explores the details of Wanda’s (Elizabeth Olsen) tormented past, re-writes the origin of her powers, and yet also tells the backstory of the villainous Agatha Harkness (Kathryn Hahn). By far the most interesting reveal, however, is the resurrected, colorless version of Vision (Paul Bettany), which is unveiled during the post-credits scene. Not only does this suggest an emotional series finale, it also has some interesting links to the comics that could hint at Vision’s future within the Marvel Cinematic Universe (MCU).

Vision being drained of all color is an unsettling sight, not just because of his cold appearance, but because it speaks to the villainous intentions on behalf of S.W.O.R.D Director Tyler Hayward (Josh Stamberg). If you recall, Hayward stated earlier in the season that Vision’s body was stolen by Wanda to create the Westview version of him. The latest episode has proven this untrue.

After being denied a proper burial for Vision, Wanda walks away and heads to Westview. The Vision that we see inside The Hex is shown to be created entirely by using her powers at a moment where she is overwhelmed with grief. This exposes Hayward’s previous statement as a lie — a fabrication to divert attention from the fact that he’s trying to bring his “sentient weapon” back online. 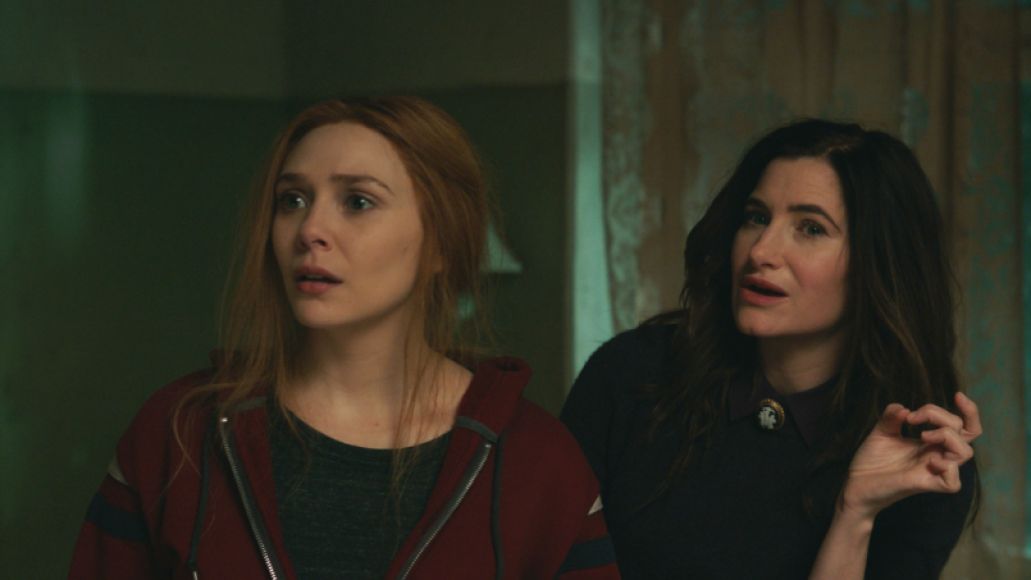 What happens next is anyone’s guess, but it’s doubtful that Wanda will respond well to this warped version of her partner. With his seemingly emotionless expression, the figure revealed during the post-credits scene is less like Vision and more like a zombie — a White Vision, if you will. Of course, fans of the comics will be quick to note we’ve seen this incarnation before.

From March to June 1989, White Vision appeared in three issues of an arc dubbed “VisionQuest” as part of Roger Stern and Bob Hall’s West Coast Avengers spin-off series. During the storyline, Vision is abducted and dismantled by agents of the United States Government (sound vaguely familiar?), and while Hank Pym is able to rebuild him, Vision winds up being devoid of color. 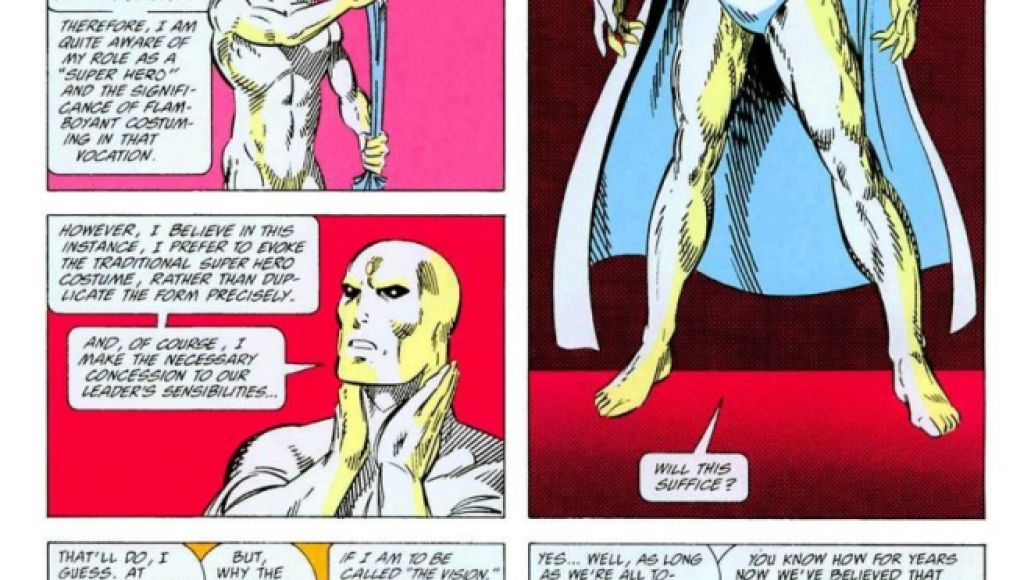 There’s a catch, though: In the comics, Vision is also completely emotionless. Being dismantled results in the loss of his personality, a facet of the Avenger that Pym struggles to bring back. Eventually, it involves mapping the brain of another human, though, as we’ve seen in the MCU, it was the mind stone that made Vision a person (rather than just the Jarvis program with a body).

Currently, it’s unclear whether Vision will be emotionless in the final episode of WandaVision, but his ominous reveal suggests that he certainly won’t be himself. While this might sound like the end of Vision as we know him, there may be hope. In Bob Harris’ Vision run from 1994-95, the resurrected Avenger regains his ability to feel and his previous personality begins to resurface.

So, what does this all spell for the MCU? 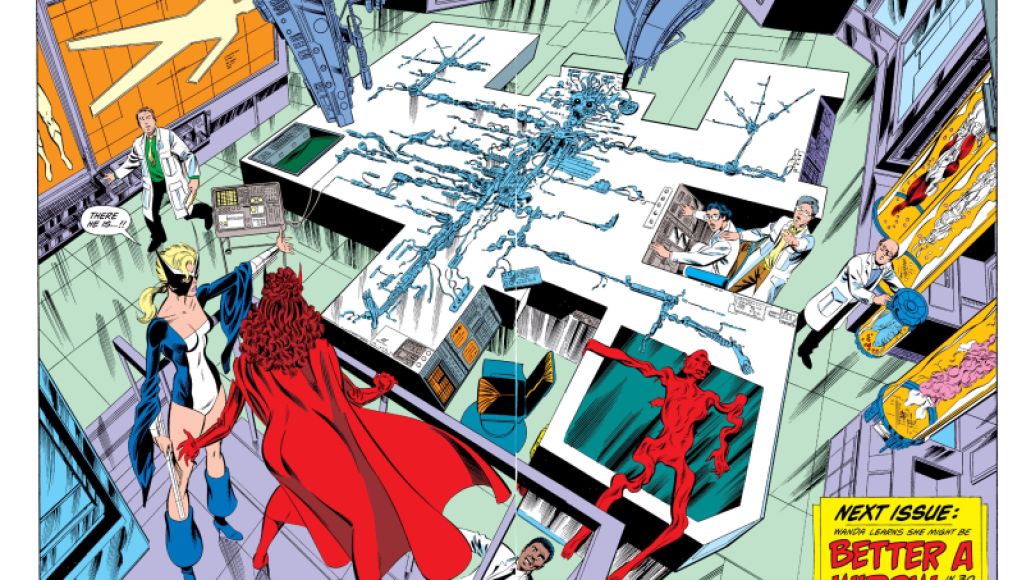 It proves that Vision doesn’t necessarily have to stay dead. Even if the White Vision is used as a weapon against Wanda in the season finale, it doesn’t seem likely that she’ll want to destroy him. So, if there’s a way for her to bring him back, she will certainly find it … but it’ll be complicated. Again, Vision’s personality in the MCU comes from the mind stone, which leaves a big question mark over whether he can be brought back, particularly since the stone was destroyed by Thanos in Avengers: Endgame.

But really, the better question might be: Should Vision be brought back? After all, the entire series has insofar focused on Wanda dealing with grief and loss. As these eight episodes have already proven, bringing Vision back and creating a family in Westview was an incredibly unhealthy coping mechanism for Wanda — one fueled by denial. So, while the comics do promise a future for Vision, keeping him in the past might actually save Wanda in the long run and ultimately set her free.

WandaVision Dusts Off the Comics to Tease Vision's Future