Previously On WandaVision… Though Disney+’s WandaVision has already carved a niche for itself as a risk-taking series unlike anything the Marvel Cinematic Universe (MCU) has attempted before, the spinoff series’ most recent installment delivered a reveal in the final seconds of this week’s episode that completely redefines the possibilities in the MCU.

“On a Very Special Episode…” — WandaVision’s longest outing yet with nearly double the runtime of the four prior episodes — saw Darcy Lewis (Kat Jenning), Jimmy Woo (Randall Park), and the newly-returned Monica Rambeau (Teyonah Parris) try to find a way in to Westview, the town that Wanda Maximoff (Elizabeth Olsen) has turned into her own fever-dream version of classic sitcoms.

With Monica’s firsthand experience inside the anomaly, combined with Darcy’s scientific expertise, the trio determined that Wanda was manipulating reality by warping the memories of Westview’s citizens and transforming the physical characteristics of the town into a realm where she holds absolute control. The false paradise was created by Wanda so she could live out a peaceful, uninterrupted life with Vision (Paul Bettany), whose corpse she stole from S.W.O.R.D headquarters and re-animated, having been unable to cope with the trauma of his death at the hands of Thanos. 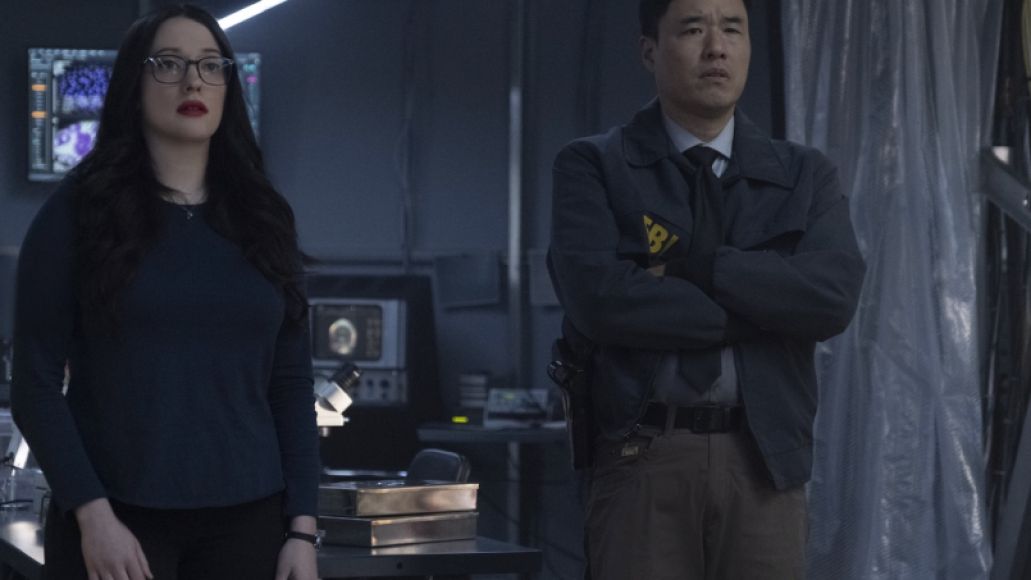 But Vision wasn’t the only loved one missing from Wanda’s life. Though he’s been alluded to and referenced multiple times over the course of WandaVision, “On a Very Special Episode…” saw Wanda finally acknowledge the untimely death of her twin brother, Pietro (Aaron Taylor-Johnson), who was killed in the events of Age of Ultron. She explained to her now 10-year-old sons Billy and Tommy that Pietro was very far away and couldn’t come back, but after a fight with Vision and a disturbing encounter with Monica and the agents of S.W.O.R.D, Wanda pulled off her biggest feat yet: bringing Pietro back into her life.

In the episode’s last seconds, Wanda and Vison’s argument is interrupted when they hear a knock at the door. When they get up to see who it is, Wanda (and the audience) is floored to see that it’s Pietro Maximoff, her long dead brother, only he looks a little different than the last time we saw him in the MCU. While Wanda is elated to see her brother, Vision is (understandably) confused: Mostly because this isn’t the Pietro we know from Age of Ultron, played by Taylor-Johnson. No, the version of Pietro (or Peter?) at Wanda’s door is Peter Maximoff, the fast-talking mutant played by Evan Peters in the X-Men film franchise.

Opening the Door to the Multiverse: To say it’s a shock to see Evan Peters’ Quicksilver in the Wandavision is an understatement. Up until this point, the X-Men franchise has never crossed over with the MCU. But after Disney’s acquisition of Fox returned Professor X, Magneto, and the rest of their mutant charges to the Mouse, it opened the door for crossovers at some point in the future. With Peters’ appearance on Wandavision, it looks like that point in the future is now.

But which version of Quicksilver is this? And how is he in Wanda’s dream world? As we see explained by Agent Woo, Wanda is more than powerful enough to reanimate the dead: She nearly stopped Thanos on her own, and had zero issues bringing Vision back to life so she could play house with him in Westview. But bringing Pietro back isn’t the same as bringing Vision back; there’s no body for her to revive, or a corpse for her to reanimate.

It’s entirely possible that the Quicksilver who showed up at Wanda and Vision’s door isn’t her Quicksilver — the one played by Aaron Taylor-Johnson, that is. Because there was no way to revive her brother’s corpse like she did with Vision, it’s possible that Wanda instead opted to pluck a version of Pietro from a different universe — in this case, the X-Men universe. 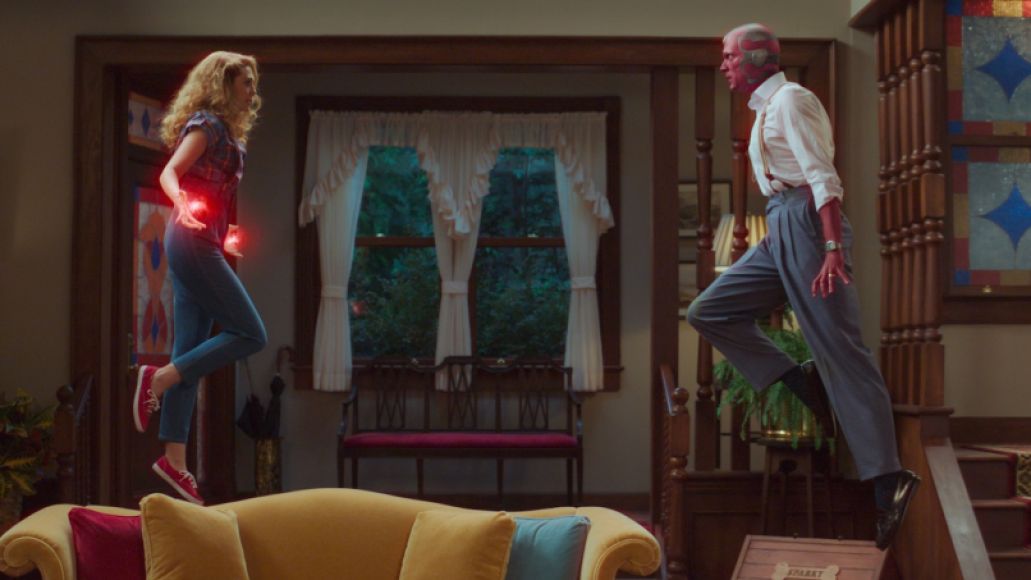 Where Do We Go From Here? The implication that Wanda could have the power to reach across the multiverse could be the most significant development in the MCU’s history. It completely blows the lid off of what is and isn’t possible in the MCU. After all, it’s already been reported that Doctor Strange in the Multiverse of Madness will have some kind of ties to WandaVision, but with the introduction of the X-Men’s version of Quicksilver, it seems very likely that this is where the foundations of the multiverse will begin.

With Peter’s Quicksilver in the MCU, there’s no telling what other characters could cross over from the X-Men franchise. The upcoming Deadpool 3 has been confirmed to take place in the MCU, which gives the franchise another tie-in to X-Men, but when it comes to WandaVision specifically, it’s possible that someone from the X-Men universe (say, his father, Magneto — Michael Fassbender, anyone?) could come looking for Peter after he was whisked away to fulfill Wanda’s fantasy version of her life. 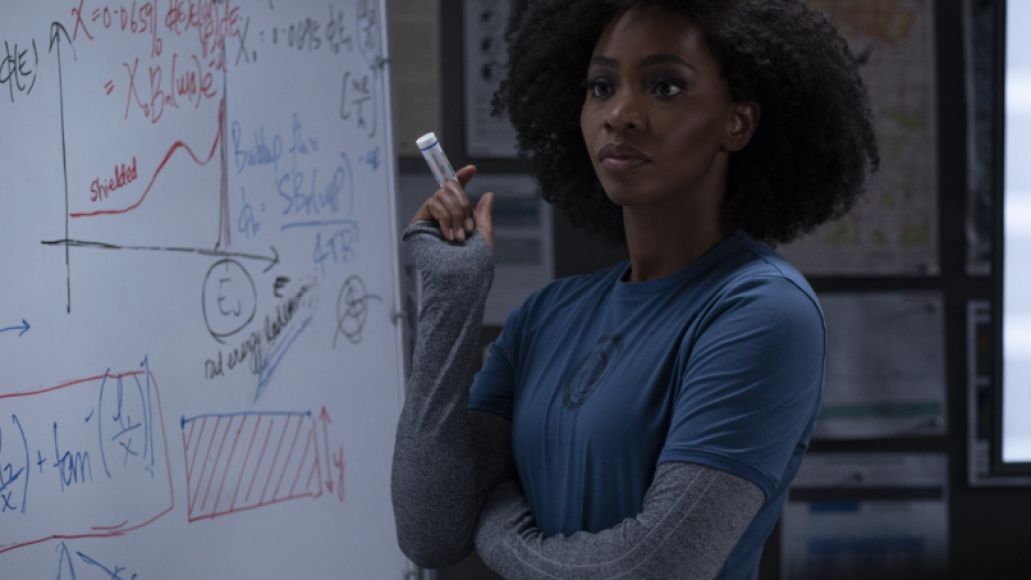 Which leads to the next question: What’s next for … WandaVision?

We’ve seen before that Wanda’s grip over the citizens of Westview isn’t infallible. On multiple occasions, Vision has questioned her role in the creation of the town, and remembered that he wasn’t meant to be living with her. So, it’s entirely possible that Pietro/Peter Maximoff could realize he’s been sucked from his own universe as well. That could be trouble.

Whatever the case, this is a turning point in the Marvel Cinematic Universe. Though we’ve always known that Wanda is powerful, the idea that she can pluck people from different universes and bring them to her own is an ability unlike any other, and one that opens the door for anyone and anything from the X-Men universe to pop up in the MCU.