The city of Akron, Ohio has declared April 1st Devo Day in honor of their hometown heroes. The new holiday is designed to help mobilize support for Devo’s potential induction into the Rock & Roll Hall of Fame later this year.

In a special press release signed off by Akron Mayor Dan Horrigan, the city announced a series of activities and events that will be taking place all throughout April in order to get out #DEVOTE (see what they did there?). The first involves 50 different Energy Dome Sculptures, inspired by the band’s iconic red hats, that will be littered throughout the city and slapped with special QR codes. Fans can scan the codes and be taken to a website where they can vote to get the legendary alt-rock included in the latest round of Hall of Famers.

Additionally, the Downtown Akron corridor will be adorned with life-size cutouts of Devo, and the Downtown Akron Partnership has sponsored a special promotion that will be taking place in a storefront window downtown. The whole thing sounds like something out of an episode of Portlandia, and sure enough the show’s co-creator Fred Armisen will make a special appearance alongside fellow celebrities like Jack Black and Tony Hawk, as well as Mayor Horrigan, in a video called DEVOtional.

“The City of Akron has an unbelievable sense of pride, especially when it involves the success of our people,” said Mayor Horrigan in a statement. “We are, and will continue to be, immensely proud to be the home of Devo and will be rallying this great community to help them achieve the recognition they deserve.”

Former Akron resident and current Black Keys drummer Patrick Carney also threw his support behind the movement. “Devo is of course one of my favorite bands,” he said. “It was a huge thing for me as a teenager to know a band from Akron as cool and weird could strike a chord (no pun intended) that resonated so massively around the world.”

Fans in Akron and elsewhere are able to vote for their favorite Hall of Fame nominees up through April 30th. Devo is one of 16 acts who are up for induction, and the competition is stiff: Rage Against the Machine, Jay-Z, Iron Maiden, Foo Fighters, Kate Bush, and many other heavy hitters are nominated. 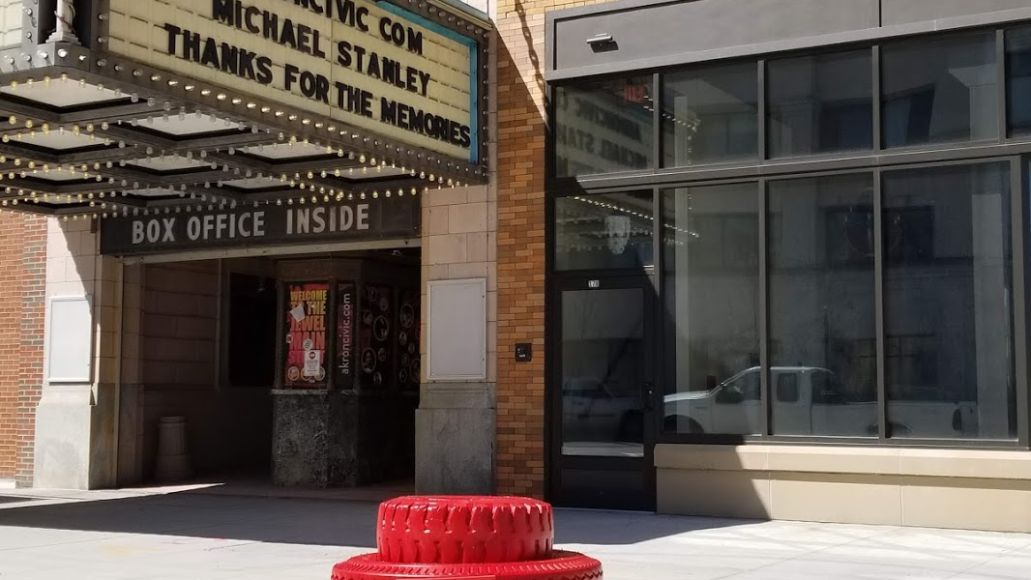