The Lowdown: In 1997, Nick Cave sang about a “Kingdom” whose light was so bright that “All the world’s darkness can’t swallow up/ A single spark.” On The Boatman’s Call, Cave yearned for this kingdom through a mist of tears born from what he’d later call “a convergence of events that felt so calamitous at the time that I could not find a way to write about anything else.” In the midst of a similarly calamitous convergence of events in 2020 — when it felt impossible to think on anything but widespread sickness, white supremacy, and the fractured state of our society — Cave found himself drawn yet again to the pursuit of this kingdom of light. Carnage, Cave’s new record alongside longtime Bad Seed and soundtrack collaborator Warren Ellis, beautifully and devastatingly documents their pursuit and hopes against hope for an end to the desolation.

The Good: From his earliest Leonard Cohen-covering post-punk days, Cave has had a penchant for furiously biblical theatrics. On Carnage opener “Hand of God”, that tradition resurfaces over industrial-ish electronics and sweeping strings as Cave announces the coming reckoning like a wasteland preacher with a choir of children behind him. That reckoning comes three songs later on “White Elephant”, a dramatic retelling of 2020’s racial tensions in two acts.

In the song’s first half, subterranean bass bellows and clanging drums collide. Over this defiant march, Cave offers a powerful summary of 2020’s restless summer, menacingly reciting, “A protester kneels on the neck of a statue/ The statue says, ‘I can’t breathe’/ The protester says, ‘Now, you know how it feels,’ and he kicks it into the sea.” The song’s white supremacist narrator repeats his mantra of “I’ll shoot you in the fucking face” across train track-rattling drums building into a “gray cloud of wrath” that is ultimately rendered powerless by the second half’s explosive gospel choir. With their transcendent cries of hope, Cave and Ellis declare that violence and threats of violence are nothing. The supremacist, the exploiter, and the power-hungry will never inherit the incoming kingdom.

While hope for a future world devoid of tears features heavily across Carnage, Cave is keenly aware of the present sting of pain and sorrow. On “Albuquerque” and “Shattered Ground”, he and Ellis channel the wistful loneliness of a life in lockdown into two of the most beautiful songs in their already rich 40-year discography. On the first, Cave plays a lullaby for the loss of beautiful things and feeling trapped at home, as he holds to his wife and sings, “And we won’t get to anywhere, darling/ Unless you take me there.” The latter features an ambient drench of synths similar to the air-thin drones of Ghosteen as Cave beholds his love with utmost reverence and meditates on the devastation of losing her, descending into repetitious grief until you’re driven to your knees beside him in a well of tears. And yet, even here, “goodbye” only feels like a temporary chasm to overcome.

The Bad: Where Cave and Ellis’ minimalist orchestrations work, they’re among their best. A few times, however, their arrangements fall short of their admittedly high bar. On “Lavender Fields”, precise and snappy chord changes rush an otherwise-lovely ballad. And while Cave’s essential “There Is a Kingdom” motif is further cemented in the song’s fading coda, his lonely lyrics land a bit redundantly, sandwiched between the superior “Albuquerque” and “Shattered Ground”. Others may find redundancy in the album’s arrangements when compared to Skeleton Tree and Ghosteen; however, the songs are so beautiful, so tenderly performed, so carefully adorned that I can’t fault any lack of experimentation.

The Verdict: When I first saw that the title of this album was Carnage, I was prepared for an eruption of unhinged aggression, righteous anger, and apocalyptic fury after a year of pent-up frustration, injustice, and solitude. But Cave and Ellis recognized what I failed to see — it’s been a hell of a year, and perhaps a glimpse of heaven is a better prescription than a war cry.

On Carnage, Cave and Ellis don’t tread any new paths. However, when you’ve been creating meaningful music for 40 years, novelty need not be the goal. Instead, they preach the same truths they’ve always held in a new context. In the midst of one of the hardest years in recent history, love still drives through the rain. Hope overcomes evil. Life overcomes death. These ideals aren’t sexy or cutting edge. In the wrong hands, they become cliché. But what Cave and Ellis have crafted with Carnage is a refreshing respite from chaos, a record that sits at the burning edge of dawn and anticipates destruction’s undoing.

Pick up a copy of Carnage here… 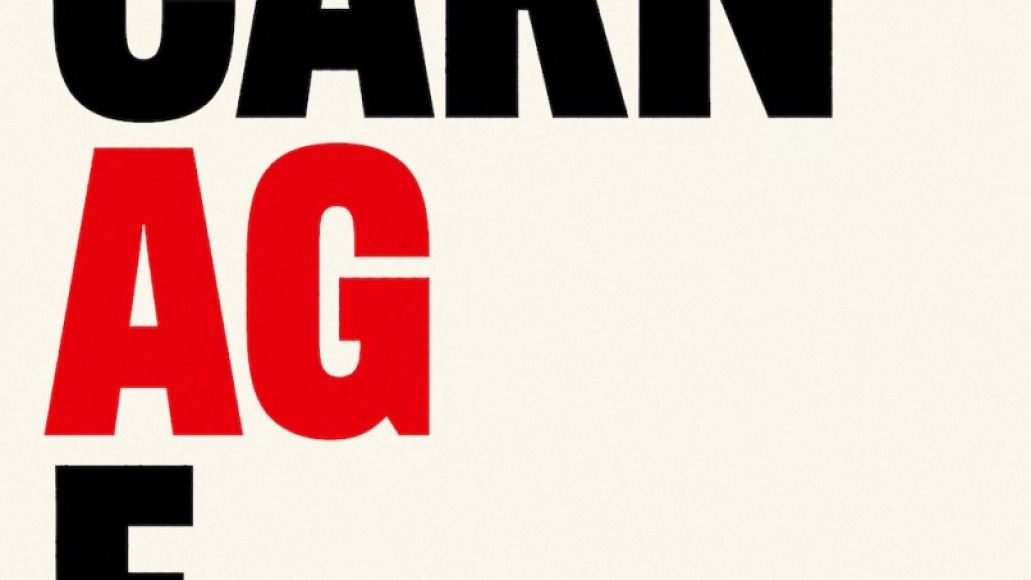