As shared on Bandcamp, Slowdive’s Christian Savill started writing and recording demo songs back in 2019 before sending out the musical sketches to Graveface (Dreamend / The Casket Girls) and The Soft Cavalry’s Steve Clarke. Graveface and Savill then recorded the barebones structure of the tracks in Savannah, just two weeks before the COVID-19 pandemic hit.

After Flaming Lips drummer Matt Duckworth added his contributions, Clarke was able to add harmonies and other instrumentation in between lockdowns in the UK. For the final touches, Rachel Goswell of Slowdive contributed vocals on a few songs.

As for the band’s name, Beachy Head is a chalk cliff in Sussex that’s “one of Britain’s most popular beauty spots but also a notorious suicide spot.”

To preview the LP, Beachy Head shared the lead single, “Destroy Us”. Stream it below.

Pre-orders for Beachy Head are ongoing. The album is available in vinyl, cassette, and digital formats. 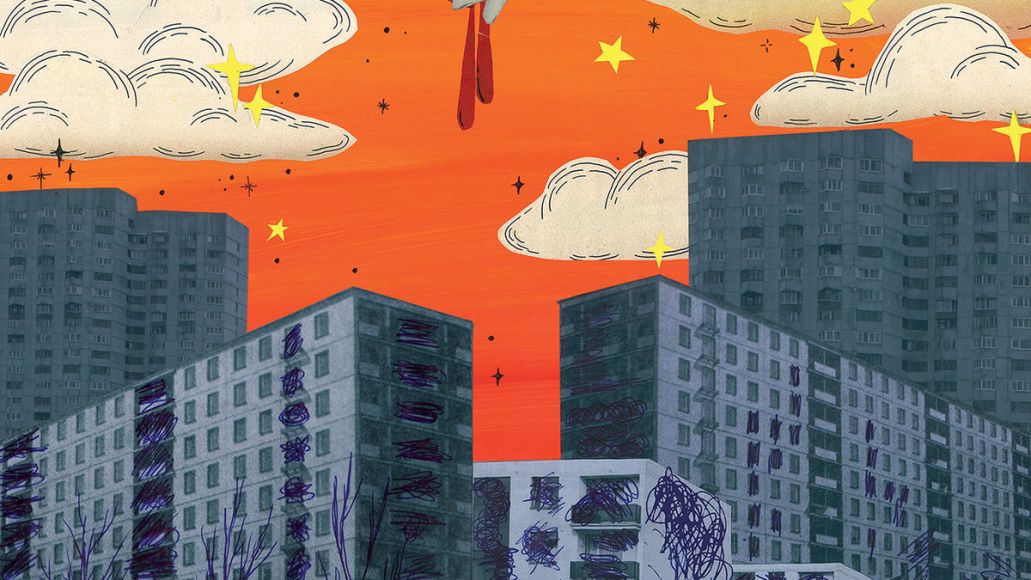