Danny Boyle has shared the first look at his upcoming TV series about Sex Pistols, which is slated to premiere on FX.

Entitled Pistol, the six-episode limited series is based on the 2017 memoir Lonely Boy: Tales From a Sex Pistol by Sex Pistols guitarist Steve Jones. As such, the show will center around Jones’ journey from his West London council estates home to the iconic Sex boutique owned by Vivienne Westwood and Malcolm McLaren, an epicenter of early punk culture. From there, Boyle will trace the relatively short but furious rise and fall of Sex Pistols.

Above, via Rolling Stone, check out a first look photo of Sex Pistols’ Sid Vicious-era lineup above. A second photo featuring the band with bassist Matlock can be seen below.

A release date has not yet been set, but production is currently underway. 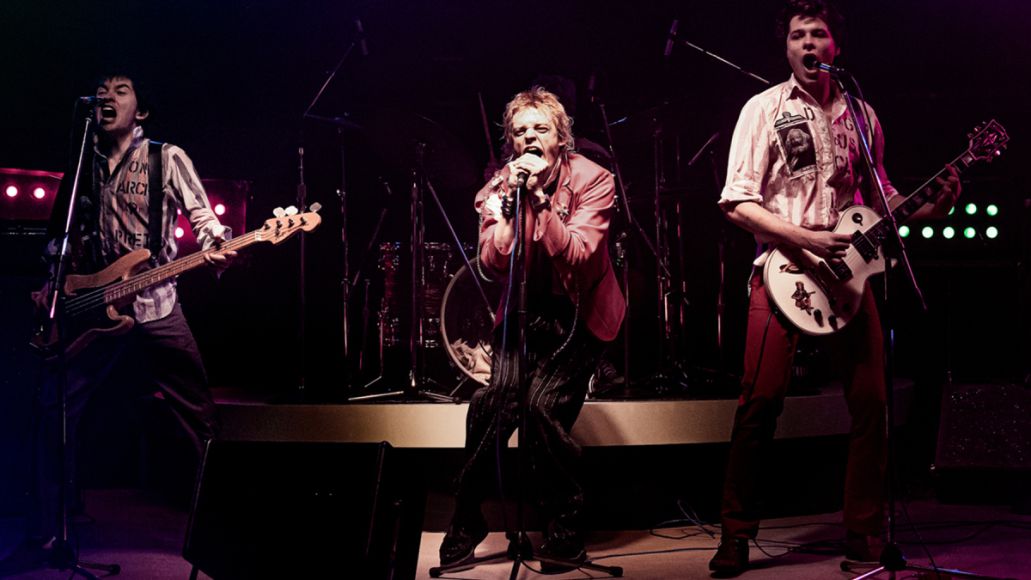