Electronic composer Floating Points and jazz legend Pharoah Sanders have just released Promises, their stunning new album with the London Symphony Orchestra. Stream it below via Apple Music and Spotify.

Broken up into nine distinct movements, Promises is a soul-stirring take on minimalist jazz, gentle instrumentation, and orchestra arrangements that can transport you into another dimension. At times, like in “Movement 6” and “Movement 9”, the percussion is so delicate that it feels like you’re in the middle of a movie score about the most contemplative, delicate moments of your life.

Promises was composed by Sam Shepherd (AKA Floating Points) and sees the music brought to life via Sanders’ celestial saxophone and the gorgeous scene-setting orchestra. According to a press release, the album was five years in the making. After penning the music, Shepherd and Sanders finally sat down to record it in 2019, and the London Symphony Orchestra recording their part at AIR Studios in late 2020.

Physical copies of Promises, including die-cut vinyl and CDs, are currently available to order through both artists’ websites. Check out the album artwork by renowned painter Julie Mehretu and the tracklist after the jump. 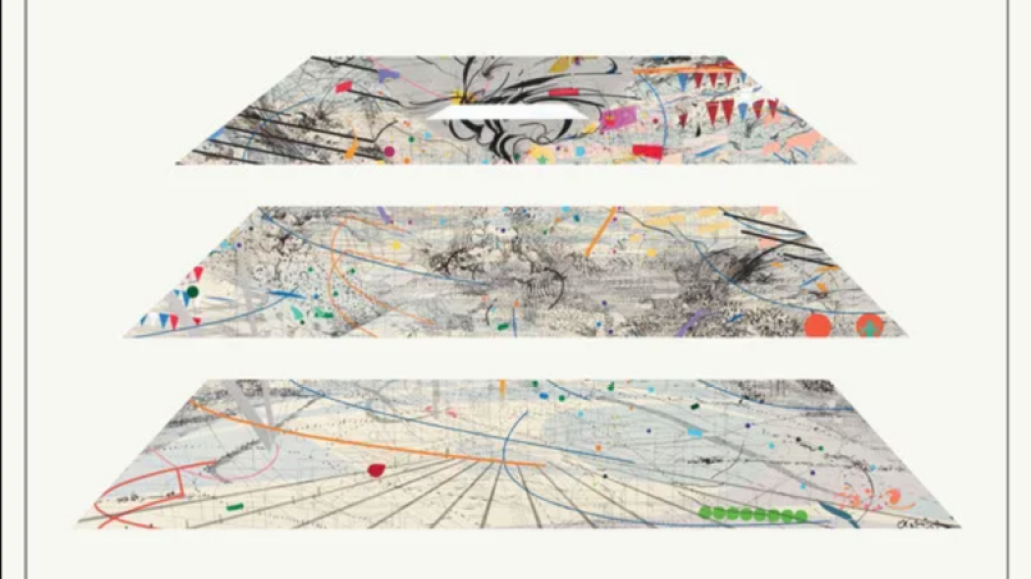