Revisiting Freaks and Geeks is akin to revisiting an old high school friend. As you watch the characters wander the halls of the fictional McKinley High School in Michigan, you can’t help but feel as if this was your own high school experience. It’s all very relatable. And nearing 22 years since the first day of school on September 25th, 1999, the show manages to defy the impossible.

Despite only having lasted for 18 episodes (12 of which only ever aired during its initial run on NBC), the show has left an indelible mark on pop culture. In the years that have passed, a massive cult following has built up, only furthered by the fact that every single person has gone on to do bigger things in Hollywood. But no matter how high they have soared and no matter how many years have stacked behind them, all roads seem to lead back to the nothing-short-of-stellar Freaks and Geeks.

You’re hard pressed to find a more eclectic and kick ass soundtrack from a TV series. In a time when it was incredibly rare to hear classic rock on television, this show looked to change all of that. Whether it was the derailed slow dance set to “Come Sail Away” in the pilot or an entire episode chock full of music from The Who, this was a show that took its music very seriously. Where most creators may have considered music to be an afterthought, Freaks and Geeks had it built into its very core.

And just how seriously did those behind the scenes of the now-iconic series treat the music? Creator Paul Feig went out of his way to create a show bible that featured an obsessively detailed list of all the bands from that era, and whether it was a band the Freaks or the Geeks would listen to at the time. Van Halen is attributed to the Freaks, The Bee Gees were given to the Geeks, The Doobie Brothers were tagged to the Freaks and the Geeks, Simon & Garfunkel were tasked to the teachers, and the B-52s, well, were nobody’s business. And while all of this backstory may seem to be unnecessary to the untrained eye, what it wound up doing was lend further credibility to just how hard everyone who worked on the show strived for total authenticity within the world they were creating — and it worked. That’s why we’re still talking about it today. 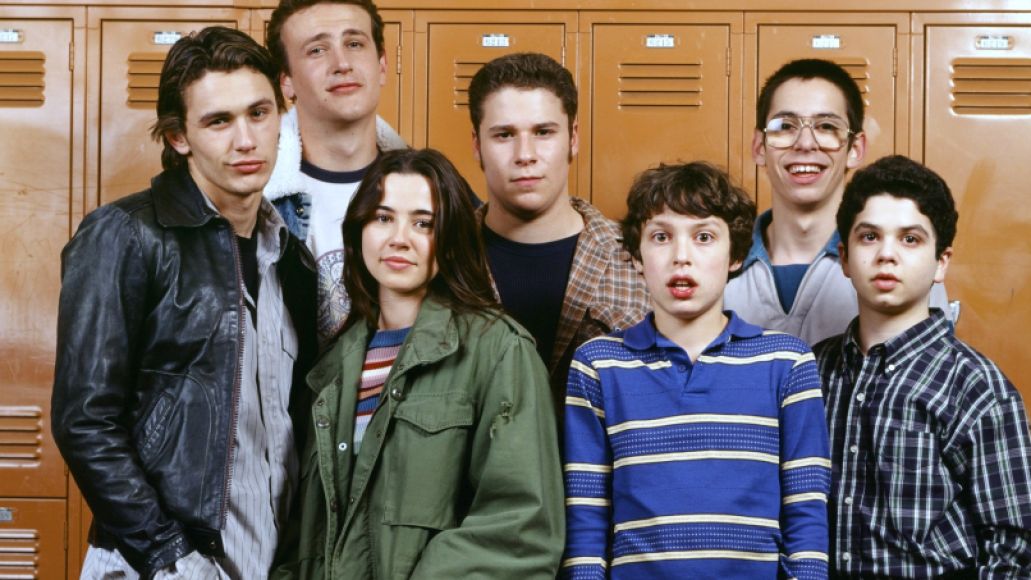 What happened with the music of Freaks and Geeks after the show went off the air, however, is just as interesting in how they acquired it in the first place. Because of how expensive all the music rights were — and the fact that home media for a failed TV show in 2000 wasn’t necessarily a thing — it would take four years of knocking on doors and fighting before Feig and executive producer Judd Apatow would ever find someone willing to pony up the dough to go back out and acquire the music rights all over again. Eventually, Shout Factory! came in and saved the day, though the advent of streaming forced that process all over again. First with Netflix in 2010, and then this year with Hulu, where the entire original soundtrack remains intact.

In celebration of its return, Consequence of Sound‘s own Andrew Buss recently spoke with the shaggy rockers at heart who helped the show find its voice. Below, you’ll hear from creator Paul Feig, executive producer Judd Apatow, composer Michael Andrews, music supervisor Buck Damon, and actors Martin Starr, Samm Levine, and Busy Philipps about finding the right tone from a music standpoint, their favorite music-based moments, and the long journey of getting it on to Hulu. 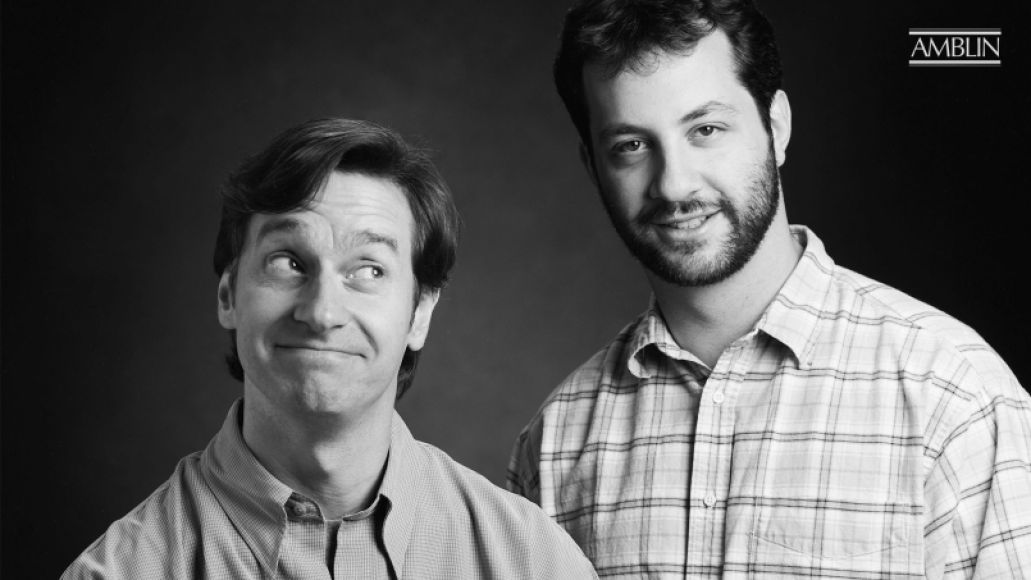 In 1999, Paul Feig sent a spec script he had written, titled Freaks and Geeks, to longtime friend Judd Apatow. At the time, Apatow had an overall deal at Dreamworks, and after reading the script, he immediately leapt on the project and got the studio on board.

PAUL FEIG (CREATOR): I knew right away that I wanted music to be a big part of it because it was so based on my experience in high school and just how important music was to all those memories and to everything we did. When you’re a teenager, especially, whatever songs are your favorite songs become the soundtrack to your life. So, I knew I really wanted to make that an integral part and wrote a lot of the cues into the actual script — some of which changed, actually. Long and short, music was always going to be very integral to it, and always something that I wanted us to write into the scripts so that we could mold scenes around the actual songs when possible.

JUDD APATOW (EXECUTIVE PRODUCER): One of Paul’s original visions is that it would have all of the music of the era, and we always thought that that was exciting. Because, at that time, there weren’t any shows using that type of music in their soundtracks or scores. It’s very common now, but to score a sequence with a Billy Joel song or something by The Grateful Dead was pretty much unheard of when we did the show. Other than The Wonder Years, you didn’t hear much classic rock music on hour television.

FEIG: I was in high school from ’76 to ’80. I had a lot of angst when I was putting the show together — whether it should be the late ’70s or whether it should be 1980 — and I finally decided to make it 1980 just because I liked all the music. I wanted to be able to use all the music that happened in high school right from the top. When I was in high school, Van Halen hit the scene and blew our minds. I wanted to be in a world where all that stuff could exist, so we could put it in.

APATOW: We were all fans of movies by people like Hal Ashby and Martin Scorsese, who used rock music so well. So this was an opportunity to do our version of it.

FEIG: When I was in school, the freaks – as we used to call them, the burnouts or freaks – were way into hard rock. So Van Halen, Ted Nugent, Led Zeppelin, the list goes on and on of just the hard rock groups. And then as geeks, we dipped in and out of all those things, really. Because we were into hard rock, too. But then we also liked dumb, novelty songs like Benny Bell’s “Shaving Cream”, you know? And then things more like Dan Fogelberg and Tim Weisberg. That kind of stuff. Also, the theme from Caddyshack, which we decided to use in there because that felt like it was so indicative of what we all liked as geeks. Music that had a connection to something else that we liked, on top of being a cool song.

I never wanted to have a strict delineation of the Geeks listen to this and the Freaks listen to this. I wanted it to be crossed over. Out on the Internet – I know it’s been out there for a long time – there’s this bible I wrote for the show. I really went through and wrote down all the bands and who would be into them. I’d say, “This is a Geek band. This is a Freak band. This is a band that both of them liked.” I haven’t looked at that list in a thousand of years, but it’s pretty interesting. It breaks down everything.