Greta Van Fleet are prepping for the release of their highly anticipated sophomore album, The Battle at Garden’s Gate, out April 16th. Now the band has shared the anthemic new single, “Broken Bells”.

A coming-of-age song of sorts, the track again sees Greta Van Fleet expanding their sonic palette beyond the restrictive classic-rock pastiche of their debut record. The prog-like Rush influences and subtle folk flourishes add new colors to the band’s sound. For the third consecutive single, Greta Van Fleet push the song past the five-minute mark as they stretch their musical ideas.

“Broken Bells is what the fetter of society does to impact a pure and innocent soul,” bassist Sam Kiszka said in a press release. “Our intention is to remove the obligation of generational synthetic expectations; break down these walls and not build new ones.”

The Battle at Garden’s Gate has been promoted as a more personal record, reflecting the “the individual members’ personal and spiritual growth during their rapid rise. It was produced by Greg Kurstin.

Greta Van Fleet Give Off Queen, Elton John, and Rush Vibes in Video for “Heat Above”: Watch

“There was a lot of self-evolution happening during the writing of this album that was prompted by experiences I had, experiences we all had,” vocalist Josh Kiszka said. “This album has taught us a lot, about life in general, about ourselves, about all of us, about the world we live in.”

In conjunction with the new single, Greta Van Fleet announced a limited edition “tie dye” double-LP pressing of the new album, featuring deluxe see-through packaging. You can pre-order the exclusive pressing for $36 via the band’s merch store and pre-order the album in other formats via Amazon.

Stream “Broken Bells” and check out the tie-dye vinyl pressing below. 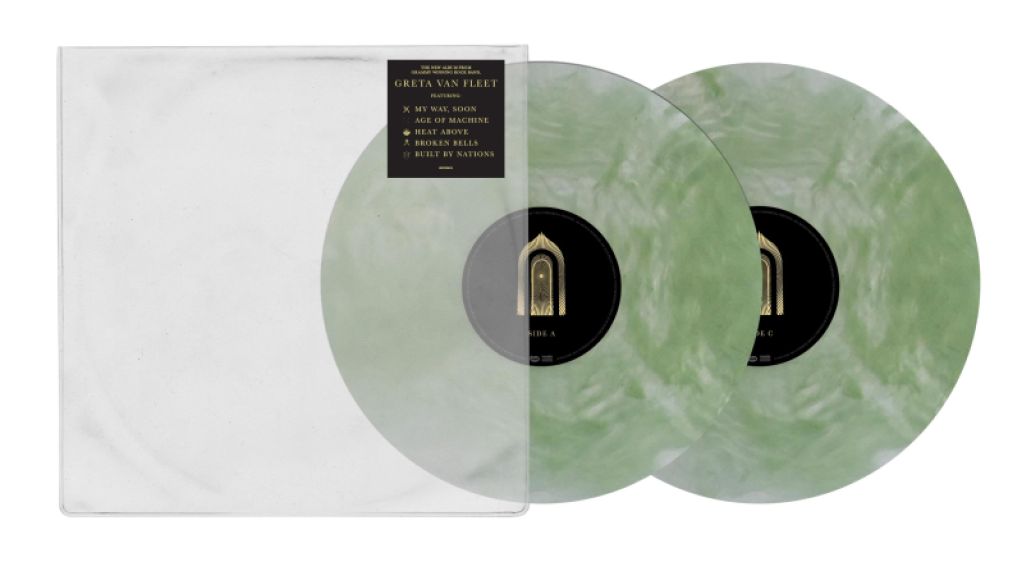