Bloc Party founder Kele Okereke has announced a new solo album. It’s called The Waves Pt. 1 and it’s due out May 28th via his own label KOLA Records/!K7. To celebrate the announcement, he’s shared a single from the record dubbed “Smalltown Boy”. Stream it below.

This is his fifth album under the name Kele, following his 2019 full-length 2042 and his musical soundtrack Leave to Remain from that same year. According to a press release, he created the record entirely on his own while holed up during quarantine. Most of the tracks draw their influence from film scores and classical music, while the lyrics seeks to transform the traditional topics of pop music into meditative passages.

“We were due to start working on my second musical with the Lyric Theatre but when the lockdown came into effect those plans were thrown into disarray. I became a stay at home dad of a 3 year old and a 6 month old,” said Okereke in a statement. “What also became clear was that I still had the desire to create… I knew I had to fill in the space of this record entirely by myself, which was daunting but also very liberating. This album is literally the sound of me.”

If Kele’s most recent song prior to now — the 2042 B-side “Melanin” — seemed too gruff and industrial, then this new single “Smalltown Boy” will be a breath of fresh air. Over a few simple guitar plucks, Kele sings about an isolating family experience in a gentle falsetto. As it turns out, it’s actually a cover of Bronski Beat’s 1984 song of the same name, but Kele forgoes the electropop backbone of the original in favor of a more melodramatic sadness and minimal instrumentation.

Pre-orders for The Waves Pt. 1 are currently ongoing over at Kele’s Bandcamp. Check out the black-and-white album artwork and complete tracklist after the jump. 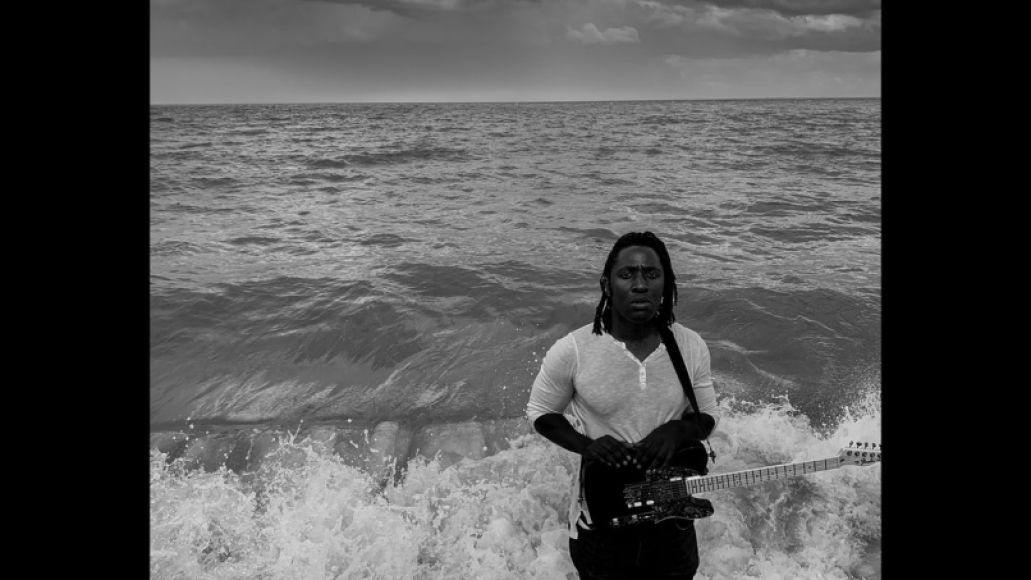