Lana Del Rey has finally released her long-delayed new album, Chemtrails Over the Country Club. Stream it via Apple Music and Spotify below, and read our album review here.

Chemtrails is the follow-up to 2019’s Norman Fucking Rockwell!. The album was originally announced in May 2020 and slated for release last September, but was pushed back due to vinyl production delays.

The 11-track effort includes the previously released “Let Me Love You Like a Woman” and “Chemtrails Over the Country Club”. Just like Norman Fucking Rockwell!, Jack Antonoff was Del Rey’s primary collaborator on the album. Zella Day and Weyes Blood appear on the closing track, a cover of Joni Mitchell’s 1970 song, “For Free”.

In the September 2020 issue of Interview Magazine, Del Rey explained to Antonoff how Chemtrails was inspired the Midwest, stating

“The record was Midwestern-sounding before I even went to the Midwest. What’s interesting about having a true muse — and it sounds kind of ridiculous — is that you’re at the whim of it. When I’m singing about Arkansas, even I’m wondering why. The one way I would describe the Midwest, Oklahoma in particular, is that it’s not cooked or oversaturated, and there’s still space to catch that white lightning.”

Del Rey also described the sound of her album, saying,  “With Chemtrails, it was like, ‘Is this new folk? Oh, god, are we going country?’ Now that it’s done I feel really good about it.”

Chemtrails Over the Country Club Artwork: 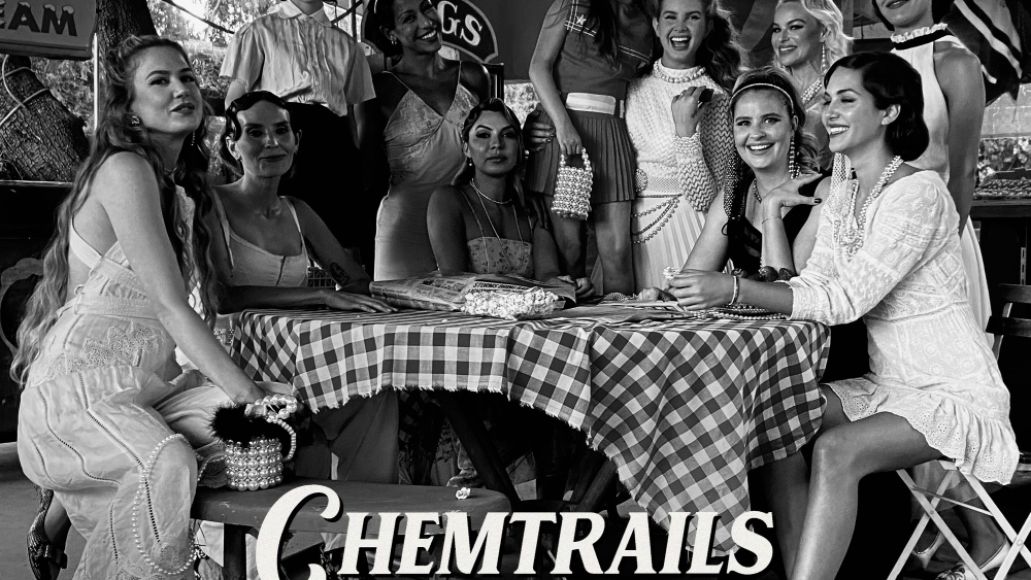