“The Black Album” is by far Metallica’s best-selling album, but the band’s finest hour is their landmark 1986 release, Master of Puppets. And there are several reasons for this bold statement — it’s one of the few “perfect” albums in rock history (in other words … all killer, no filler), and arguably the greatest thrash metal LP ever recorded. Tragically, though, it would prove to be the last Metallica album to feature the legendary Cliff Burton on bass.

With their home base set in San Francisco, Metallica issued a pair albums that caused an enormous buzz in the metal underground — their 1983 debut, Kill ‘Em All, and 1984’s Ride the Lightning – which saw the band merging the speed of Motörhead with the riffing of Black Sabbath. And with a clear line being drawn between punk and metal at the time, Metallica were one of the first bands bold enough to merge both styles together. But after Ride the Lightning was reissued by major label Elektra Records (shortly after its initial release), it didn’t take a genius to recognize that Metallica were quickly emerging from the underground, and that massive breakthrough success was inevitable.

With hair metal serving as the go-to style of MTV and metal mags by the mid ‘80s (Mötley Crüe, Ratt, Twisted Sister, etc.), Metallica – comprised of frontman James Hetfield, guitarist Kirk Hammett, bassist Cliff Burton, and drummer Lars Ulrich – served as a much-needed reaction against all the glam and glitz. Most obvious being their refreshingly dressed-down fashion sense — non-sprayed long hair, not a single smear of make-up, and sporting a seemingly endless quantity of sleeveless Misfits T-shirts.

Hooking up once more with producer Flemming Rasmussen (who had manned the boards for Ride the Lightning) and occupying the same studio (Sweet Silence in Copenhagen, Denmark), the sessions for Master of Puppets ran from September through December 1985. The album, with an iconic cover featuring an illustration of a cemetery with two hands pulling strings on the crosses below, dropped on March 3rd, 1986. The LP peaked at No. 29 on the Billboard 200 chart and soon earned gold certification. What made this such an extraordinary accomplishment was that it was done with absolutely no radio or video airplay (both were key components to breaking bands at the time).

A large part of the album’s sonic success was the strength of the material and the band’s airtight performance. The popularity of the “guitar riff” had dwindled somewhat amongst metal acts at the time, but Master of Puppets was simply crammed with riffs that were so melodic that you could actually sing along with them. Case in point, the album-opening “Battery” and, most notably the masterful opus that is the album’s title track. Master of Puppets also showcased Hetfield’s distinct style of rhythm playing — palm-muting the low E string and rapidly downpick it, while playing a chug-chugging rhythm — which would soon be copied by countless others throughout the metal kingdom.

While seemingly most thrash bands at the time chose nonstop mayhem from the first note to the last on their albums, Metallica took a cue from such metal and hard rock forefathers as Sabbath and Led Zeppelin to break things up with a serene tune or two. Which in turn, not only created a contrast between the lighter and heavier moments, but made the heavier moments somehow sound even heavier. For example, the classical guitar interlude that precedes “Battery”, the slower parts of “Welcome Home (Sanitarium)”, and portions of the mood-shifting instrumental “Orion.” Of course, there are also moments of pure fury, such as the aforementioned “Battery” as well as “Disposable Heroes”, and, especially, the album-closing “Damage, Inc.”

Lyrically, Master of Puppets was the polar opposite of the party-hearty topics that your average metal band was specializing in circa ‘86. The title track focused on drug addiction (including the classic line “Chop your breakfast on a mirror”), “The Thing That Should Not Be” touched upon on the works of horror author H.P. Lovecraft (“Not dead which eternal lie, Stranger eons death may die”), “Disposable Heroes” on warfare (“Back to the front!”), and “Leper Messiah” (a title that may have unwittingly been borrowed from David Bowie) featured lyrics that focused on televangelists — a topic that would soon be borrowed by countless others, including Ozzy Osbourne’s “Miracle Man”, Testament’s “Practice What You Preach”, and  Iron Maiden’s “Holy Smoke”.

What really introduced Metallica to the masses was their “Damage, Inc.” tour, which saw the quartet land the opening spot on Ozzy Osbourne’s North American arena trek in support of his hit album The Ultimate Sin, and also set the table for Metallica to soon be an arena headliner themselves. The tour also gave Metallica a real sense of financial success for the first time.

“When we were halfway through the Master of Puppets tour cycle, we did six or eight months opening for Ozzy, and the last US show was somewhere in Virginia,” Ulrich told GQ in 2020. “Our manager came out and we had a meeting in the back of the bus on the afternoon of the show. He sat down and he told us that we all made enough money now to be able to buy houses when we got back from this tour.”

Sadly, what should have been a year of triumph and celebration for the group also included the band’s worst tragedy. Cliff Burton was killed in a tour bus accident on September 27, 1986, near Ljungby, Sweden, leaving the band to mourn the loss of their beloved bandmate and the metal world to say goodbye to one of its most talented musicians.

Somehow, the band soldiered on, quickly enlisting Jason Newsted on bass, and completing the Damage, Inc. Tour. Over the years, the popularity of Master of Puppets has only increased, sitting at the pinnacle of thrash albums, and, at last count being certified six-times platinum in the United States alone.

The Legend of Metallica’s Cliff Burton Lives On

“That album, for me, is my favorite Metallica album,” Hammett told me when I interviewed him for Rolling Stone in 2012. “We had been playing together as a band with that lineup for about three years. We were definitely peaking, and Master of Puppets, in my opinion, was the sound of a band really gelling and really learning how to work well together. At the time, we were just making another album. We had no idea it would have such a range of influence that it went on to have. It was the first time that we could spend time in the studio and work on guitar sounds for a couple of days, really experiment with different sounds and overdubs. It was just a good time for me…and I played a lot of poker with Cliff Burton in the studio.”

To this day, metal fans all over the world are still obeying the Master! Master! 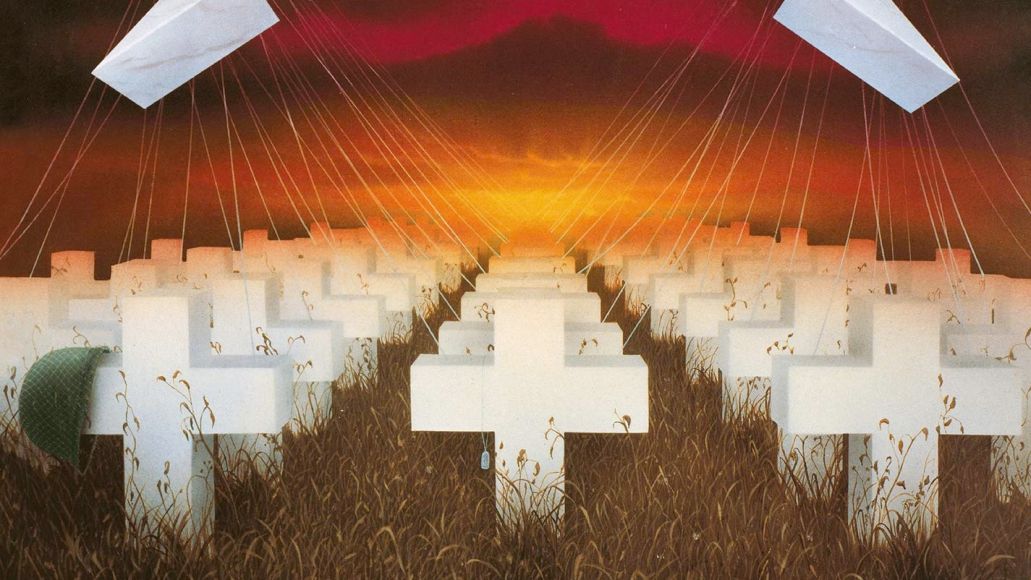 Stream Master of Puppets below, and pick up the album on vinyl and other formats here.