Country superstar Miranda Lambert has teamed up with songwriters Jack Ingram and Jon Randall for the new album The Marfa Tapes. It drops May 7th, and to preview the release, the group has unveiled the lead single “In His Arms”.

Lambert, Ingram, and Randall are hardly strangers; the trio previously collaborated on Lambert’s twice Grammy-nominated single “Tin Man” (2016), as well as the fan favorite “Tequila Does” (2019). Fresh takes on both of those songs will appear on The Marfa Tapes, but the majority of the 15-track effort has never been heard outside of Marfa, Texas.

The small town is home to only about 1,800 people, but for five days last November it also hosted three musicians, two microphones, and one acoustic guitar. The stripped-down recording session tried to capture the stark beauty of the Texas landscape, as Ingram noted in a statement. “There’s something singular that happens in that moment of collaboration and creation, something you can never really recreate in the studio. Our hope with this album was to share a little bit of that magic with people.”

“I’ll never forget pulling into Marfa that first night at 4am,” Lambert said. “The stars were like nothing I’d ever seen before, just this endless blanket hanging so low you could reach up and touch them. I immediately understood why this place was so special.”

“There’s no TV, no radio, nothing to do out there but pour a cocktail, sit around the campfire, and talk,” added Randall. “Eventually, that just inevitably leads to songs. There’s no pressure to write, but most of the time, the three of us can’t seem to help ourselves.”

The lead single is a tender, lonely tune that’s rooted in the open expanses of Marfa. “Is he praying for rain out in West Texas?” Lambert sings. “Is he lost in the Marfa lights? Is he out there looking for me? Wishing I was in his arms tonight?” The accompanying music video was filmed at sunset, and in keeping with the sparse ambitions of the project, it shows nothing more complicated than three friends playing music next to a pickup truck. Check it out below.

The Marfa Tapes arrives May 7th through Vanner Records/RCA Nashville and pre-orders are off and running. Earlier this year, Lambert appeared on Barry Gibb’s album Greenfields: The Gibb Brothers Songbook, Vol. 1. 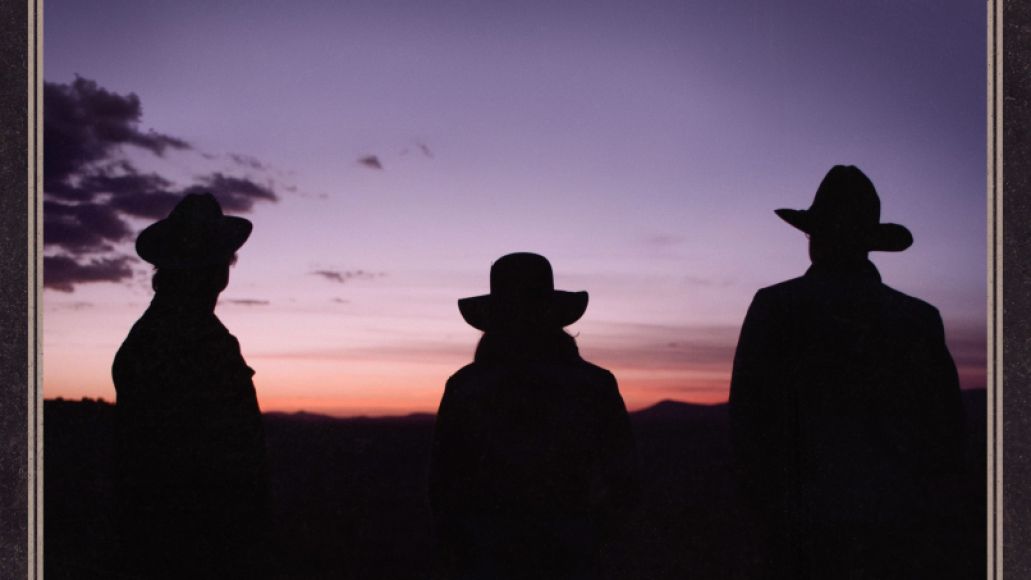