I don’t know much more about Jeff Mangum now than I did when I first heard his voice wavering off of a cassette tape in the winter of 2001. The mix in question came from a friend I had a crush on, one who’d finally agreed to clue me in to the cool bands she listened to, and I spent the early part of that year dutifully studying its bands and songs. It’s 20 years later, and in some ways, I’m still gathering intelligence. I’ve read all about Ben Gibbard’s divorce and mid-life dive into ultramarathons. I attend living room concerts from Ken Stringfellow, where I listen to him sing and reminisce and crack jokes about Posies bandmate Jon Auer. I follow Travis Morrison on Instagram; a couple weeks ago, I liked his post revealing that he’d received his first dose of Moderna’s COVID-19 vaccine. Middle age comes for everyone, even my teenaged merchants of cool.

Jeff Mangum, though? Who knows. That’s by design, of course. Elusive even when his band was still making music, the Neutral Milk Hotel frontman has retreated even more from public life in the ensuing decades. Even as his band’s seminal debut record, On Avery Island, celebrates its 25th anniversary this week, you won’t find any retrospective that includes Mangum’s perspective. Save for a few guest appearances and a brief reunion run in the mid-’10s, Mangum no longer plays live. His website hasn’t been updated since 2017. He maintains no social media presence (though, in 2020, he did release a statement asking fans to vote for Bernie Sanders via the Twitter account of his wife, activist and filmmaker Astra Taylor). His last interview appears to be this one conducted by Pitchfork’s Marci Fierman in 2002; even at the time, Fierman noted how “Mangum seemed not only to have ducked the spotlight, but perhaps to have stepped inadvertently into some negative-matter black hole.”

Since that interview, Mangum mostly continued down that black hole and not inadvertently. His absence spawned a small cottage industry of “Where’s Jeff Mangum?” articles from music journalists, beginning with a 2003 cover story from Creative Loafing literally called “Have You Seen Jeff Mangum?” Each subsequent story tried, in its own way, to grapple with why Mangum left and when he might return for good. The results are often as overwrought as they are hopeful and come with headlines like “Myth, Mystery, and Enduring Songs” and “A Timeline of His Lost Years.” In 2008, on the 10th anniversary of In the Aeroplane over the Sea, Slate’s Taylor Clark (no relation) dubbed Mangum “the Salinger of Indie Rock.” Eight years later, attempting an industry-wide course correction, Luke Winkie of The AV Club devoted 2,000 words to answering the headline-worthy question: “How did the Neutral Milk Hotel legend get so out of hand?”

By the end of his article, Winkie had his answer: fans conflated Mangum’s reclusiveness with the kind of lone-wolf genius trope beloved by ex-gifted kids everywhere and expected that silence one day break in a shower of even more rapturous wisdom: “A cult needs something to work toward, a communal faith that someday, somehow, it’ll all come together. But they were wrong. Mangum’s fantasies and terrors briefly aligned with his commendable creative ability and manifested in an amazing album that’s touched millions of people. Along the way, we lost sight. Maybe it’s more fun to think of Mangum as one of America’s lost poets, but his reclusiveness was not meant to encourage that doctrine. The man behind the curtain buys groceries and drives a Volvo. That can be beautiful, too.”

So, without input from the man himself, how do we solve the riddle of Schroedinger’s Jeff? Now that I have the opportunity to weigh in, I’m going to do so in the most frustrating way possible: by declaring the whole premise invalid. My answer to this question is the same as it would’ve been in 2001, had some time traveler thought to ask it: the best way to listen to a Neutral Milk Hotel album is for the first time.

This kind of no-stakes listening experience is especially beneficial when it comes to Neutral Milk Hotel’s debut. Never as acclaimed or accessible as its more presentable younger brother, On Avery Island often suffers by comparison to In the Aeroplane over the Sea. Listeners in 2021 can also add to that a quarter century of critical baggage, which reduces the record to some combination of the start of a cult recording career that would be over just two years later, an easy punchline for jokes about a certain strain of ’00s-era hipsters, or another data point of the extended psych revival that produced everyone from the Happy Mondays to the Brian Jonestown Massacre.

So, for this 25th anniversary spin, I tried to forget the little I’d learned about the legend of Jeff Mangum since those early days. Absent any details about Mangum’s subsequent years, what are we left with when we spin the record now? Unsurprisingly, there’s a terrific, if not quite genre-defining, album buried under all that hype. Buoyed by the production skills of Apples in Stereo frontman Robert Schneider (who gets every ounce of sonic juice possible out of his 4-track on this one), the album buzzes with a drone of humid guitars only broken by the occasional crashing cymbal or mournful trombone peal. Mangum’s voice floats above this feverish swampland, keening like a half-tuned sitar and weaving a cryptic tale of sex and guilt and grotesque pregnancy that sounds pretty profound as long as you don’t actually try to make sense of the narrative. You can almost hear the calculations made by a generation of indie-kid mix-makers not unlike my friend — use “Song Against Sex” if you need a smashing opener, deploy “Gardenhead/Leave Me Alone” for a tone-shifting slowdown, and end with “Pree-Sisters Swallowing a Donkey’s Eye” if you want to really test a friendship.

Reconsidering On Avery Island now, my dominant feeling towards Mangum is one of gratitude; I’m happy that he made the record, and I’m also happy that he disappeared from public view not long after. In addition to satisfying his own need for privacy, that retreat also allowed me (and probably a few listeners like me) to freeze his albums in time, divorced from their main creative force and uncolored by the weight of lackluster singles or misguided tweets to come. Thanks to Mangum’s disappearing act, I can still come closer than usual to remembering what it was like to hear his music for the first time, in all that wonderful ignorance. It’s a luxury I haven’t been able to maintain with my other favorite artists for whom biographical material is in greater supply; I still wail to Tallahassee by The Mountain Goats, but I do so now having watched John Darnielle nerd out over Magic: The Gathering on Facebook. Seeing your hero open a booster pack changes things, you know?

Neutral Milk Hotel’s always been the exception to the rule, though, and that exception is deviating even further from those norms as time goes on. Engagement matters. Checking in matters. Content for the sake of content, somehow, matters. Twenty-five years after the release of On Avery Island, it’s difficult to imagine a young band plotting the same career trajectory today and cracking your average Discover Weekly playlist. In the age of algorithms, anonymity has its limits; eventually, your listeners are going to want more than you’re willing to give. There are a few test cases out there that might prove that assumption wrong (chief among them, the as-yet-unmasked British collective SAULT), but for now, we can’t know for sure.

Meanwhile, Mangum walks among us, in artistic debt to no one. Chances are this anniversary will come and go without any comment from the man who made it worth marking in the first place, and that’s ok. His albums are still here, and they’re still quietly revelatory, whether you’re listening for the first time today or recapturing the feeling of listening for the first time 25 years ago. Somehow, I hope it’s the former. Now, if you’ll excuse me, I gotta go see if my Walkman still works. I have a tape I need to listen to.

Pick up a copy of On Avery Island here… 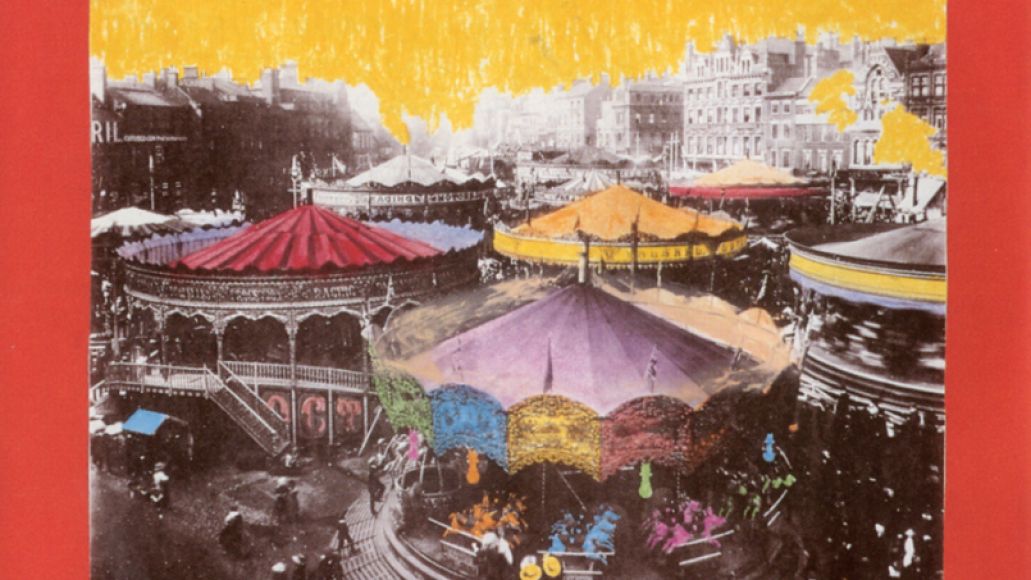