It’s hard to fathom, but April 21st, 2021 marks the fifth anniversary of Prince’s death. On that day, the musician’s longtime home-turned-memorial, Paisley Park, will open its doors and allow fans to pay their respects to the icon, whose ashes will be on display in the atrium.

Paisley Park in Chanhassen, MN, will be open for free visitation on April 21st, welcoming fans to view the custom-made ceramic urn containing Prince’s ashes, as well as to leave flowers, mementos, and other memorial items in front of the Love Symbol statue outside the building’s main entrance.

As Billboard points out, Prince’s ashes had been displayed in the atrium of Paisley Park in the immediate aftermath of his death, but were later removed from public view at the request of his family. So this is a rare opportunity to view the musician’s remains.

“We celebrate his life and legacy every day at Paisley Park, a place that Prince wanted to share with the world,” Paisley Park Executive Director Alan Seiffert said in a statement. “So, on this day especially, we acknowledge the incredible force and inspiration Prince is in people’s lives and open up our doors for them to pay their respects.”

Because of COVID-19 restrictions, attendance will be limited to 1,400 guests. Visits will be timed and advanced registration is required.

For those unable to visit in person, an online memorial is being created.

Prince died on April 21, 2016 at the age of 57 from an accidental fentanyl overdose. 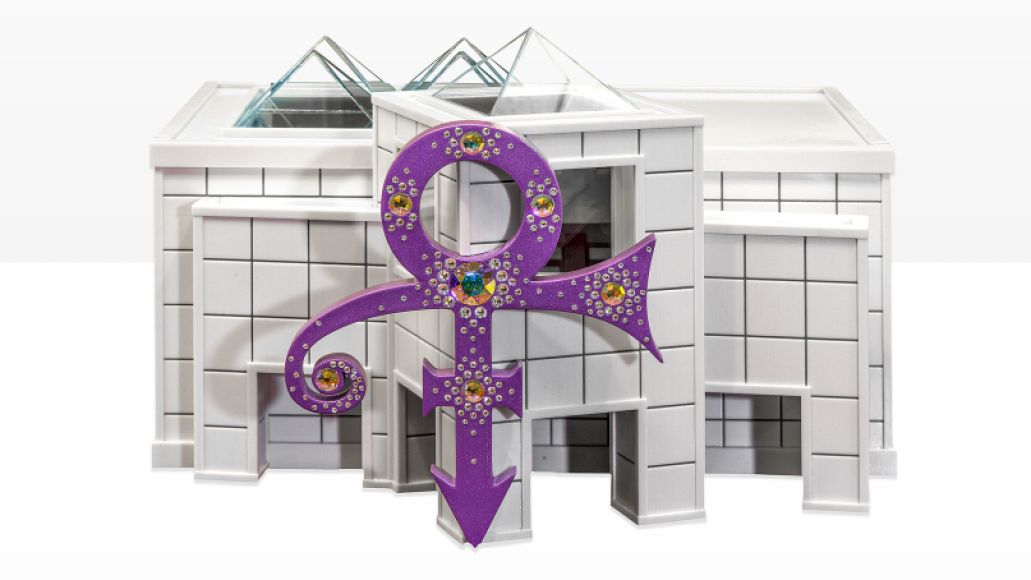