In our Track by Track feature, artists guide listeners through each track on their latest release. Here, Regional Justice Center singer Ian Shelton pulls back the curtain on the band’s new album Crime and Punishment.

Hardcore act Regional Justice Center have unleashed their new album, Crime and Punishment, out now via Closed Casket Activities. The LP clocks in at a blistering 13 minutes but leaves an impression that lasts far longer.

The album shares its name with the legendary novel by Fyodor Dostoevsky and tackles similarly weighty themes of postmodern existence. As RJC vocalist and multi-instrumentalist Ian Shelton explains in the remarks below, many real-life events inspired the passionate outbursts of anger and disillusionment heard throughout Crime and Punishment.

Shelton previously said the record was about his “roots,” exploring “broad societal ills” from a personal perspective. In this case, the lyrics examine his self-described “white trash” upbringing and the incarceration of his younger brother.

Now that the album has been released, Shelton opens up to exclusively to Heavy Consequence about the meaning behind each song in a thorough, revealing breakdown.

Stream the album and read Shelton’s track-by-track commentary below.

Preface: Crime and Punishment was written as cause and effect, upbringing versus current reality. I tried to steer away from “woe is me” and towards empathy whenever possible. It’s about growing up white trash and realizing it will never change but that it doesn’t have to limit what you do with your life.

This is probably the most literal title on the record. It was one of the first song titles thought up, along with “Dust Off”, so I love that they’re the opening 1-2 punch. My mom originally was raising me as a single mother and I was an only child, most likely a giant brat. One day after checking out at a supermarket I asked her if I could get Hot Cheetos. Instead of her telling me I had missed that window because we already checked out, she said, “They said you could have them, just go grab them,” and then we walked out of the store. Even at that young age, I knew that it wasn’t quite true, and it started a habit in me at an early age of realizing I could just take something if I wanted it.

Something I wanted to focus on with this LP is how all these f–ked up traditions get passed down and I thought of how I went on to teach my little brother this same method. I was probably 17-18 and he was like 12, and I thought I was doing him a favor showing him how to shoplift in a way he where wouldn’t get caught. This was youthful ignorance paired with probably trying to look cool? But, either way, it passed on some form of corruption to the next.

“Unhear Inhalation, Static Forms a Pattern, Connecting Dots from Nothing, Turning to Dust”

My friends have been subject to me telling insane stories about things seen and experienced within my family dynamic for far too long. These stories have always been comedic to me but most likely incredibly draining for them. “Dust Off” is basically just the retelling of how a family member briefly got into doing Dust Off because they saw it on Intervention. It was an act of depravity for depravity’s sake, you could hear the sound of the can everywhere in the house. Looking back on it now, I see it as an attempt to get everyone to feel the same pain they were feeling; it wasn’t about searching for new ways to get high while watching A&E. The more I look back, I see the adults around me attempting to escape their pain and through that escape they transferred it onto us. I imagine their parents were doing the same and it forms the infinite chain of generational trauma.

“It’s a Waste. Disdain. A Reputation, a Stain for All to See. Roots, Wrapped Around My Neck, Stranglehold on What I’ll Become”

Anyone who grew up with an alcoholic parent can most likely relate to the seemingly infinite time that they can be passed out. It can feel like it’s been weeks or months since you’ve talked to them, and for me, that absence started to callous. The song is a culmination of a couple ideas of growing up in that environment in general. I remember a kid in elementary school telling me he wasn’t allowed over to my house because they knew we had “problems.” It felt like the ultimate shame, something I’d never live down. Eventually I just had to accept it and embrace it as part of who I am — not only as something bad but also as something ultimately good that gave me a perspective on life most people don’t get.

“Do You Lie to Get What You Want?”

Sometimes you lie without even knowing it; you yourself are convinced you mean what you say in attempt to get something but quickly your brain flips once you receive it. It’s about knowing yourself and realizing what you are taking from someone in the pursuit of what you want. It shouldn’t be hard to do, but it is.

“Smoldering, in the Front I Lay, Ash Leaves a Pattern, Trash Life on Display”

Lyrically, I wanted to make it the ultimate white-trash-fighting-in-the-front-lawn song. A formative experience was having my entire family in the front yard watching my uncle getting arrested. He started calling my mom names, so my dad took offense and attempted to rush at him to fight. However, the cops arresting my uncle saw it as a big man charging them, so they all drew their guns and got him on the ground. Mom is screaming, my uncle still yelling, the cops with their guns drawn; I’m just standing there watching when I turn my head to the side and notice all my neighbor friends down the street watching. This was the moment I realized I couldn’t hide what I was anymore and I just had to make it my own. I started telling these insane stories to my friends as if I was doing stand up and realized I could take the power back and make it all seem less harmful and more a comedy than tragedy. This was only one of the incredibly public performances on our front lawn, but my heart goes out to anyone else who knows how it feels to unravel in front of your neighbors and friends.

“Egotistical Plot to Dethrone and Enslave, Without Perception There’s No Succession, Left in an Unmarked Grave”

This is the start of side B of the LP which to me is the consequences of the upbringing. Instead of me getting the traditional addictions of my family members, I became addicted to having a goal. Since I can remember, the only thing I’ve ever really done is plan and be obsessed with whatever it is I’m trying to get done. This comes as a detriment to my friendships, love life, and even eating schedule. It’s outright obsession, and it’s something that I don’t know I’ll ever be able to manage, but this song is acknowledging how that “addiction” exists in me and that I know it’s silly and dramatic at its core.

“I’ll Drown Myself, I’ll Burn the Bridge. Sleep on Concrete”

Definitely the most melodramatic song on the LP. With “Concrete”, I wanted to reflect on the couple times I chose to be homeless. It’s something that my brother and I both shared in experientially; both of us chose to springboard out of the family unit as fast as we could and didn’t really decide where we were gonna land. Ultimately this song is less about the actual act of being homeless but about being too stubborn to accept help and ultimately choosing it because at the time, I didn’t think I deserved better. I also liked this following “Conquest” because it shows this arrogance of wanting to take over the world, but then, in reality, you’re stuck sleeping in Chinook Park.

“Solvent” – “Temporary Reset Damned to Cycle”
“Solvent” tracks the spiral further down, now, in looking at the escape through drugs. Ninety percent of my drug experiences have been in the last two years due to me involving myself with a certain youth culture concerned with sobriety for a large portion of my life (cough, cough). But with the pandemic, I felt myself enter into a cycle with it for the first time; I also felt more empathetic towards the escapism I once condemned. At a certain point, when you find bliss in an altered state, you think, “If this is where someone is trying to escape to, then I understand.”

“Fist to Face, Knife to Gut, from Giving Chase to Giving Up”

The final step in the downward spiral. Something that everyone in my family has inside them is this hidden violence that might spring out of nowhere; we’re all aggro and we all flip on a dime. As most reading this know, RJC started as a collaboration with my little brother currently serving 72 months for a violent crime, and this song was a way of connecting that bad decision to the times I made similar decisions. Violence is ever present, and it builds and breaks. You just hope that when it finally does break, that it doesn’t leave you with something permanent.

“Meant to Thrive, Left to Die”

This track puts a bow on the record in the way that I didn’t expect when writing it and ended up being the culmination of how I feel about every f–ked up kid. We’re meant to thrive, but through all the various systems we’re run through, we’re ultimately left to fend for ourselves. No matter what we came from, we have to acknowledge we deserve more, and then we have to figure out how to get to whatever that is. I end the record with smashing together two Beatles quotes that I felt say it better than I ever could: “I wish there was a way back home but now we’re left to carry this weight.” Everything that ever happened to me will be carried on my back forever, and I have to go into the world rationalizing, rejecting, and embracing it in my every move, and if I could, I wouldn’t change it.

Our thanks to Ian Shelton and Regional Justice Center for providing this exclusive track by track. You can pickup the new album via Closed Casket Activities or Bandcamp. 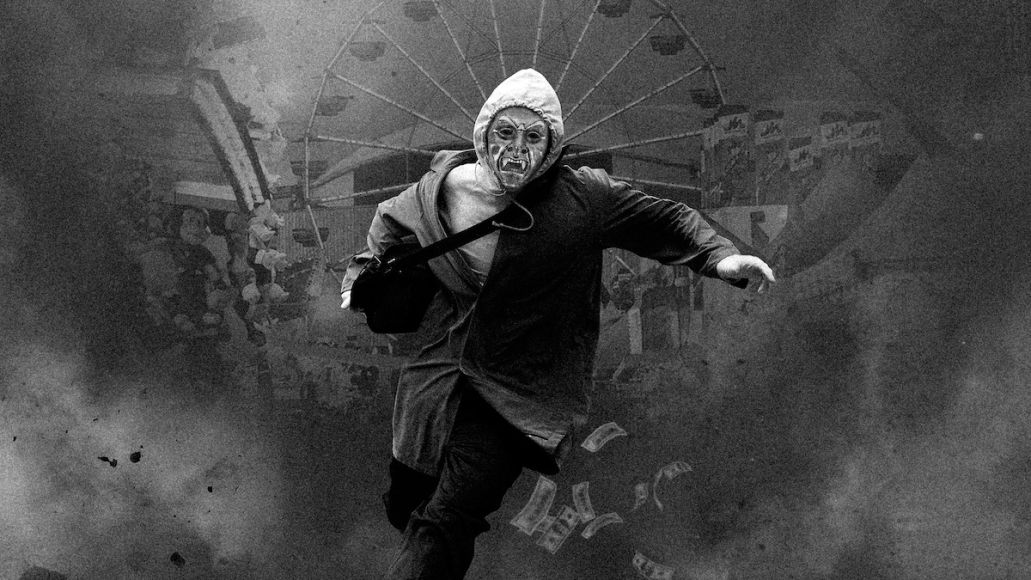