Bobby Gillespie of Primal Scream and Jehnny Beth of Savages have announced a new collaborative album called Utopian Ashes. The project is due out July 2nd via Third Man Records, but today they’re sharing its lead single “Remember We Were Lovers”.

There’s a 22-year age gap between the alt-rock icon and the post-punk frontwoman, but the two were introduced through an institution from yet another generation: Suicide. The pair met when they both asked to perform with the now-defunct synth-punk legends at the Barbican Conservatory in 2015, and the following year Beth ended up joining Primal Scream for a live duet of Nancy Sinatra and Lee Hazlewood’s “Some Velvet Morning.” The two hit it off and started writing a record together in 2017 alongside Beth’s close collaborator Johnny Hostile and the rest of the Primal Scream band (guitarist Andrew Innes, pianist Martin Duffy, and drummer Darrin Mooney).

After a few years of tinkering, they finally emerged with the ten-track debut that is Utopian Ashes. According to a press release, the record is a fictional story about a marriage that slowly disintegrates over time. Although Beth and Gillespie come from left-of-center rock backgrounds, this album is mostly inspired by the sweet dreariness of country legends like Gram Parsons, Emmylou Harris, George Jones, and Tammy Wynette.

“Remember We Were Lovers” is a dreary ballad with that exact vibe. Gillespie and Beth alternate between trading verses and harmonizing with each other, and the arrangement ascends from a stark piano melody to a weepy slide guitar solo and a bombastic horns section.

Its accompanying video, directed by Douglas Hart (The Horrors, Paul Weller), features Beth and Gillespie existing in the separation they’re singing about. It’s all in black and white and there are some cool editing tricks with silhouettes and inverted colors. Check it out below.

In a statement, Gillespie said that his intention with this record was “to put pain back into music”, and he and Beth expanded upon the character-driven writing process for the world they built with Utopian Ashes.

“In the same way you create characters for a novel, we’ve created characters here,” Beth said. “But you put yourself in it, because you’re trying to understand the human situation. The singing has to be authentic. That’s all that matters.”

“When you write a song you marry the personal with the fictional and make art,” Gillespie added. “I was thinking about two people living alone, together but apart, existing and suffering in a psychic malaise, who plough on because of responsibilities and commitments. It’s about the impermanence of everything — an existential fact that everyone has to face at some point in their lives.”

The tracklist and album art are available below, and the band say that pre-order options for physical formats will arrive shortly. The last Savages album, Adore Life, arrived in 2016, which was the same year Primal Scream dropped their last record Chaosmosis. 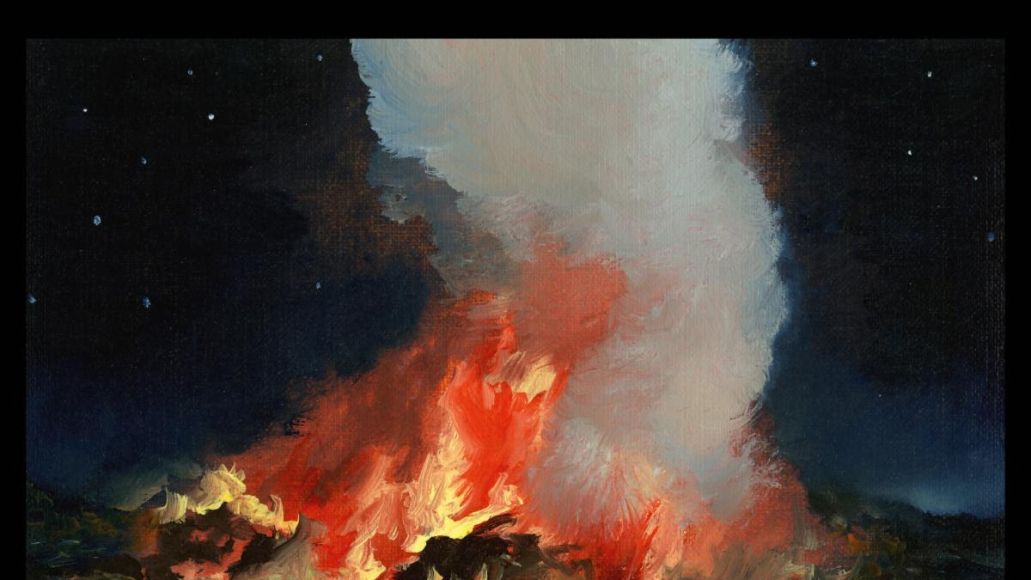