Avant-pop artist Lydia Ainsworth has announced a new album called Sparkles & Debris. The full 11-track LP is due out May 21st via her own Zombie Cat Records, but she’s giving us a sampling today with a new tune called “Parade”.

Although Ainsworth released a couple of loose singles last year, Sparkles & Debris marks the first full-length from the Toronto pop auteur since her 2019 record Phantom Forest. Ainsworth wrote and self-produced the new album between studios in Los Angeles, New York, and Toronto. However, rather than taking a firmly independent creative approach, Ainsworth enlisted a series of musical collaborators — including drummer Mark Kelso and guitarists Neil Chapman and John Findlay — to build her songs into flourishing hybrids of electronic and acoustic instrumentation.

“Parade” is a great introduction to what the rest of the record entails. Ainsworth’s fluttering voice sails above the clacking percussion, deep synth pulses, and splashes of twirling guitar licks. It’s definitely in the same camp as artists like Half Waif, Zola Jesus, and Jenny Hval, but “Parade” is a much more bright and uplifting take on that type of contemporary alt-pop.

Its accompanying video is a simple yet effective concept. It follows Ainsworth singing and dancing while strolling through a neighborhood street after a fresh snowfall. The whole thing has some sort of comic book filter on it, but it’s a really pretty and mesmerizing visual pairing for this gorgeous song. Check it out below.

In a press release, Ainsworth While spoke about the running them of Sparkles & Debris and what listeners should expect from the full thing.

“Longing seems to be a major theme running through my songs on this album,” she says. “Whether that is longing in love, longing to be free from oppression, or longing for the muse of inspiration to make an appearance. I have included some spells and charms in there as well that have proven effective, if any of my listeners want to use them for help with their own desires.”

Pre-orders for Sparkles & Debris are now live on her Bandcamp page. 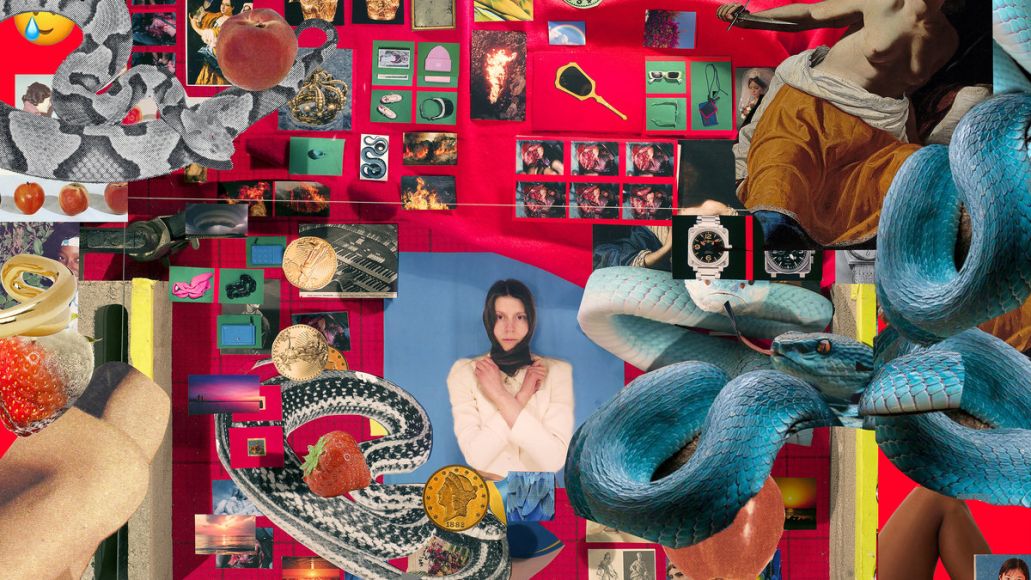