The Pitch: In 1962, Delia Derbyshire began working at the BBC’s Radiophonic Workshop. While many employees ended up being assigned to the department out of necessity, Derbyshire requested it. Fueled by her continual fascination with mathematics, music, sound, nature and the way they interact, Derbyshire was on a mission to create new and usual sounds. While best known for her contributions to the iconic Doctor Who theme song, it’s her hefty influence on the world of electronic music and glass ceiling shattering career that solidifies her reputation as an experimental icon.

Neither Mad Nor A Witch: When Derbyshire passed away in 2001, a treasure trove of unreleased tapes were discovered in her Northampton attic. Featuring personal recorded thoughts, unreleased music and snippets of sound, it’s these 267 now legendary tapes that serve as the film’s foundation. As the film walks audiences through Derbyshire’s early years, its experimental, beautifully shot bio-doc blend of styles and Derbyshire’s recorded dialogue attempt to captivate and convey the enigmatic nature embedded in the woman herself.

Deeply curious and undeniably brilliant, Derbyshire often spoke philosophically about sound and its deeper connections to humanity. By integrating this interest with technological advancements in sound technology, she often found herself judged by those (mainly male superiors) around her. Commonly labeled a feminist due to her desire to work in male-dominated fields, the film refreshingly makes special effort to point out Derbyshire’s issue with that categorization.

More than anything, Derbyshire was an individualist. Yes, she was a woman and yes, she was interested in sound. Yet these two facts didn’t—and still don’t—have any reason to be singularly associated. However, once inside the Workshop itself, Derbyshire quickly found a group of collaborators who not only appreciated her brilliance, but supported it wholeheartedly. 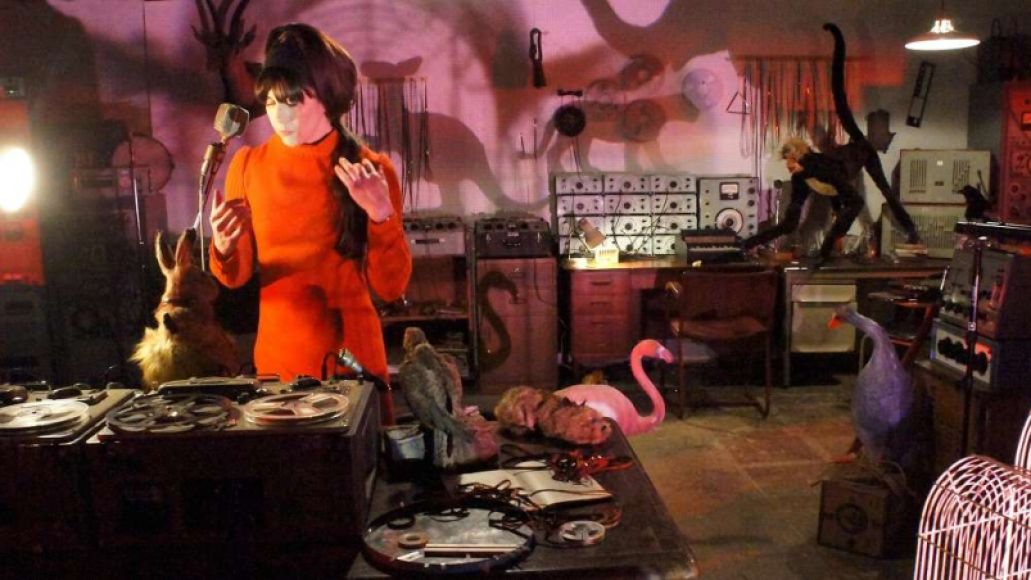 Delia Derbyshire: The Myths and the Legendary Tapes

Reverse Adrenaline: As Derbyshire’s time at the Radiophonic Workshop plays out through increased and elongated reenactments and personal interviews with former co-workers, the cracks in the stylistic execution choices begin to show. Weighty recreated conversations on music theory, philosophical implications, and amorphous descriptions of early electronic musical technology come off feeling more like an oblique university level masterclass on experimental sound. While it’s clear Catz is striving to achieve a multi-sensory presentation that mirrors Derbyshire’s unique, musique concrète approach to sound, it fails to successfully deliver. For anyone not fluent in the language of music or passionate about the early history of electronic music, the information will inevitably fall on deaf ears.

Continuing to walk down this frustrating path of colliding ideas and disjointed segments, the film exhibits Derbyshire’s personal life and later years at the Workshop. Rather than actively discussing her music and the significance of her time spent with Unit Delta Plus and Kaleidophon, Catz simply lets the moments and music speak for itself. Choosing style over substance, this tactic remains consistent for the film’s remaining runtime. Ultimately, this deliberate decision results in the second half feeling sluggish and becomes hard to remain invested in.

Putting the multi-sensory, art house approach aside, where the film truly disappoints is Delia Derbyshire’s legacy itself. Despite uniquely and blatantly laying out the facts and achievements of her life, the implications, ramifications and influence those moments resulted in are left unaddressed. Perhaps due to her notoriously private nature (giving Catz the benefit of the doubt here), the film never really dives into her struggles with alcoholism or issues with mental health. Never does the film properly explain or convey just how truly groundbreaking her influence was. Even when it comes to her public hesitancy to adopt early synthesizer technology, the underlying motivations and long-term career ramifications are never investigated. While staged conversations on wind bubbles and clouds are cool and all, it would be nice to hear more about how and why Derbyshire’s interpretation of that description led to one of the most iconic television themes in history. 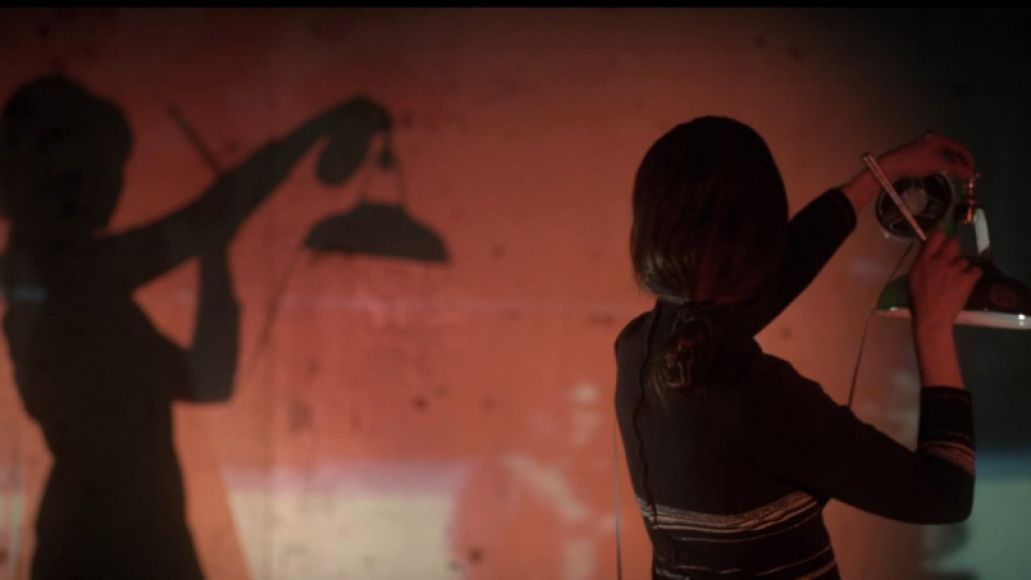 Delia Derbyshire: The Myths and the Legendary Tapes

The Verdict: Along with Bebe Barron, Suzanne Ciani and Daphne Oram, Delia Derbyshire paved the way for future generations of women interested in electronic music. She brought manipulated music into the mainstream consciousness and sent it flooding out onto the British airwaves. Her approach and fusion of sound and music would set the stage for IDM, techno and industrial music to come. Hell, even Danny Brown and Freddie Gibbs have sampled her work. This expansive and influential impact Delia Derbyshire has had on the world of electronic music cannot be undersold; and yet somehow, Caroline Catz’s clearly passionate visual cinematic art installation does.