The Pitch: In a mysterious fantasy world, an enchanted flower known as The Bloom holds the secret to many dark and powerful magicks. The tale of the Bloom, and its effect on the many inhabitants of this strange land, is told by a nearly-naked swamp witch named Tzod (Lucy Lawless) to the flower’s enigmatic Guardian (Richard E. Grant) atop a snow-capped mountain. Among her many tales are heroes and villains, religious zealots and diligent scholars, and buckets of blood and shattered bone along the way.

Fire and Ice: In the ’70s and ’80s, Ralph Bakshi was the king of high fantasy adult animation: his adaptation of Lord of the Rings, Wizards, and others. They were ornately drawn and deeply adult adventures of sword and sorcery that looked like Frank Franzetta paintings come to life. It’s in that spirit that writer/directors Philip Gelatta and Morgan Galen King have created The Spine of Night, an ambitious homage to the horny, gory fantasy films of their youth, from Heavy Metal to Fire and Ice and more. Taking the episodic route of Heavy Metal, The Spine of Night floats us from story to story of the Bloom’s influence on this unnamed fantasy land, often centering around the avarice and greed of a sorcerer/scholar named Ghal-Sur (Jordan Douglas Smith) who uses it for the classic reign of terror we expect from fantasy epics.

The overarching threads of the various stories can be somewhat hard to follow — how the world as a whole works, the politics of who’s got the Bloom and how it affects people at any given time — but that just places more emphasis on the fable-like nature of the narrative. As such, the film leans into the episodic, turning from a segment on Tzod’s death and resurrection to a vignette on how the rest of the scholars fare once Ghal-Sur gets the Bloom, to Ghal-Sur’s razing of a village after he unlocks the Bloom’s power, and so on. 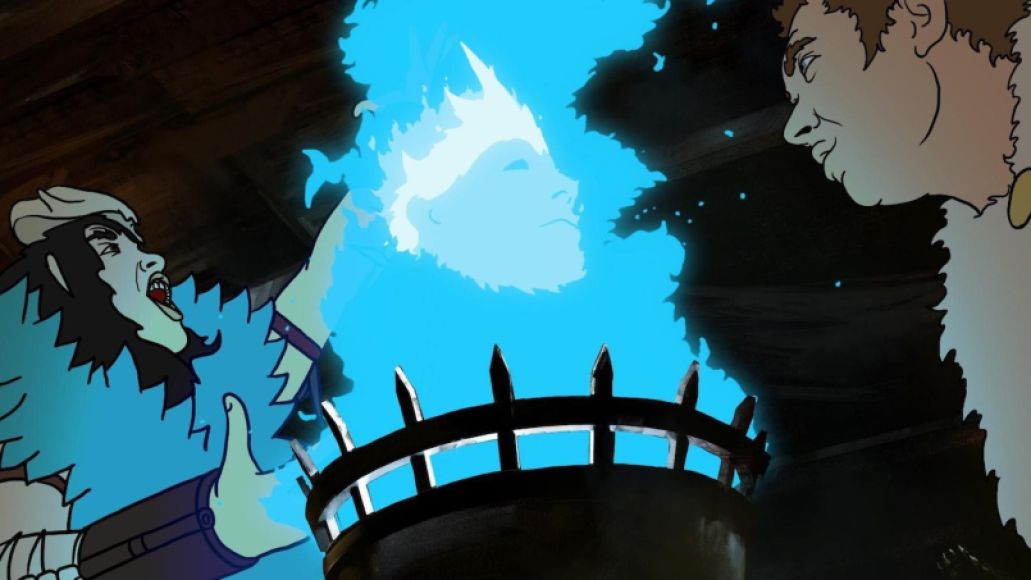 Epics and Epochs: The sprawling narrative certainly lends The Spine of Night an impressive scale for a project almost assuredly made on a shoestring budget, and the results are doubly impressive when you think about how resourceful Gelatta and King had to be. The rotoscoped animation is hardly Miyazaki, but its fluidity and realism make up for any vagueness in detail; plus, they interact with the grim, fantastical backgrounds in literally and figuratively magical ways. What’s more, the animation doesn’t skimp on the gore: spines are ripped out, bodies melt under boiling hot lava, and people are sliced in twain with a frequency that would make Takashi Miike blush. That, combined with all the nudity (there’s plenty of bare skin to be flayed or ogled), keeps the film firmly in the tradition of Heavy Metal — animation that’s firmly created for adults.

Its cynicism is remarkably adult, as well, The Spine of Night ushering us through various eras of a world ravaged by the corruptibility and malice of greedy men. The Bloom passes from one bad leader to another, not just Ghal-sur. The film’s first major vignette bolsters its star power with the help of voice actors like Patton Oswalt and Joe Manganiello as the temperamental governor of a fiefdom and his ambitious enforcer, respectively, both of whom get drawn into the Bloom’s allure. It’s only people like Tzod, a scholar-warrior named Phae-Agura (Betty Gabriel), and a trio of hawk-themed warriors who stand diligently against the forces of evil. They’re archetypes, but when you only get 20 minutes at most to get to know them, they serve the function of the story adequately. Just don’t expect to latch onto any one figure for very long; chances are they’ll lose a limb or worse by the time the film is done with them. 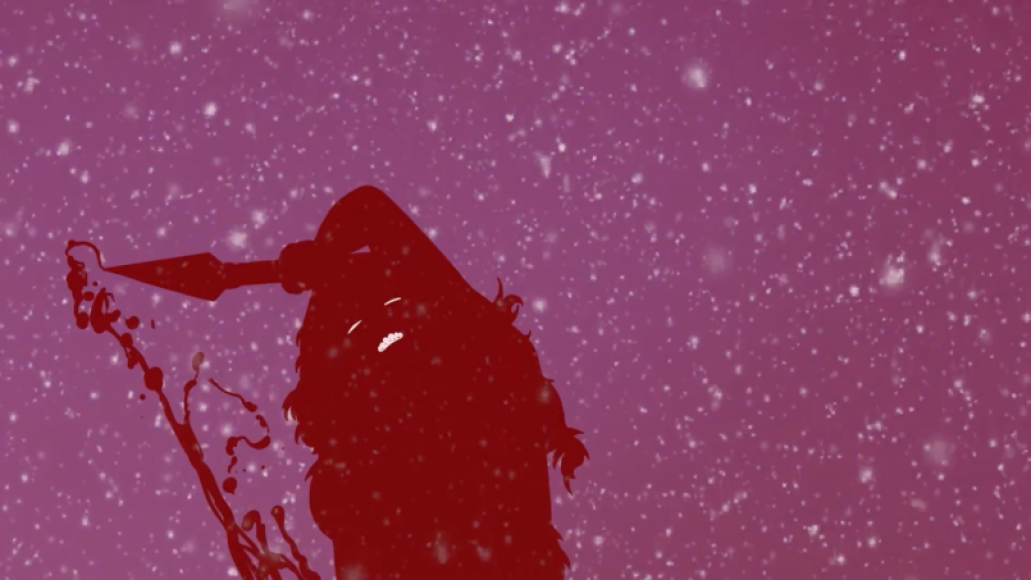 The Verdict: It’s easy to get confused trying to keep track of the convoluted universe of The Spine of Night until you realize that that’s not the point. Gelatta and King are doing several things here: paying homage to the edgy animated films of their youth, proving a bygone genre and animation style can still be done effectively and using these bare sketches to craft a high-fantasy tale of absolute power corrupting absolutely. If you grew up on Conan the Barbarian or played any amount of Dungeons & Dragons in your lifetime, expect The Spine of Night to scratch a very familiar, welcome itch.