The Pitch: Robert Kirkman, the comic book creator behind the monolithic The Walking Dead, also started a long running and much beloved superhero comic books series the same year as the zombie epic. This one, instead, takes a deep dive into the nuanced life of teenager-turned-superhero Mark Grayson. Mark is the son of Nolan and Debbie Grayson, he’s in high school, and riding the waves that most teenagers must endure: relationships, his first job, friendships, and school.

The big difference with Mark, however, is that his father is the most powerful superhuman on the entire planet, Omni-Man. So, when Mark begins to develop his own powers, his life suddenly becomes a crash course on balancing his day-to-day and his own superheroics. Things take an even sharper turn, though, when a horrific murder throws Mark’s seemingly perfect life into massive upheaval. Now, thanks to Amazon, this superhero teen soap is a bloody, true-to-form cartoon.

Quinto channels Spock as Robot, a living, walking supercomputer and leader of a teenage team of heroes who’s as strong as he is intelligent. Mantzoukas brings the familiar extravagance of his recognizable voice to the role of Rex Plode but has a surprisingly more emotional throughline that allows him to flex in areas that he doesn’t regularly get to go. 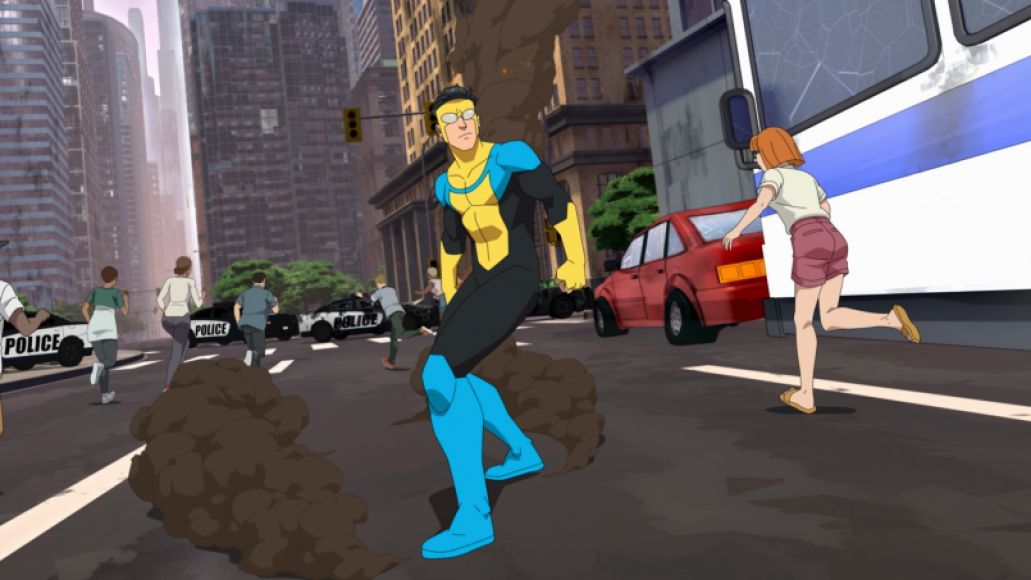 Meanwhile, the core Grayson family is made up of J.K. Simmons as Omni-Man, Sandra Oh as Mark’s mother Debbie Grayson and Steven Yuen as our titular character, Invincible. These three all show that their acting chops aren’t just relegated to live action: Oh grounds the show on a very human level as the caring mother and wife of two super powered beings; Yeun’s youthful exuberance and bashful awkwardness is the one-two punch that makes Mark an affable lead; but it’s Simmons’ stoic wisdom and monstrous outrage that will have you hypnotized anytime Omni-Man zooms on screen.

From Panel To Screen: Now, with such a stellar line up, the question remains: How does it hold up? Well, to put if succinctly, it’s a phenomenal start. The cartoon manages to perfectly bring the comic book to life. Instead of glossing over the more intimate moments, or rushing past the little things that add so much empathy and emotion to the book, the series spends a healthy amount of time not only focusing on them but expanding upon them. Amazon has thus far dropped the first three episodes, and time will fly by through the roughly hour-long segments, leaving you hungry for more.

For every incredible action scene we get, we also touch on the personal lives of our characters, and see how these two vastly disparate existences push and pull on each other. The show refuses to pull any punches, offering some of the most gut-churning battle scenes ever put to screen, with brains, teeth and guts everywhere. Yet the series then immediately grounds things by showing us Mark’s struggles, be it alongside his best friend William or the best way to prepare for a date with his crush Amber. 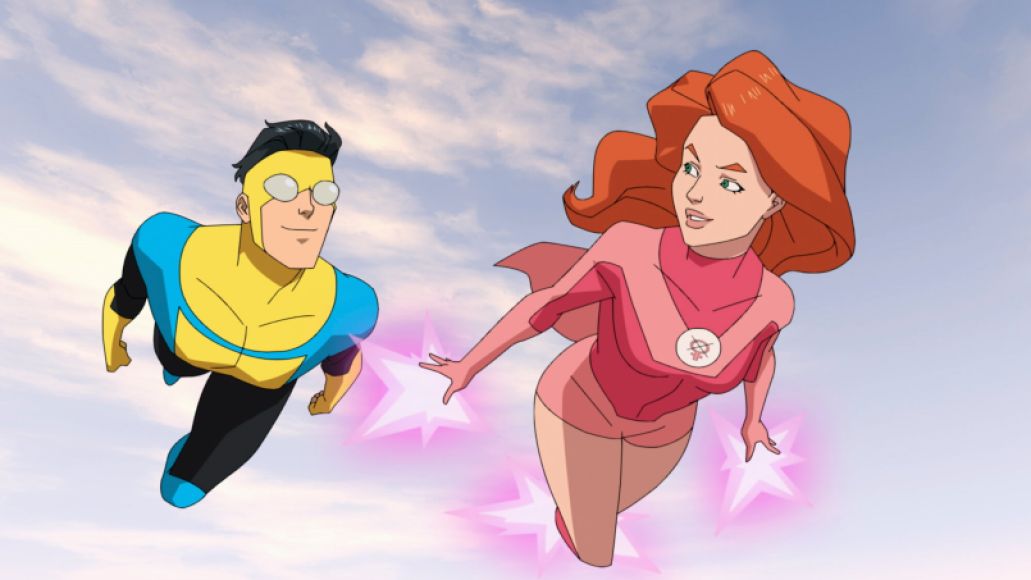 The series also dives into the fun details of superhero comics — like introducing us to the man who designs the costumes of our heroes or giving us an analogous Justice League team (voiced by a handful of The Walking Dead cast members). Across the top is a melodramatic sheen that dials back to teen soaps and the sci-fi politics of Star Trek. Because of this, Invincible can be bright and flashy (see: alien invasions, Kaiju confrontations), but also incredibly intimate (a post-battle family dinner with the Graysons).

The Verdict: Invincible will have you sucked in by the end of the first episode with great action set pieces, but will really hook you in with the human elements. Rest assured, this is so much more than just another superhero cartoon. No, this is humor, mystery, drama, romance and science fiction, all rolled up into one absolutely addictive treat.

Minari’s Steven Yeun on His Performance of the Year: “I Just Want to Keep Playing My Part”

Where’s It Streaming? Invincible is streaming exclusively on Amazon. The first three episodes have already hit with a weekly installment due every Friday for the remaining five episodes.