In our Track by Track feature, artists take listeners through each song on their new album. Today, Xiu Xiu explore the duets on their latest effort, OH NO.

Oh, yes! Experimental duo Xiu Xiu are back with their latest album, OH NO — and they’re not alone. Each track on the 15-song effort features a different guest artist, and you can stream the whole thing below.

The band’s 12th full-length serves as the follow-up to 2019’s Girl with Basket of Fruit. It’s ironically fitting that the album largely came together in 2020, as the music Jamie Stewart was writing already had its origins in a well of isolation. Even before the profound loneliness of the pandemic, Stewart was finding himself cutting off a number of close personal relationships following “surprising acts of betrayal and disrespect.”

Yet amidst all that seclusion, old friends and diehard fans began reaching out, encouraging Stewart in shared experience. In turn, he began reaching out to others, fellow artists who had inspired him both in their work and in their friendship. That led to OH NO becoming an record of duets featuring the likes of Sharon Van Etten, Circuit des Yeux’s Haley Fohr, Chelsea Wolfe, Owen Pallet, Twin Shadow’s George Lewis Jr., Deerhoof’s Greg Saunier, Grouper’s Liz Harris, Alice Bag, and others. Xiu Xiu’s Angela Seo produced the effort alongside experimental musician Lawrence English and Saunier.

Out now via Polyvinyl, you can stream OH NO below, along with the new video for “Sad Mezcalita” featuring Sharon Van Etten. Under the album, you can also find Stewart’s complete Track by Track breakdown of the LP, though he himself acknowledges these are but his own interpretations of the music. As he tells Consequence of Sound,

“I have probably said this about 10,000,000,000 times in regards to Xiu Xiu records but please note these are just my interpretations. Angela has her own, and the other people who played or sang on it (if they have any at all) have their own and we very much hope that if someone listens to it, they have their own. The following blunderings of how I feel about these songs or what they are about for me are in no way meant to decree what they ought to be for anyone else.

“Sad Mezcalita” feat. Sharon Van Etten:
This is about feeling the person you love or want to love come closer and closer to a moment of disintegration. Someone you have loved more than you could ever have hoped for, but that you have always known would disappear. Not that they would leave you but that something awful would happen to them; either they would be murdered, eternally kidnapped, or be mistakenly lost in the desert, and that they know that you know what their fate will be. What is it like to have been in the conflagration of happiness? The line “rough dreams” is swiped from the Otis Redding song “I’ve Got Dreams To Remember”.

“I Cannot Resist” feat. Deb Demure:
Angela told me that I never write a nice love song. After having written a love song based on the inevitability of that love being killed, this is that attempt, accepting flaws, accepting strange bodies, accepting insane obsession, accepting the horrors of how you treat each other, and yet wrapping your arms around a “fuck it” spirit. The line “more hot than sad” has been turned into the name for a literal hot sauce.

“The Grifters” feat. Haley Fohr:
My therapist told me I have a “punchable face.” Even after unflinching, professionalized self-examination, I don’t know why but I am in the midst of an era in which several people I was/am close to, friends and family, seemed to have no trouble treating me with bald unkindness, lying to and fucking me over. Taking intimacy and open-heartedness and disregarding it without acknowledgment or apology. The world looks different after that many beat-downs.

“Goodbye for Good” feat. Greg Saunier:
Two or three times a year I take a concerted and prepared mushroom trip into space, usually while in some natural setting. One hopes that the plants around you will share some insight into beauty blah blah blah, but the message I have gotten from plants is that they hate humans for all we have done to their world. I look at them and they scream back, “Leave us alone.” When we humans destroy ourselves plants will not miss us. In the event of inevitable environmental collapse maybe a little suicide kit is the best way to be prepared?

“OH NO” feat. Susanne Sachsse:
This is about the joy of unrepentant whorishness, perversion, sluttitude, and bonk mania. Being oneself in the midst of puritanical exploitation and constraint. Embracing one’s physicalness without emotion or bond, and not being concerned with what mommy, your uptight cousins, your teacher, or your neighbor’s horrendous dog might say.

“Rumpus Room” feat. Angus Andrew:
Perhaps parallel universes between snacks, having a secret place to hide from the other worlds, snacks maybe being that place, hating your body, hating that you hate your body, being hooked on meth, being hooked on vanity but being ugly, being an unsuccessful sex worker, being kicked in the mouth, being broke and being serial murdered.

“Fuzz Gong Fight” feat. Angela Seo:
The roof of an unsafe bar is on fire, you do not care, you are the boss of everything. In the backroom of this same burning unsafe bar, your ankles are lashed to the legs of a chair with pipe cleaners, where is your daddy? Are you your own daddy? Do you even deserve a daddy? Only daddy understands. You will do anything for them, even if they never notice, and have so many other devoted toys to play around with/wrestle into submission.

“I Dream of Someone Else Entirely” feat. Owen Pallett:
Trying to come to terms with trans-generational trauma and the similarities and differences between who and how my parents, my brother and sister, my grandfathers, and I are or were. Horrible and inane things my parents said and did to us and maybe why.

“One Hundred Years” feat. Chelsea Wolfe:
This is a cover of a song by The Cure. Obviously, I don’t know what The Cure meant by it but they have been one of my all-time favorites since I was a child. I had a nervous breakdown at the end of 2019 and as one does, I turned to music to be part of guiding me out of that morass. The Cure were one of the bands that were there for me and have always been there for me. The doomed nature of this song seems as relevant today as it did in 1982.

“A Classic Screw” feat. Fabrizio Modonese Palumbo:
This song is a spell of revenge against a specific fucker. Sometimes magic is used for good and sometimes it is used for evil and sometimes it is used to crumble the insipid and release oppressive unending circular thoughts of anger and flabbergastment back onto its Gomer Pyle-acting, Harry-and-the-Hendersons-looking source. The incantations are taken largely from candle magic and Memphis hoodoo. I hope it works! 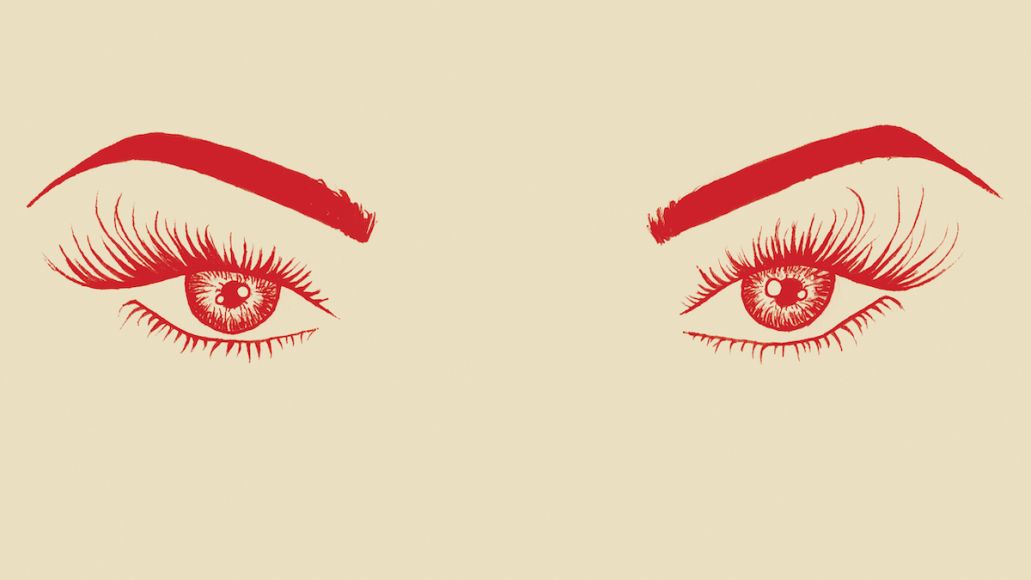 “It Bothers Me All the Time” feat. Jonathan Meiburg:
As the least honorable inhabitants of our solar system’s most interesting planet (as far as we know), it is impossible not to feel possessed by humanity’s cruelty, stupidity, and callousness as a species. No other creatures seem to have the difficulty we do with being respectful towards what we have been given by chance, Goddess, the universe, Gods or some Rick Sanchez or other.

“Saint Dymphna” feat. Twin Shadow:
Thee Saint Dymphna is thee saint of mental illness. There is a photo of her setting in the bar of my house and one at the desk where Angela has worked as a deputy of public health throughout the current plague. The song is an ode to abused teenage goth runaways, those I knew then and those I know now. There are so many reasons to run away and so many ways to start over. Maybe Saint Dymphna can help in this journey to a newness.

“Knock Out” feat. Alice Bag:
Amongst the cypress domes of the Everglades National Park, newly released from prison, newly freed from the consequences of bad behavior but having little will to reform, there is still the chance for unbridled fun, romance, adorable chaos, and superb bird watching. Go as far as you can or at least as far as you want to.

“A Bottle of Rum” feat. Liz Harris:
Looking back is rarely a good idea but if you can lie to yourself enough perhaps it wasn’t so bad. Drink up sucker, what happened is not what you think happened anyway. Roberta is the name of a cat, but in this case, a stand-in for an old friend I should have treated better. Nostalgia for once, through the haze, nice? An old band mate Don Dias used to call San Jose, San Josie. I hope he is well. I learned A LOT about music from him.

“ANTS” feat. Valerie Dias:
Stoned out of my mind I said this dumb poem into my dumb phone. The eyes on the cover art for OH NO are taken from a sign on a beauty parlor that I pass when I drive to my friend Valerie’s apartment. Werner Herzog espoused the idea of the indefinable, uncertain context in his films. I love him.