Eddie Murphy reclaimed his acting throne last week with the release of Coming 2 America, a sequel to the 1988 comedy flick. In it, Murphy stars as the iconic Prince Akeem Joffer of the fictional country of Zamunda, and he lives in an enormous palace with his ultra royal family. Not everything is as it seems in the movie, though. As it turns out, Zamunda was recreated in Georgia, not Africa, and the stunning mansion is the real-life home of Rick Ross himself.

Ross’ home is a casual 45,000 square-foot mansion in Fayetteville, Georgia with 235 gorgeous acres surrounding it. There are 12 bedrooms, a dining room that seats up to 100 people, and a gold ceiling trim throughout the entire mansion. It’s an absurdly ornate palace both internally and externally, and the team behind Coming 2 America were thrilled to find it as a stand-in for the official Zamunda palace.

According to an interview with Variety, Ross happily opened his doors to the film’s production team because, in his words, the original Coming to America might be his all-time favorite movie. From paling around with Murphy to watching rooms be redecorated entirely, it sounds like the “Lemon Pepper Freestyle” rapper had a great experience seeing his home be transformed into a film location.

“They changed the wallpaper in the dining room so I asked them to keep it up there,” he told Variety. “They also created that huge dining room table for a dining scene that seats 50-60 people, and they left that for me as a gift. It’s humungous.”

Coming 2 America Is Not 2 Bad: Review

All told, the production team used five key spaces in Ross’ home while filming Coming 2 America: the multiple-story entrance foyer, two big rooms with 18-foot-tall ceilings and giant windows, the dining room, and a bedroom. Ross’ original decor was ritzy as is — as was evident when he rapped atop a throne in his recent Tiny Desk (Home) Concert — but the set decorator Douglas A. Mowat stepped things up by adding lavish details like a silver leaf canopy above the bed and pressing so much gold-leafing throughout the set walls that he “bought out the country’s supply for at least two months.” Check out some photos from the set below. 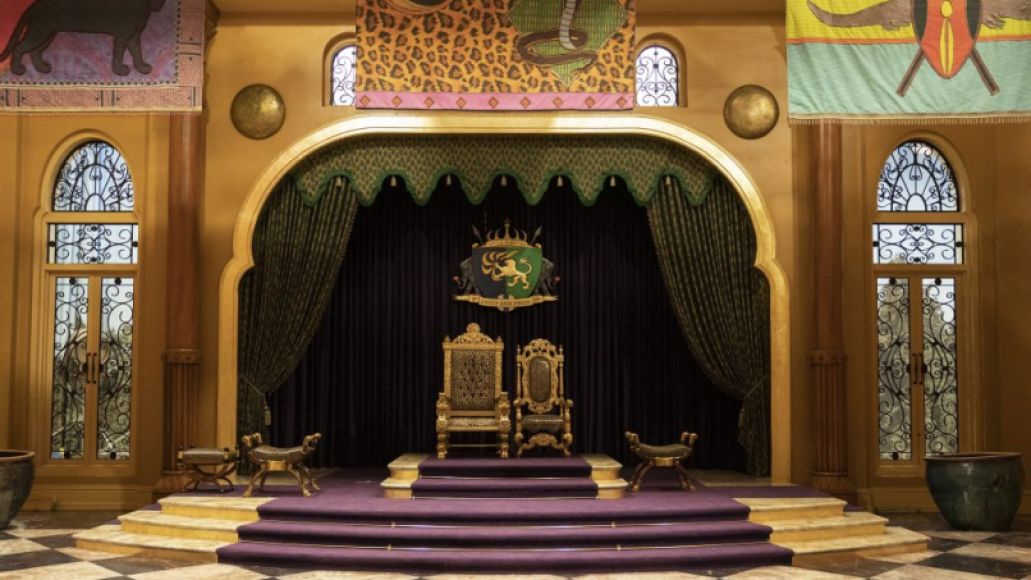 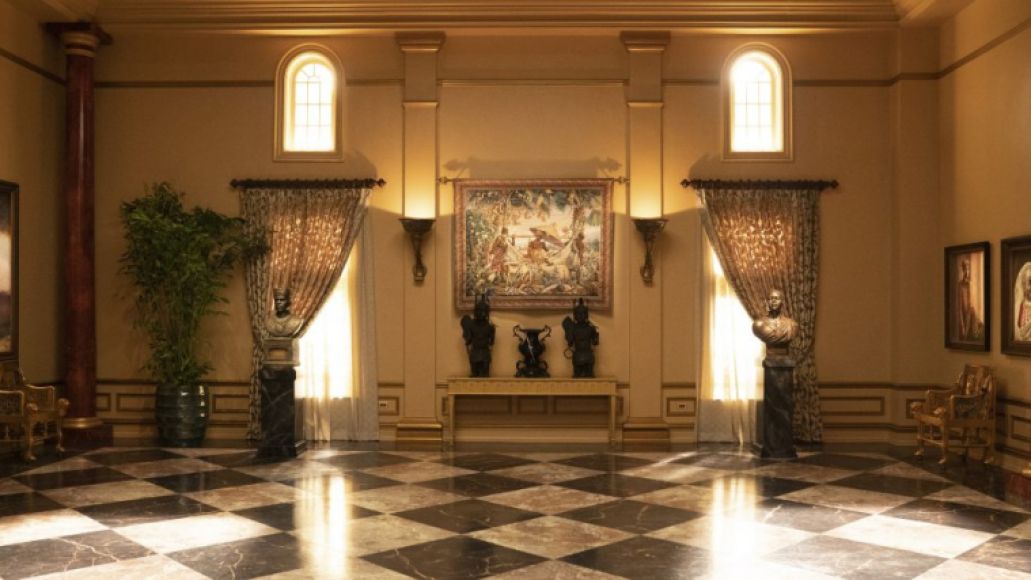