The Lowdown: With a voice as big as the sky, it’s hard to figure out where to go first — but that’s not going to stop Demi Lovato from trying. It never has.

Dancing with the Devil…The Art of Starting Over is the seventh full-length album from the child actress turned teen phenomenon turned pop star and arrives almost four years after 2017’s often sultry, R&B-infused Tell Me You Love Me. Her discography has effectively captured many parts of the rollercoaster she has endured: even in her earliest efforts, Don’t Forget and Here We Go Again, her vocal prowess is undeniable. (Demi Lovato could still put out a great pop-punk album if she were to so choose.) She is a remarkably gifted natural vocalist.

Lovato has also had a lion’s share of trials and tribulations, almost all of which have unfolded under a blinding spotlight. Vulnerability, in her music and beyond, is not new: she’s openly addressed struggles with body image and eating disorders, the absence of her father, breakups, her sexuality, and the battle of emerging from under the Disney umbrella. But after a near-fatal overdose in 2018, the specifics of which are currently being released and explored in stomach-churning, harrowing detail in a documentary (also titled Dancing with the Devil), this current era is a different level of sharing. For a long time, it seems like Lovato has not had the right people around her — but by any metric, this album marks a new chapter, a fresh start, and a blank page.

The Good: Lovato, much like the record, is most powerful when she puts her extraordinary vocals front and center. Her belt is acrobatic, allowing her to bounce between genres with ease. “Anyone” and “Dancing with the Devil”, which lead the album, were released ahead of the record over the past few months — the latter in particular remains a remarkable vocal feat. She soars over the powerful, emotional production and sticks the landing. This week, she released an elaborate accompanying music video that recreates parts of that devastating overdose.

The record is underscored by a recovery narrative, with much of the focus on Lovato reassuring the listener that she is still here and ready to face the future. The third track on the album is a sparse lullaby dedicated to the vocalist’s younger sister, Madison, a promise of “I see you” accompanied by only a gentle piano. (The song is not-so-subtly styled as “ICU”, but the track is more warm and authentic than the name might suggest.) Although a bit narratively scattered, alternatively audacious and introspective, Lovato’s instrument allows her to oscillate between genres and storylines. On the gentle, thoughtful “The Way You Don’t Look at Me”, her Texas roots make an appearance.

When it comes to features, the collaborations with Ariana Grande (“Met Him Last Night”) and Saweetie (“My Girlfriends Are My Boyfriend”) both shine. “Met Him Last Night” is thematically in line with “Dancing with the Devil”, the “him” in question being the aforementioned devil himself — but sonically, it’s Grande through and through and wouldn’t be out of place on thank u, next. It’s a joy, beyond lyrics or production, to witness two of the strongest pop vocalists working right now join forces, especially considering their fairly divergent ascents but parallel timelines. The album closes out with a three-track run that brings the record full-circle, notably with a fantastic, moody cover of Tears for Fears’ “Mad World”.

The Bad: As strong as “Dancing with the Devil” is, the namesake of the second half of the album’s title, “The Art of Starting Over”, doesn’t fare quite as well. At a middling mid-tempo, the song works well on the surface and certainly ties into the desire for rebirth and rebrand, but becomes forgettable towards the latter half of the record — other tracks like “15 Minutes”, “California Sober”, and “Butterfly” fall into the same category. While the album is 19 tracks, many of the songs (like these three) are hardly three minutes long — the themes of the album are worth underscoring, but this also means that Lovato starts to retread the same ground by the time the record wraps.

The album seems to be walking the line between catharsis and tragedy, and in light of the nearly insurmountable hurdles the artist has faced, there’s a nagging question lingering in the gaps between songs: who is looking out for this person? Are there people beside her to hold this album up as a work of art, an exhale, and a reclamation, rather than an opportunity to profit? The word “brave” is often applied to artists like Lovato who have undergone public crises and emerged, battered and bruised, but persevering. As powerful as it is to see her continue to share music, it would be nice to see a day when she doesn’t have to be so brave anymore and can instead create joyfully and freely.

The Verdict: A decade ago, in 2011’s “Skyscraper”, Demi Lovato assured her listeners: “Go on and try to tear me down, I will be rising from the ground/ Like a skyscraper.” She has fallen, hard, but continues to rise time and time again and remains a phoenix, perpetually guided by her greatest gift: her voice.

This album release coincides with the aforementioned documentary, and as the details of Lovato’s rocky recovery continue to unfurl, there’s a bit of concern in the idea that this record is a bit too intrinsically tied to another very public narrative. She tells us, over and over within the album, that this devastating chapter of her life is over and gone. In the aching, tender closer, she sings that she’s in a “good place” in a track of the same name. I desperately want to believe her.

Pick up a copy of Dancing with the Devil… here…

Dancing with the Devil… Artwork 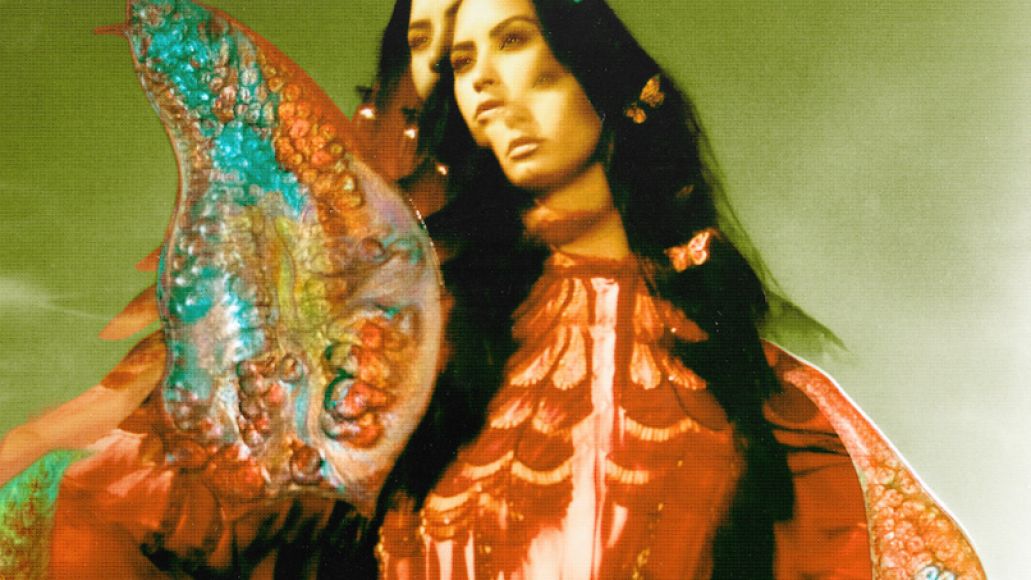 To See the Next Part of the Dream by 파란노을 (Parannoul) Is a Masterful Bandcamp Gem: Review