The Lowdown: Dropkick Murphys have been going strong for 25 years, churning out infectious Celtic punk anthems and playing to raucous fans at sold-out shows all over the world. The Massachusetts band is back with its 10th album, Turn Up That Dial, marking the veteran outfit’s first new LP in more than four years.

Founding co-vocalist Ken Casey stopped playing bass after a 2018 motorcycle accident left him with nerve damage in his fingers, leaving him to roam the front of the stage with co-vocalist Al Barr. After a couple hundred shows performed like this supporting 2017’s 11 Short Stories of Pain & Glory, this new dynamic has sparked some new life into the band that is evident on Turn Up That Dial.

The Good: Turn Up That Dial delivers exactly what fans come to expect from Dropkick Murphys: A respite from the depression of the evening news into the more fun escape of bouncy Celtic drinking fare. Singles like “Middle Finger” and “Queen of Suffolk County” perfectly capture Boston’s working-class vibe, while  “Turn Up That Dial” is a rousing tune that makes one immediately want to reach for a Guinness Stout.

Other highlights include “L‑EE-B-O‑Y,” a nod to bagpipe player Lee Forshner, and “Chosen Few”, a topical anthem that directly deals with the political divide in America in the midst of the pandemic. Elsewhere, the humorous track “Mick Jones Stole My Pudding” was inspired by an actual occasion in which the legendary Clash guitarist mistakenly stole a dessert from the band’s producer out of a recording studio fridge. And for a new and brash birthday song, Dropkick Murphys offer up the sarcastic “H.B.D.M.F.”

The Bad: Fans who favor Dropkick Murphys’ early sound may yearn for the hardcore punk direction that the band displayed on their initial albums. While a few raw-and-heavy tracks would certainly be welcome, Dropkick have favored the Celtic sound for quite some time now, and it’s no surprise that they continue to do so on Turn Up That Dial.

The Verdict: Dropkick Murphys continue to do what they do best on Turn Up That Dial, churning out an album full of upbeat Celtic riffs and sing-along choruses. After a year-plus of a pandemic, a new collection of songs from the punk veterans comes as a welcome treat, with hopes that that Dropkick Murphys will soon be able to play the new tunes in front of their spirited fans in packed venues across the globe.

Dropkick Murphys are returning to the virtual stage on Saturday, May 1st, at 8:30 PM ET / 5:30 PM PT to celebrate the release of Turn Up That Dial with a free livestream concert. RSVP here for access to the show, and stream the new album in its entirety below. 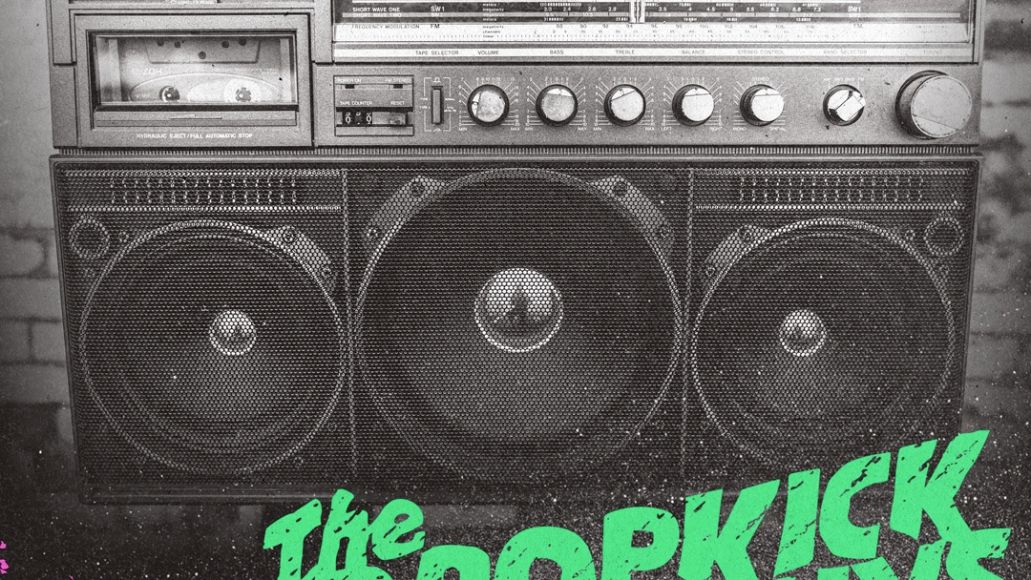