After several years of raising his profile and creating waves in the hip-hop scene, Oakland rapper ALLBLACK has finally announced his debut studio album. It’s called TY4FWM (Thank You 4 Fuckin’ With Me) and it’s due out May 7th via Play Runners/Empire. Stream the lead single “Ego” featuring Drakeo the Ruler below.

Unsurprisingly, TY4FWM is a star-studded effort, especially considering it’s the first proper album ALLBLACK has recorded. Across its 14-song tracklist, the record features guest verses by Vince Staples, Mozzy, G-Eazy, E-40, Sada Baby, and others. The contributions don’t stop there either. On the production end of things, ALLBLACK was able to tap Kenny Beats, DTB, Cole M.G.N., ShMartin, and Cal-A.

With the announcement comes a music video for “Ego”. Directed by MikeyRare, the clip follows ALLBLACK and Kenny Beats (who also produced the song) as they don chef outfits and get busy baking bread, riding around in oversized grocery carts, and eventually accepting a key to the city. It’s a celebratory number with a hazy delivery, and it’s made all the more fun by watching them dance along to the track in the video.

TY4FWM is currently available to pre-save on streaming platforms. Peep the black-and-white cover art and the full tracklist for it after the jump.

TY4FWM (Thank You 4 Fuckin’ With Me) Artwork: 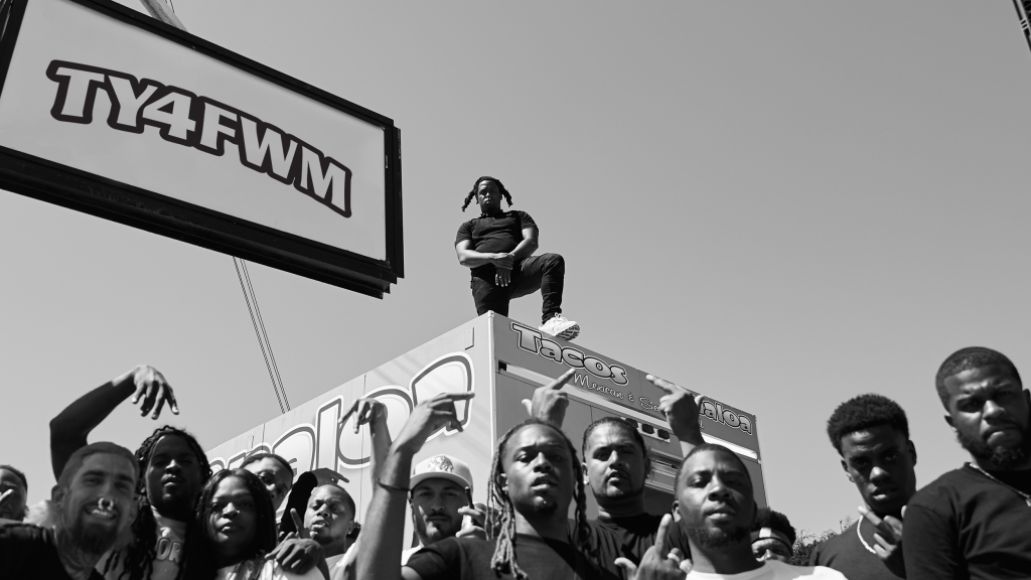