With our new music feature Origins, artists are given the chance to provide intimate insights into what inspired their latest single. Today, Barenaked Ladies do a “Flip” for their first new music in four years.

Canadian favorites Barenaked Ladies have announced their impending return with their first new album in four years, Detour de Force. Arriving this summer, the 14-track effort is the result of both pre- and post-lockdown recording sessions, with the gestation period in between having a major impact on the music’s direction.

BNL began the journey to Detour de Force at vocalist/guitarist Ed Robertson’s lake cabin outside of Toronto. The four-piece spent five weeks there writing and recording in a makeshift studio, hoping to cut out “distractions and really capture the sound of a band making music together,” says Robertson. While that goal was certainly achieved, the band felt there was more to be done to push the LP over the finish line — when suddenly they couldn’t be a band making music together anymore.

They remained active during the pandemic lockdown, but held off on finishing up the recordings. The downtime gave them a hunger for more polished studio production, so once restrictions were lifted, they returned (cautious of social distancing, of course) to a Toronto studio to rework the tracks.

As a first listen to what these dual recording scenarios yielding, Barenaked Ladies have shared the Detour de Force lead single “Flip”. Crisp with the production of the city studio and enlightened with the serenity of the lake cabin, the track captures the “best of both worlds” mentality of the album at large. It’s also classically BNL, playful in its structure and crowd-ready hooks while thematically addressing the human condition with acuity.

“‘Flip’ is about being open to other perspectives,” explains Robertson to Consequence. “We live in a time where people seem to just dig deeper into their own trenches, without any willingness to see another viewpoint, or even engage in discussion… It’s all yelling, and no listening. I like that saying, ‘”We were given one mouth, and two ears, and we’re supposed to use them proportionately!'”

10 Bands Who Changed Their Name and Found Fame

Take a listen to “Flip” below via its stop-motion animation video. Then, read on for Robertson’s further insights into the song’s Origins.

While Barenaked Ladies are geared up to drop Detour de Force this summer, they’re not quite as ready to tour behind it just yet. That’s why they’ve officially rescheduled their previously postponed “Last Summer on Earth Tour” with Gin Blossoms and Toad the Wet Sprocket for 2022. Those dates are below, and tickets are available here.

You can also check out Barenaked Ladies when they perform “Flip” on the Today Show on Friday, April 16th. Then on Saturday, they’ll present their Flip n’ Hits with BNL: A Night of Monster James of Pandemic Proportions pre-recorded livestream event. Featuring a guest appearance from KT Tunstall, the concert was filmed at Toronto’s Danforth Music Hall, marking the band’s first performance at the historic venue in 30 years. The show begins at 9:00 p.m. ET/6:00 p.m. PT (with an encore streaming on Sunday, April 18th at 8:00 p.m. GT), and you can get tickets via SESSIONS. 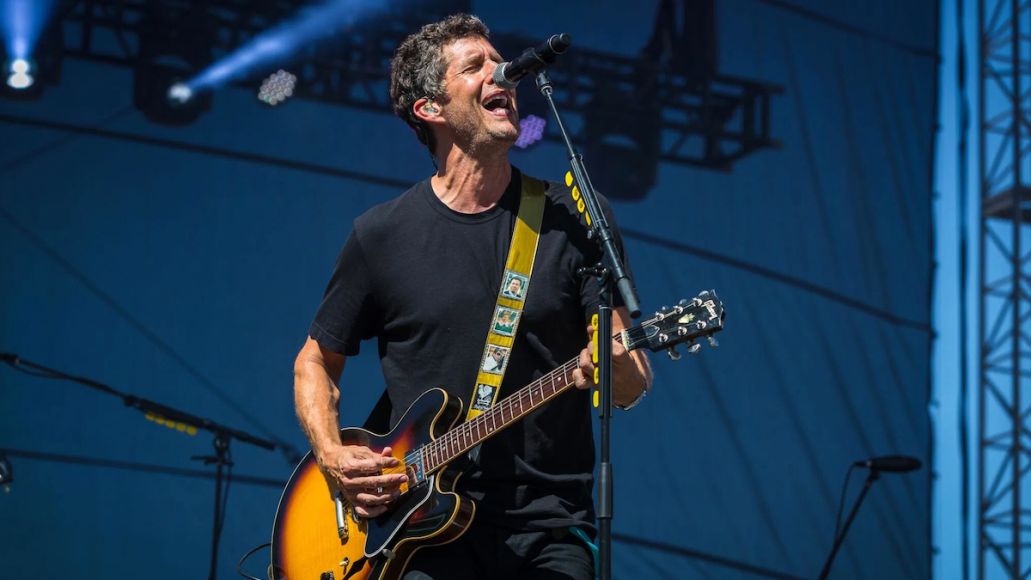 The song started with the acoustic guitar tiff and a drum loop. It immediately had a cool vibe. I wrote it with Kevin Griffin (of Better Than Ezra). We’re good pals, and have been writing together for over a decade now. He’s such a pleasure to write with, cause he’s smart, and funny, and super talented, but not precious about what is HIS or what is MINE… It’s just about making the song the best it can be. When I floated the line, “Am I comin’ off like my hits don’t stink?”, he said, “My God… You really are Ed Robertson, aren’t you?!”

The whole chorus is just encouraging people to think outside of their own echo chambers. Like a new take on our pal Howard Jones’ 1984 Classic “New Song”. I was playing with the phrase “preaching to the choir,” meaning, “Everybody you’re talking to already agrees with you.” I thought, “Bend a Little, Open your Mind, Take a Leap. This IS the Church!” Then it reminded us of that fun kids hand folding rhyme…

To work that into an anthemic chorus, just felt really cool! 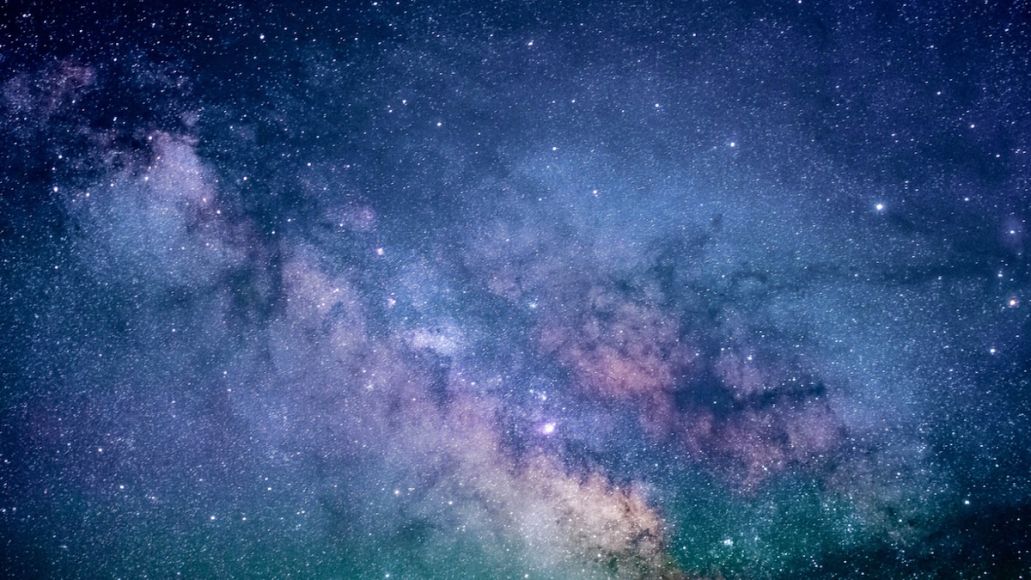 I love this bridge. It’s a great metaphor for how people refuse to see things differently. We have hard evidence in the night sky that things are not always what them may seem. You can’t always trust what you can see. Some of those stars we’re looking at may already be dead!! It’s likely a VERY small number indeed, but the science makes sense. They’re SO FAR AWAY that some of them may have died out millenia ago, but they’re light is still reaching us! 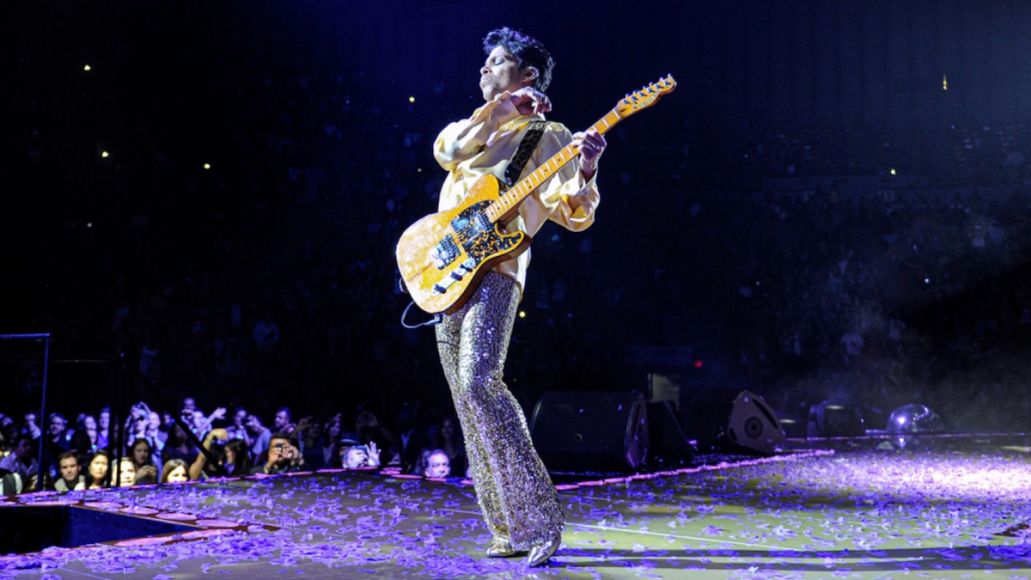 I’m a huge Prince fan, and we were definitely channeling him with some of those fun harmonies in the second verse. The “subliminal” harmonies are very much a Prince move. Stacking big harmonic extensions to emphasize a single word. It’s really fun.

Recording in a Cottage and a Toronto Studio: 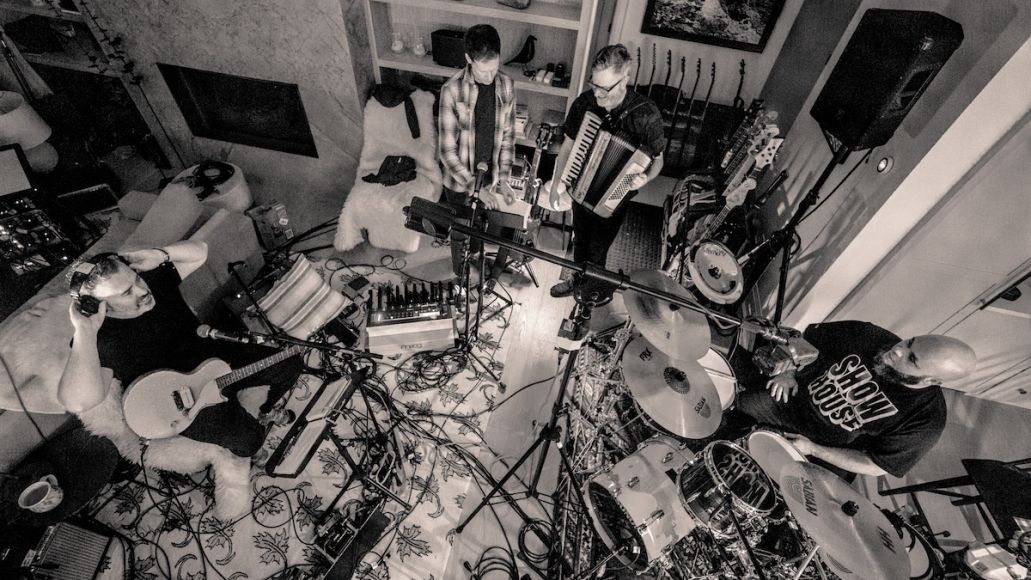 Photo by Edward Pond via artist

We made this record in two very different settings. We started it at a secluded wintery lake, in an improvised studio at my cottage. After a forced pause halfway through the record (post-initial-Covid lockdown) we transitioned to a modern urban studio in our hometown of Toronto. I think you can hear the soul of both places on the record. You get the wildness, and rawness of the lake, with the polish and production of the city.