New York dark pop group Cold Cave have announced a new album. It’s called Fate In Seven Lessons and it’s due out June 11th via Heartworm Press. To tease the release, the gothic duo have just shared a music video for the single “Prayer From Nowhere”, which you can stream below.

Fate In Seven Lessons has been a long time coming for fans because it’s Cold Cave’s first full-length record in a decade. It follows the duo’s 2018 EP You & Me & Infinity and their 2011 album Cherish the Light Years. A press release calls Fate In Seven Lessons the band’s “heaviest and most romantic release yet” despite its relatively short runtime with seven tracks. In addition to this album opener “Prayer From Nowhere”, Cold Cave previously dropped another single from the record called “Night Light”.

“Prayer From Nowhere” sees Cold Cave picking up where they left off musically, with brooding synth melodies and a haunting chorus that mirrors The Cure. In the song’s accompanying music video, singer Wesley Eisold can be seen speeding down empty roads in a convertible. Dusty desert plants fly by in the background while Eisold looks over his shoulder in the rearview mirror. Eventually, he pulls over to let the wind rush through his hair as he walks away towards the horizon. It’s a fitting conclusion for a song that Eisold said is “about redemption and surrender from the lowest and loneliest you can find yourself.”

Pre-orders for Fate In Seven Lessons are currently ongoing, including a gorgeous 12-inch picture disc with the bouquet featured on the cover. Check out the album artwork and the complete tracklist for it after the jump. 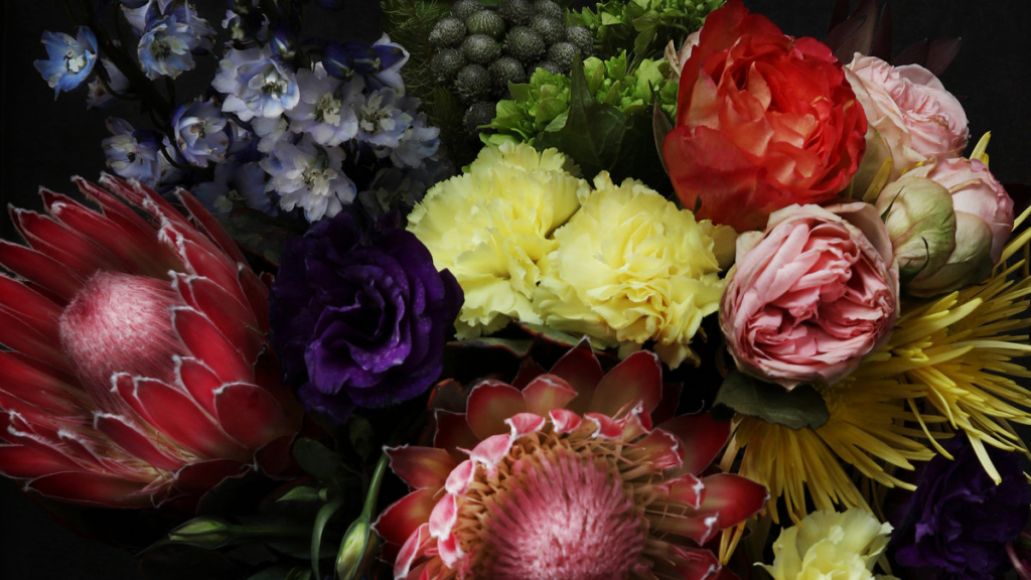