Setting the Stage: Before worldwide touring was shut down due to the pandemic, Philip H. Anselmo and the Illegals provided hard-hitting support on Slayer’s farewell tour in late 2019 by offering up a set full of Pantera classics. But for obvious reasons, the band was unable to build upon the buzz in 2020. So, how about a streamed concert performance dubbed “A Vulgar Display of Pantera Live”?

Sadly, the idea of a Pantera reunion is no longer feasible following the tragic deaths of legendary brothers Dimebag Darrell and Vinnie Paul. Pantera’s iconic singer, Philip Anselmo, has opted to keep the band’s spirit and music alive with these performances — not settling for merely playing the obvious “hits,” but digging deep into the celebrated outfit’s catalog. And on this early spring evening, the band offered a full set of metal mayhem in front of a small (50 people total) audience from Anselmo’s Nodferatus Lair (yes, the sign displayed says “Nodferatu” not “Nosferatu”) from “the heart of Housecore Records,” in New Orleans.

Taking the Stage: Starting things off with about 30 minutes’ worth of pre-recorded interviews and performances, next up was an opening 20-minute/7-song set by Australian thrash-grinders, King Parrot (filmed at a different location from where the Illegals were performing). Singer Matthew Young opted to pay tribute to Canadian prog metallers Voivod by sporting a sleeveless shirt with the band’s logo, while bassist Wayle Slattery enjoyed making faces and comical gyrations while the other members stomped and headbanged while performing the tunes (including such ditties as “Piss Wreck” and “Shit on the Liver”). It also turned out that Slattery did most of the talking between the songs – even solely handling the band intro at the very beginning.

And then… there was the main event. However, things got off to a bit of a shaky start technically, as there was no sound for half of a set-opening rendition of the moody “Suicide Note Pt. I”, And sonic difficulties spilled over into the second number, “A New Level”, before Anselmo instructed the band to stop and start the song over, and from that point forward, everything remained on track.

Borrowing a page out of the Henry Rollins handbook, Anselmo opted to perform barefoot, as he was joined by guitarists Mike DeLeon and Stephen Taylor, bassist Derek Engemann, and drummer Joey Gonzalez. And upon first glance, it’s pretty uncanny how faithfully DeLeon replicates the tricky shred solos and riffs of Dimebag, but also, due to a similar long-hairstyle and facial hair combo, he even resembles him at times (especially when spotted in mid-headbang with hair-a-flyin’!). And credit must be given to Anselmo vocal-wise — he did a fine job of nailing the tonsil-abusing screams at the end of the aforementioned “A New Level”, and also matching the hollering and vocal fury of “Mouth for War.”

Performing on a stage that flashed graphics on backdrop screens (including a “P” and an “A” from the Pantera logo and close-ups of the band performing), it was not all about performing the obvious tracks, as evidenced by renditions of “We’ll Grind That Axe for a Long Time”, “Yesterday Don’t Mean Shit”, and “Death Rattle”. But certainly one of the top highlights of the set was a killer rendition of “This Love”, which saw Anselmo “duet” with Calvin Dover from En Minor (Phil’s goth-y side project).

The band took a break (during which time images of Dime and Vinnie were shown on the screens), before returning to the stage and making up for the earlier flub, by completely re-doing “Suicide Note Pt. I”. And then came the homestretch of the set, which featured “Domination” and “Hollow”, as well as an airing of “Walk,” which saw Anselmo summon a young child named Roman onstage to lend a hand vocally (particularly the “RE! SPECT! WALK!” part at the end) – before wrapping things up with one final tune, a nugget off The Great Southern Trendkill, “Sandblasted Skin.”

For fans starved for a Philip H. Anselmo and the Illegals concert and faithful renditions of Pantera classics, this live tream was certainly a worthy alternative, and also, was shot very well – by not following the annoying style of quite a few modern day live concert videos which are comprised of seemingly a zillion second-long shots. Rather, longer shots were utilized here – so you could see what the heck was going on from the perspective of an actual bystander.

Also, the performance proved that despite being off the road for an extended period of time, the group will have no trouble picking up where they left off once touring gets underway again for bands in (hopefully) the near future.

In case you missed the show, you’re in luck – you can still purchase tickets to watch “A Vulgar Display of Pantera Live” until April 12th at 11:59pm ET. Check out screenshots and the setlists below.

Philip Anselmo and The Illegals: 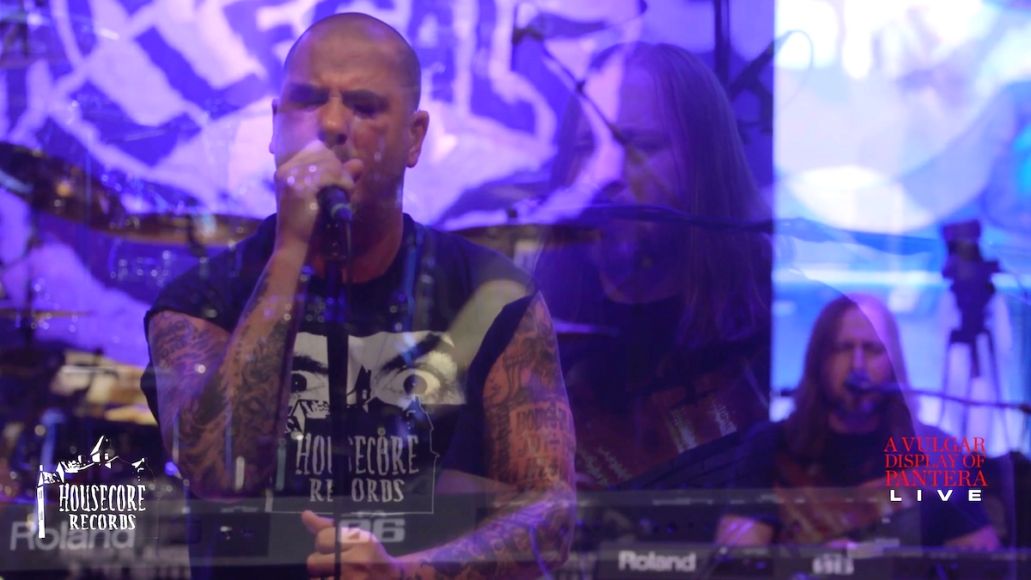 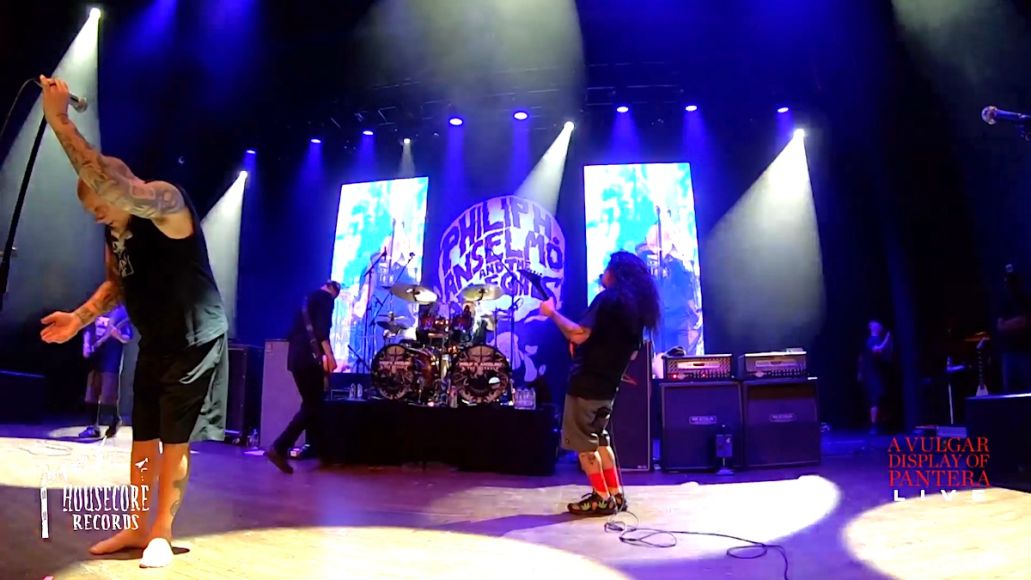 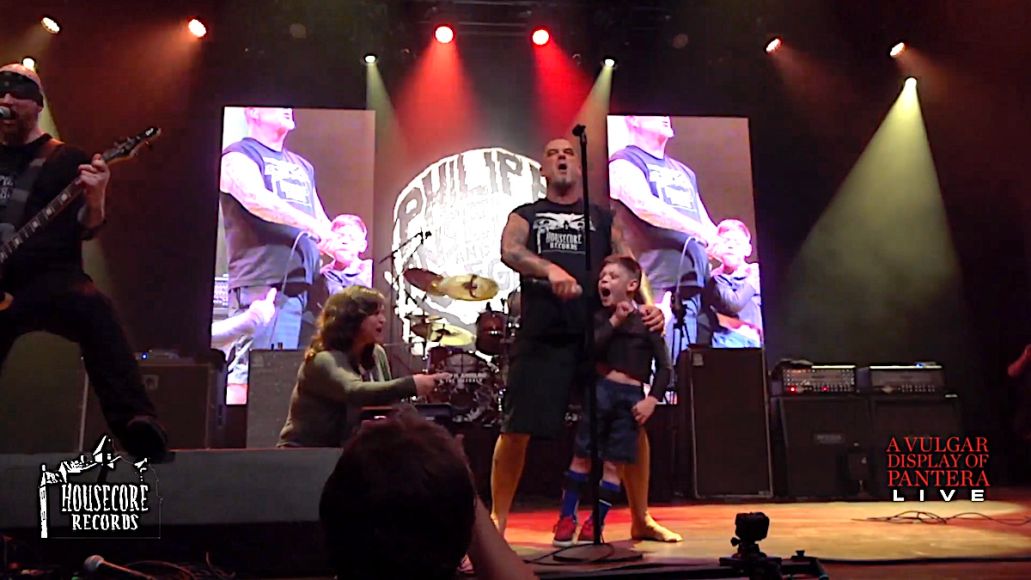 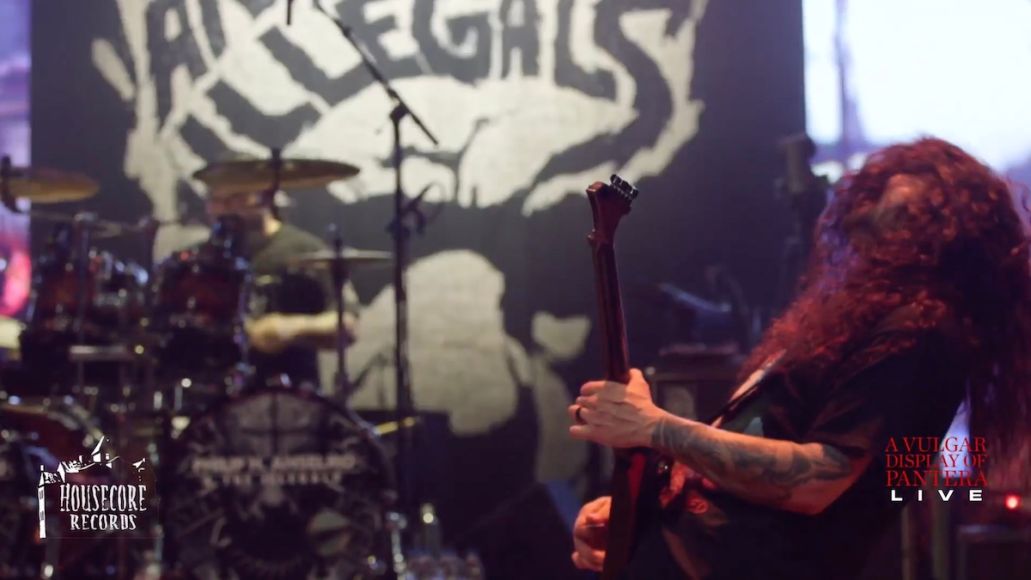 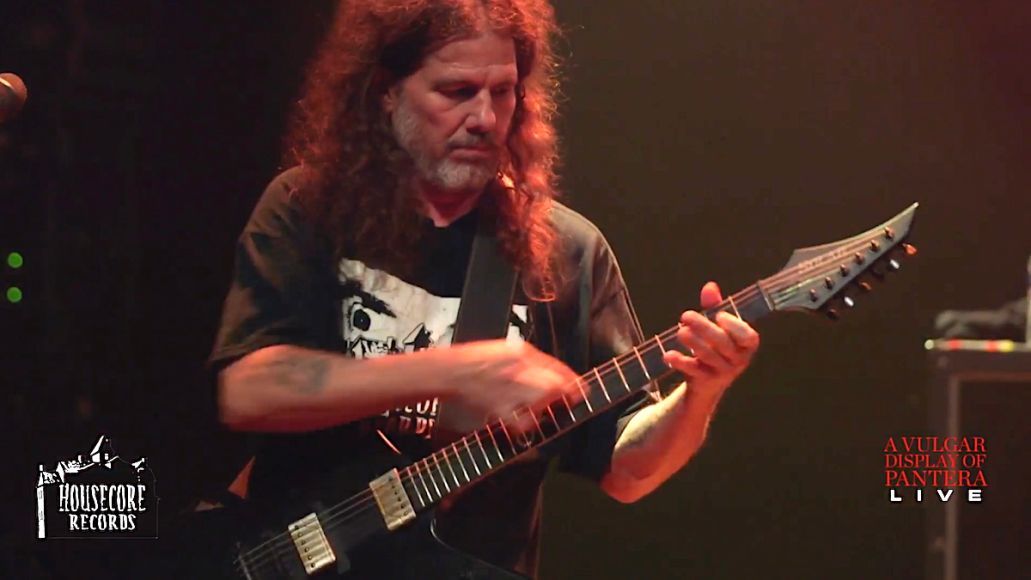 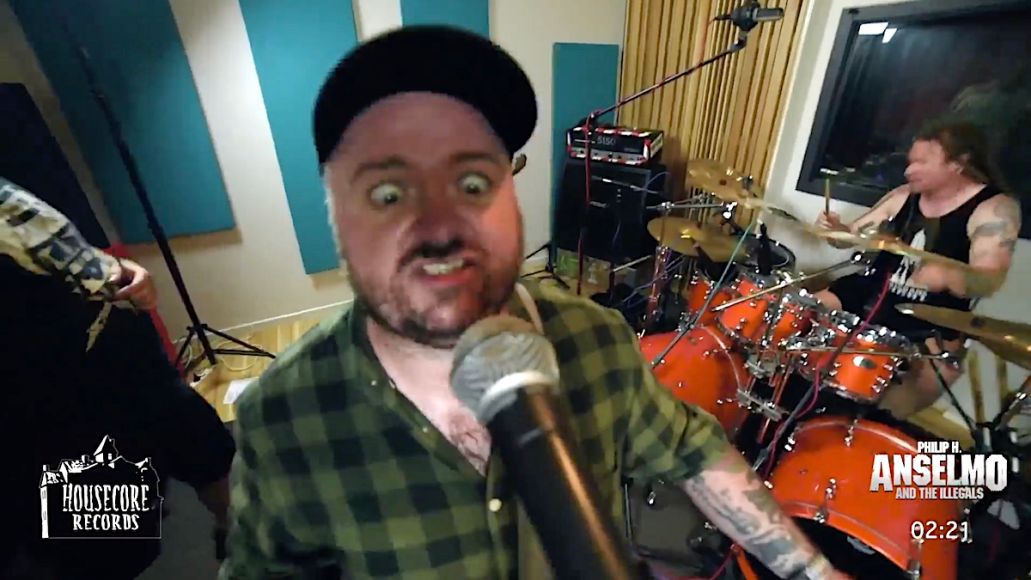 Philip H. Anselmo and the Illegals Setlist (all Pantera songs):