Last year, to celebrate the 50th anniversary of David Bowie’s The Man Who Sold the World, Parlophone Records reissued the album under its original title Metrobolist. Now, Parlophone has announced an expansive companion release featuring 21 unreleased tracks from that era.

Entitled The Width of a Circle, the two-disc set comprises non-album singles, a BBC In Concert l session, music for a TV play called Pierrot in Turquoise (aka The Looking Glass Murders), and remixes by Bowie’s longtime associate Tony Visconti. See the full tracklist, including liner notes, below.

The Width of a Circle is due out on May 28th. Also on that day, Parlophone will release a picture disc version of The Man Who Sold the World. Pre-orders are now ongoing.

The Width of a Circle Artwork: 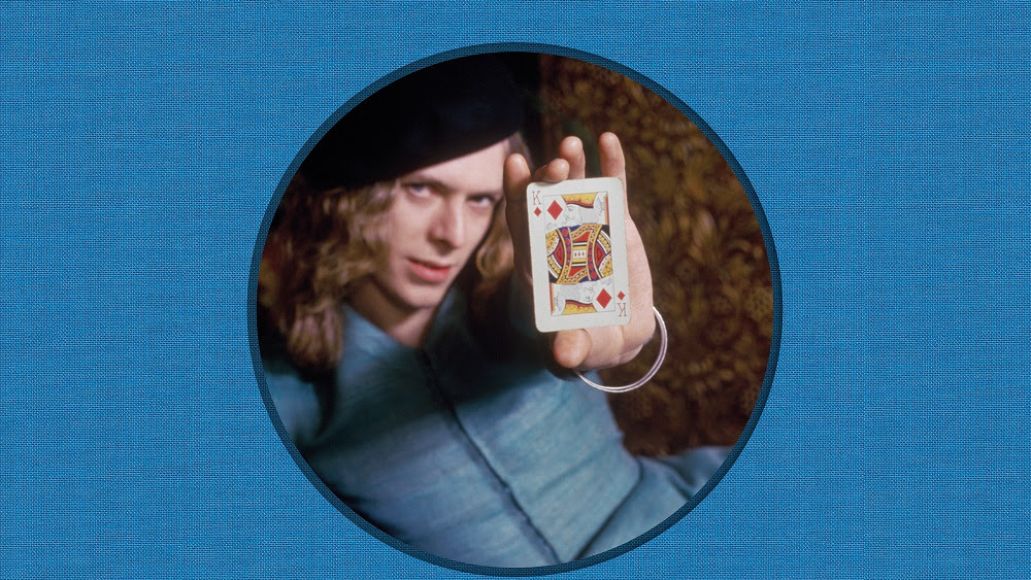 The Width of a Circle Tracklist:

THE SUNDAY SHOW INTRODUCED BY JOHN PEEL
Recorded on February 5th, 1970 and broadcast on February 8th, 1970

Performed by David Bowie and The Tony Visconti Trio (a.k.a. The Hype)

01. The Prettiest Star (Alternative Mix)
Single mix released on March 6, 1970 on Mercury Records MF 1135. This is the unreleased alternative mix created for promotion in the US market.

02. London Bye, Ta-Ta *
Originally recorded and rejected as the follow up single to “Space Oddity”. This mono mix was finally released on the Sound & Vision box set in 1989.

03. London Bye, Ta-Ta (1970 Stereo Mix) *
This stereo mix of the above remained unreleased until the reformatted reissue of the Sound & Vision box set in 2003, replacing the mono mix.

05. Memory Of A Free Festival (Single Version Part 2) *
The re-recorded electric version of the closing track from the David Bowie (aka Space Oddity) album released as a single on Mercury Records 6052 026 on June 26, 1970.

1. Waiting For The Man
2. The Width Of A Circle
3. The Wild Eyed Boy From Freecloud *
4. The Supermen (Bowie At The Beeb vinyl only) *
Performed by David Bowie and The Hype