Death metal titans Deicide have announced a US summer tour with direct support from fellow extreme metal veterans Kataklysm. Internal Bleeding and Begat the Nephilim will also be along for the month-long trek.

Judging by the August dates, the bands and venues apparently feel things will be safe enough to tour by late summer. Just yesterday it was announced that over half of U.S. adults had received at least one dose of a COVID-19 vaccine.

Kataklysm’s Maurizio Iacono said that people getting vaccinated is one of the reasons for moving ahead with the tour — one of the first major U.S. metal packages to be announced since the pandemic began. The bands had originally planned to tour last summer before the pandemic effectively paused live music.

“[Deicide’s] Glen Benton and I have been talking about both bands touring together for quite some time now,” Iacono said in a press release. “We intended for this tour to happen last summer, but unfortunately got hit by the virus that paralyzed the world prior to announcing it. One year later, judging by the vaccine success and progress across the country, there’s finally a light at the end of the tunnel.”

“So today, we are proud to announce one of the first metal packages to hit the road in the States since the pandemic,” he continued. “Deicide, Kataklysm, and our friends in Internal Bleeding will take this first long-awaited step across the country. We plan to be there LIVE and UNCONQUERED.”

If all goes as planned, the tour will kick off on August 5th at The Orpheum in Tampa, Florida. From there, the bands head west to California before hitting the Midwest and Northeast. The final date is August 29th in Spartanburg, South Carolina.

Most of the shows appear to be booked at medium-sized clubs, bars, and theaters, such as Reggie’s in Chicago and the Marquis Theater in Denver. All in all, it looks like a pre-pandemic tour schedule, hinting at a return to normalcy. There’s no mention of safety measures or reduced capacity in Kataklysm’s tour press release, but we can assume local ordinances and venue policies will apply.

General admission tickets are currently on sale via local venues. Check out the tour itinerary and flyer below. 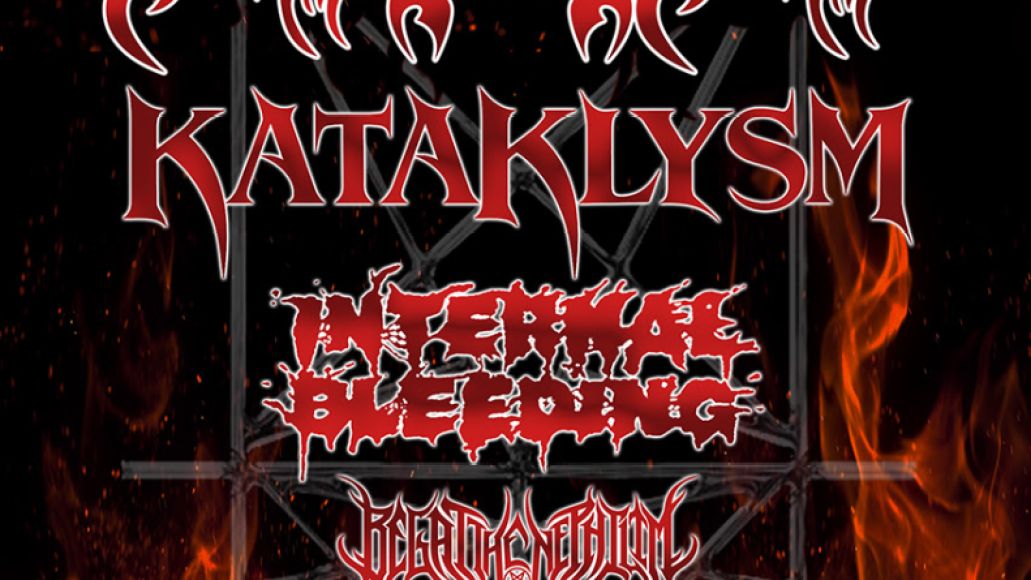