Jump in the hot tub and shout your own name, DJ Khaled is back. After teasing a new album called Khaled Khaled last summer, the hit-making producer went uncharacteristically quiet, but he’s now emerged to announce that his 12th studio album will arrive this Friday, April 30th. The man with the name so nice he said it twice has also shared the album artwork and an absolutely stacked tracklist that includes some of the biggest artists in music today.

Drake will be well-represented on Khaled Khaled, appearing on the previously-released singles “Popstar” and “Greece”. Besides that, DJ Khaled has secured the talents of legacy titans Nas, JAY-Z, and Puff Daddy, established stars Migos, Big Sean, Rick Ross, 21 Savage, and Meek Mill, rising rappers Lil Durk, Roddy Ricch, and Megan Thee Stallion, and pop sensations Justin Timberlake, Post Malone, and Justin Bieber. Also present are Lil Wayne, Lil Baby, DaBaby, and even an actual baby in the form of one-year-old Aalam, who appears on the cover of Khaled Khaled alongside his older brother Asahd.

To accompany the album, DJ Khaled will be releasing a new music video for “Sorry Not Sorry” featuring Nas, Jay-Z, James Fauntleroy, and more. He teased a clip from the song on Instagram, and you can check it out below.

DJ Khaled’s most recent album was 2019’s Father of Asahd. Last year, he hosted the Lil Wayne mixtape No Ceilings 3. 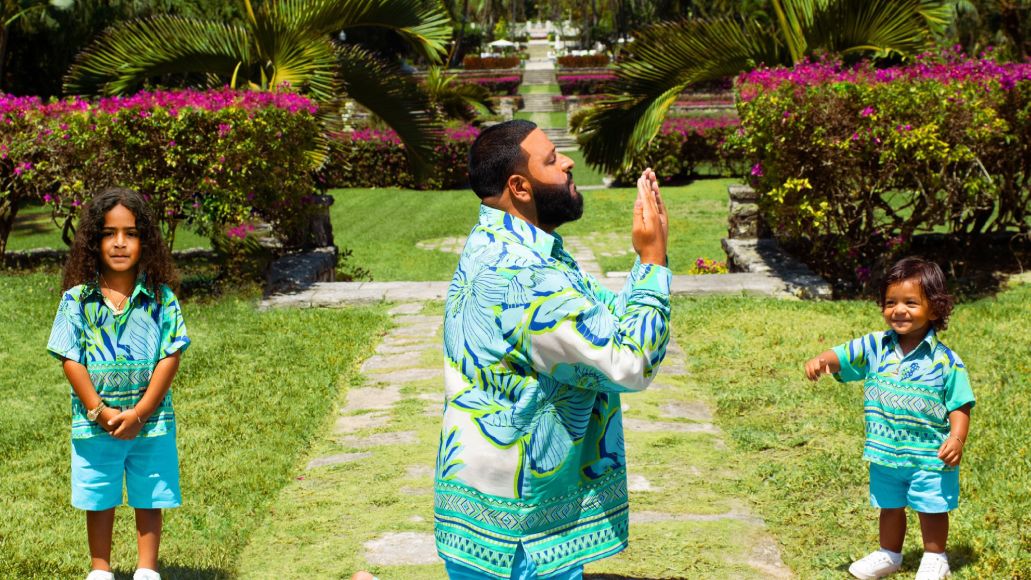