It was only a matter of time before Eminem hopped aboard the seemingly unstoppable NFT (non-fungible token) train. On Sunday, April 25th, the Detroit icon will be auctioning off self-produced instrumental beats on Nifty Gateway, specifically made for a one-of-a-kind NFT drop, titled “Shady Con.”

The auction begins at 6:30 p.m. ET and will also include NFT action figures with Em wearing classic outfits from different eras of his 20-year career. Check out a preview of the collection below.

Shady Con is modeled after fan conventions and is described as a “convergence of blockchain technology, creative enthusiasm, and pandemic doldrums” drawing inspiration from Em’s passion for collecting vintage toys, comic books, and trading cards dating back to his childhood.

“I’ve been collecting since I was a kid, everything from comic books to baseball cards to toys, as well as every rap album on cassette I could get my hands on,” Eminem said in a statement. “Not much has changed for me as an adult… I’ve attempted to re-create some of those collections from that time in my life, and I know I’m not alone. I wanted to give this drop the same vibe of, ‘Oh, man I gotta get just that one or maybe even the whole set!’ It’s been a lot of fun coming up with ideas from my own collecting passion.”

It’s likely not a coincidence that Em’s announcement comes after Pete Davidson parodied the rapper’s “Without Me” as a song about NFTs on Saturday Night Live in late March, as the skit was mentioned in the press release. Revisit the spoof below.

Be sure to check out our introductory guide to NFTs in the music industry. 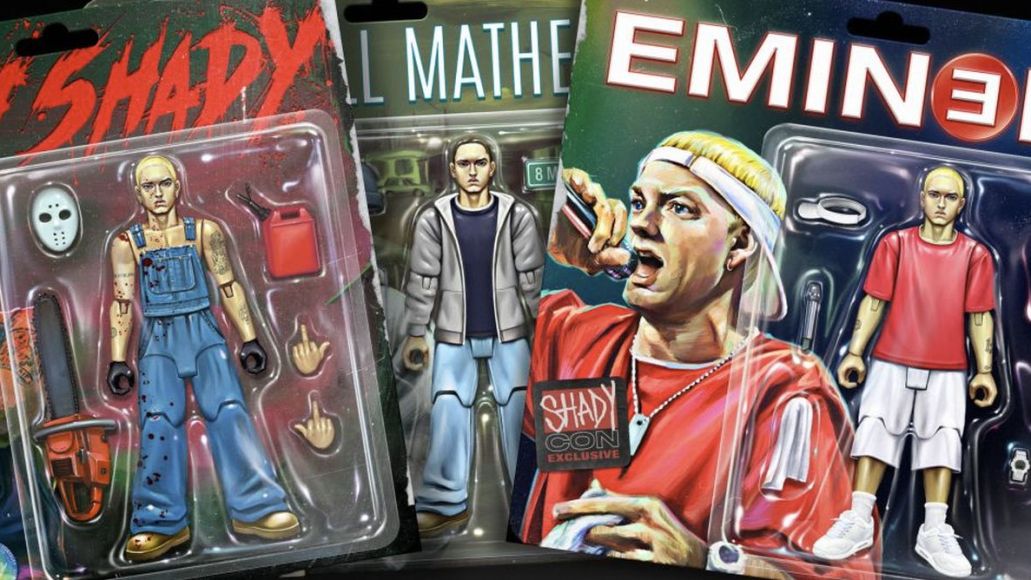