The Pitch: Hi, kids. Do you like violence? Get over here and check this out.

There isn’t a lot of plot, so much as there’s a list of characters being lined up for Fatalities™ in an expensive-looking and well-produced video game flick. For mythology and pathos, consult your nearest local teenager or Wiki page. In layman’s terms? Murderers unite and gore each other to death for the fate of the world and Coliseum rah-rah and look pretty good doing it. Fight!

Fight Klub: Mortal Kombat entered the arena of public opinion with Midway’s classic 1992 fighter. Its calling card? Violence. Hit a guy, spray some red pixels meant to suggest blood. Joe Lieberman was pissed. It was instantly branded as low culture; my old man once suggested it helped a roommate of my brother’s drop out of college.

Looking for a more positive spin? Mortal Kombat is top-tier junk food. The general concept works as a late-night guilty pleasure, and Simon McQuoid’s new flick delivers on the aggressive gore and juvenile characterizations for which the enterprise has come to be loved. It commits to kills, self-effacement, and technically superlative qualities like A+ stunt work and notable VFX. Older parents and introvert cousins will look on this and think, “Yeesh, that’s gross and violent and frankly kind of dumb.” Fight-after-fight is generally thin plotting. Immortal bruisers are dramatically shaky when they never truly die. The grotesquery isn’t for everyone. But who is this for? Goons. Geeks. Gamers. Action bros. Nostalgic Millennials and Gen-X’ers. Fans of genre films. And writers like myself who admire confident, gonzo craft, regardless of the preposterous footing.

When Jax smashes a bad guy’s head into blood pudding? Sick! Or dude, when Scorpion shouts his catchphrase (“Get over here!”) launching a wrist blade? In these moments, Kombat krushes. And you know what? There’s a weirdly respectable amount of artistry here for an ostensibly obscene film about magic and punching people really hard. The film takes the series’ legacy seriously enough while also ribbing it. Much of the script is dedicated to talk of portals and souls and ancient feuds, only to let Cole mock the tourney’s misspelling and use of the “K.” The effects and costuming are all pomp, but shimmery, and far from low-rent (see: 1997’s Annihilation). An intensely sonic score from Benjamin Wallfisch will rumble theater walls to ash. Blood effects have come a long, gross way from those little red squares. And the movie’s populated by actors who seem excited to play. For a kill-fest, it walks and talks like the prestige feature of its field. 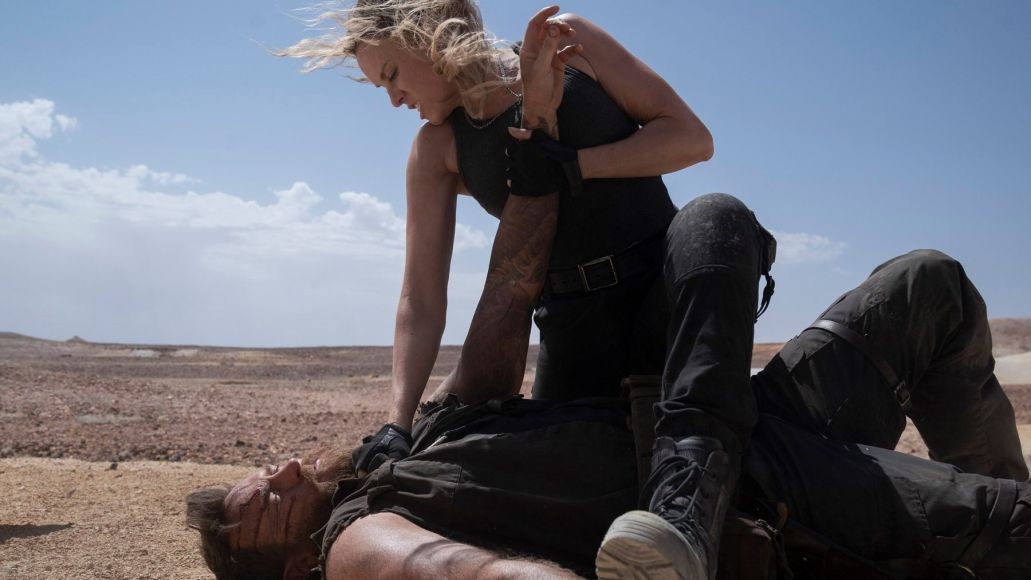 Kombat Rock: Mortal Kombat always played like a bloodthirsty riff on Enter the Dragon, with preposterous moves, combos, and surrealism. The opening fight between Scorpion and Sub-Zero here has: A face slash, a gut stab, flailing limbs, dick punching, a shoulder stab, flowing blood with accompanying sound effects, and all the crunching cartilage sounds you’ve never asked for. That they survive all of this again makes for suspect drama, but in the moment, the visceral elements and rapid-cut moves are effective. McQuoid tends to live in the moment, and Mortal Kombat has a lot of decent ones. Fire dragons, laser eyes, practical and digital effects cleverly working together. The hits land.

Test Your Might (And Your Stomach): Here’s the concerned parent in me coming out, but a word of warning and parental advisory. This film seems catered to people with subscriptions to Fangoria and the game’s online community. And for those dudes, the gore will be relatively tame. In the game Mortal Kombat 11 you can smash a fighter’s skull with raspberry jelly-like viscera spewing out, and that person will still have 60% of their health left. But in the film, the more human gore (like a person getting bisected by a spinning hat) is deeply gross. And perhaps this is a weird litmus, but why might a human being’s arm being turned to red powder be more upsetting that a computer-animated guy’s hand getting chopped off? A thought, but talk among yourselves.

Verdict: Gone is the industrial music and stage-by-stage plotting of Paul W.S. Anderson’s 1995 cult favorite. Now brings a metric ton of high-impact coverage and breakneck beats. And it works, as if Simon McQuoid kept goading his editors, stars, and stuntmen to pick up the pace. Freneticism like this isn’t for everyone. But as far as martial arts epics go, MK is a high-gloss geek show that repeatedly delivers.

It’s far from a flawless victory, but Mortal Kombat offers many little ones throughout.

Where’s It Playing?: Starts today on HBO Max for a 30-day window and in select theaters.