Origins is our recurring new music feature that gives artists the unique chance to detail the influences behind their latest track. Today, members of Taking Back Sunday, Circa Survive, and Grouplove form Fuckin’ Whatever for “Original Sin”.

Considering the circles they’ve run in over their decades-long careers, a supergroup featuring Taking Back Sunday and Circa Survive members might make decent sense. But if you say that project also features found percussion from Grouplove’s drummer and is practically a cappella — well, that’s a little more surprising.

During the 2016 Taste of Chaos tour, Circa Survive/Saosin’s Anthony Green began channeling his post-show energy into impromptu parking lot sets. Eventually, he transitioned into backstage jams with TBS’ Adam Lazzara and John Nolan and Grouplove’s Benjamin Homola. Leaving their instruments on stage, they only used their voices and body percussion.

Calling themselves Fuckin’ Whatever, the behind-the-scenes supergroup recorded their nightly sessions on their phones. When 2020 left everyone feeling creatively restless, Green suggested releasing some of those tour recordings, but Nolan said they should go all the way. Recording remotely and using nothing but their own voices and whatever non-instrument item Homola could hit around his house, the Fuckin’ Whatever EP was born.

Out June 4th via Born Losers Records, the five-track EP is unlike anything you’ve ever heard from the members’ mainstay projects — understandably, considering how it was made. New single “Original Sin”, for example, sounds like someone electrified an a cappella dirge. Green, Lazzara, and Nolan’s voices swirl around each other in Gregorian tones while you’d swear Homola was using a drum machine to create the beats.

Check out “Original Sin” below, followed by the track’s Origins from Fuckin’ Whatever’s Green.

Fuckin’ Whatever is available for pre-order now. 30% of digital sales made through Bandcamp will go to support the National Independent Venue Association — a cause Consequence can definitely get behind.

Two in the Wave: 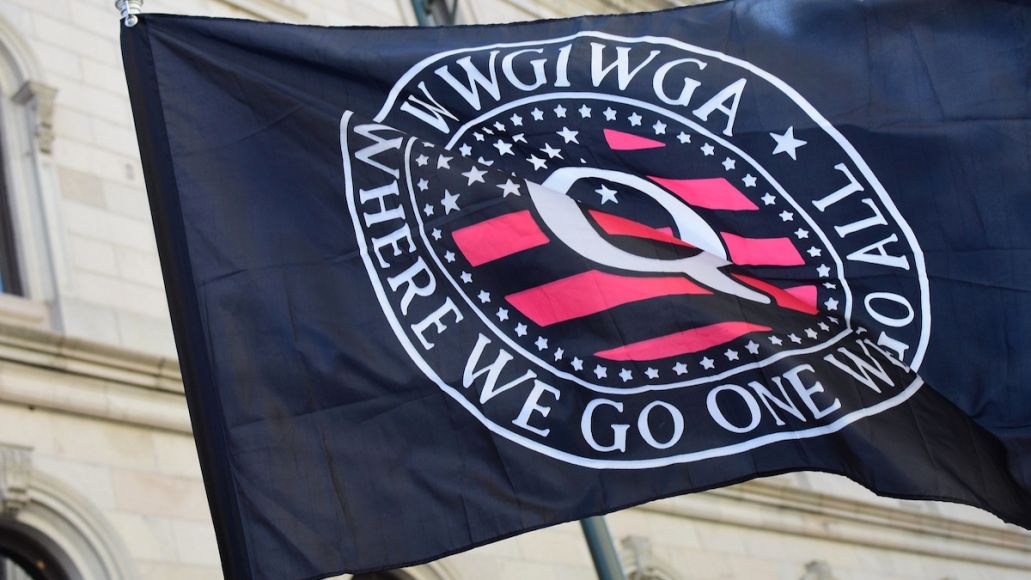 When I was writing the lyrics for the song I was thinking a lot about how q became so popular by praying on people‘s mistrust. The way massive amounts of people were manipulated was terrifying.

“Ring Around the Rosie”: