Indie pop artist Nandi Rose has announced her fourth album under the Half Waif moniker Mythopoetics, out July 9th via ANTI- Records. To accompany the album announcement, Rose unveiled her new single, “Swimmer”, along with a music video directed by Kenna Hynes.

Update — May 18th. Half Waif has announced a 2021 North American tour with tickets going on sale Friday, May 21st. Check out the dates below and get your tickets here.

After starting out as a member of Pinegrove, the Hudson Valley-based artist has wandered farther out from her indie rock beginnings on each solo release, with 2020’s Caretaker and 2018’s Lavender pivoting towards a more electronic, art-pop sound. “Swimmer” follows that trend and comes after Rose’s earlier singles this year, “Orange Blossoms”, “Party’s Over”, and “Take Away the Ache”, all of which will be included on the upcoming LP. Mythopoetics also continues the collaborative relationship between Rose and composer-producer Zubin Hensler, who has been a creative force on every Half Waif album since 2016’s Probable Depths.

Mythpoetics tackles Rose’s internal struggles with addiction, loss, and memory, along with the omnipotent influence of COVID on the world at large. But she actually started this project with a newfound self-assurance. “This is the record I’ve been trying to make for 10 years,” she said in a statement. “My voice is changing, and my confidence has reached a point where I feel that I can sing however I want; I’ve finally come to a place where I don’t have to conform to what I think other people want it to sound like.”

As for “Swimmer”, it was inspired by visiting her grandmother with Alzheimer’s, as Rose sought to use her voice as a tool for connection and consolation. “Now the only way I can reach her is through music. I sing for her with my hand on her shoulder, feeling the soft weight of her body through the blanket, pouring all of the love I have from my voice into that warm arm. I try to reconcile what is still here with what has already gone.”

The “Swimmer” video was directed by Kenna Hynes, another frequent Half Waif collaborator. The visuals open on a curving, forested highway as a thumping drum machine syncopates with images of Rose riding a motorcycle on the desolate road. The snap of synths plow in as her voice soars above the skeletal beat. “You may not know it, but I am loving you. With my fingers on your shoulders, I am loving you,” she sings. Pulling over at a seemingly abandoned warehouse, Rose runs inside, and the layered electronics build over a choreographed fight scene. She sings, “Come a little closer, Give me something I can hold. I wanna know they can’t take this away from me”.

Watch the video for “Swimmer” below. Mythopoetics is out July 9th via ANTI- Records, and you can pre-order it now. 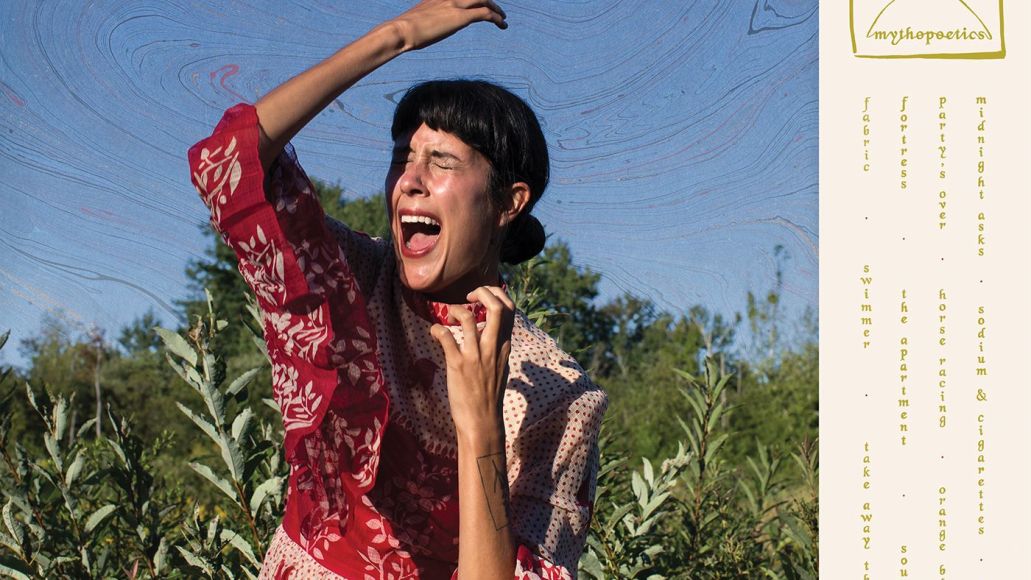