The lineup for the 2021 Inkcarceration Music & Tattoo Festival has been announced, with Slipknot, Rob Zombie, and Mudvayne set to headline the three-day event in Mansfield, Ohio. The September fest takes place at the Ohio State Reformatory, an old prison made famous as the location of the movie The Shawshank Redemption.

This year marks the first time that large-scale festival promoter Danny Wimmer Presents is involved in the Inkcarceration fest, and the impact on the lineup is noticeable. In addition to the aforementioned headliners, the September 10th-12th event boasts such acts as Mastodon, Halestorm, Killswitch Engage, A Day to Remember, Chevelle, Beartooth, Fever 333, Asking Alexandria, Motionless in White, All That Remains, and dozens more hard rock and metal acts.

Inkcarceration is the first 2021 North American date announced for Slipknot, who were in the midst of touring behind their acclaimed 2019 album, We Are Not Your Kind, when the pandemic put a halt to the masked band’s road show. As reported yesterday, Mudvayne are reuniting after a 12-year absence, and Inkcarceration will be their first show back together.

Slipknot percussionist Clown stated, “After 20+ years on the road, it’s always wonderful to experience new things. We are excited to be a part of Inkcarceration Music & Tattoo Festival. It will be great to get back out there and be with our family again. Stay safe and see you soon.”

Promoter Danny Wimmer added, “We know firsthand what it’s like to grow a high concept festival from scratch, and the challenge of taking a great event to the next level. It always starts with the music, but you also need to create a great experience. We’ve been so impressed with Inkcarceration, and how quickly it became a must-see show on the festival calendar.”

He continued, “Tattoos are such a central part of the rock n’ roll lifestyle — something that fans are always talking about on our own socials — and it’s such a unique location. I’ve toured the Ohio State Reformatory, and it’s an experience you don’t want to miss. DWP is excited to have the opportunity to bring Inkcarceration to that next level.”

As Wimmer mentioned, tattoos are another major focus of the fest, with dozens of notable tattoo parlors on hand to ink fans in between their favorite bands’ sets.

See the full day-by-day Inkcarceration lineup, as well as the participating tattoo shops, in the posters below. Pick up tickets at the official Inkcarceration website or via Stubhub. 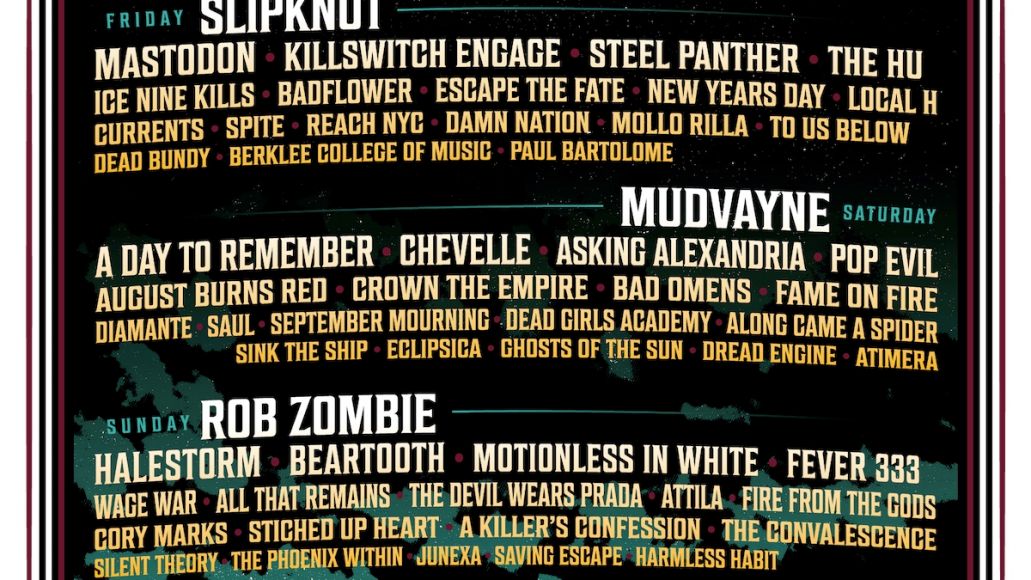 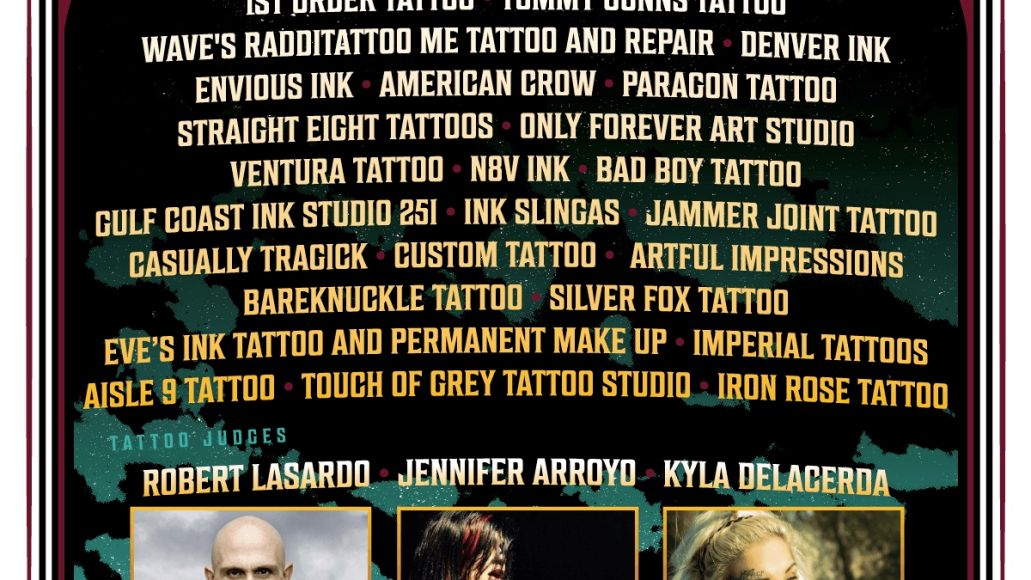