Joni Mitchell is celebrating arguably her greatest run as an artist with a new box set. The collection, titled The Reprise Albums (1968-1971), will feature her prolific four-album run for Reprise Records — 1968’s Song to a Seagull, 1969’s Clouds, 1970’s Ladies of the Canyon, and 1971’s Blue — just in time to celebrate the 50th anniversary of the iconic Blue. The box set is due out June 25th via Rhino.

The Reprise Albums (1968-1971) will feature newly remastered versions of all four albums, but arguably the most significant is Song to a Seagull. Mitchell and mixer Matt Lee updated the original mix after discovering that it was muddled and grainy. “The original mix was atrocious,” said Mitchell in a statement. “It sounded like it was recorded under a jello bowl, so I fixed it!”

Longtime fans and new listeners alike will find that The Reprise Albums (1968-1971) serves as a reminder of why Mitchell is one of the greatest singers of all time. Listening to the newly remastered version of “A Case of You”, which Mitchell has shared today to celebrate the box set news, her voice sounds more heartfelt and refined than ever before. Stream it below

The box set also includes an essay by country folk-rock artist Brandi Carlile, a longtime fan of Mitchell who recently covered Blue in its entirety live. “In my opinion, Blue is the greatest album ever made. Blue didn’t make me a better songwriter. Blue made me a better woman,” her essay reads. “No matter what we are dealing with in these times, we can rejoice and know that of all the ages we could have lived through, we lived in the time of Joni Mitchell.”

The 180-gram vinyl box set for The Reprise Albums (1968-1971) is limited to 10,000 copies. Pre-orders for the vinyl, CD, and digital versions of the box set — plus her first-ever line of official merch — are currently available at Mitchell’s website or via Amazon. Check out the cover art for it, a previously unseen self-portrait that Mitchell sketched during the time period, after the jump.

For those keeping track, this new box set is a part of Mitchell’s ongoing archival series of her extensive catalog, but technically it isn’t Vol. 2. The sequel to Vol. 1: The Early Years (1963-1967) will focus on the timeframe when she recorded these four albums and will come with unreleased audio, demos, and more. A press release says that Vol. 2 will arrive “later this year.” 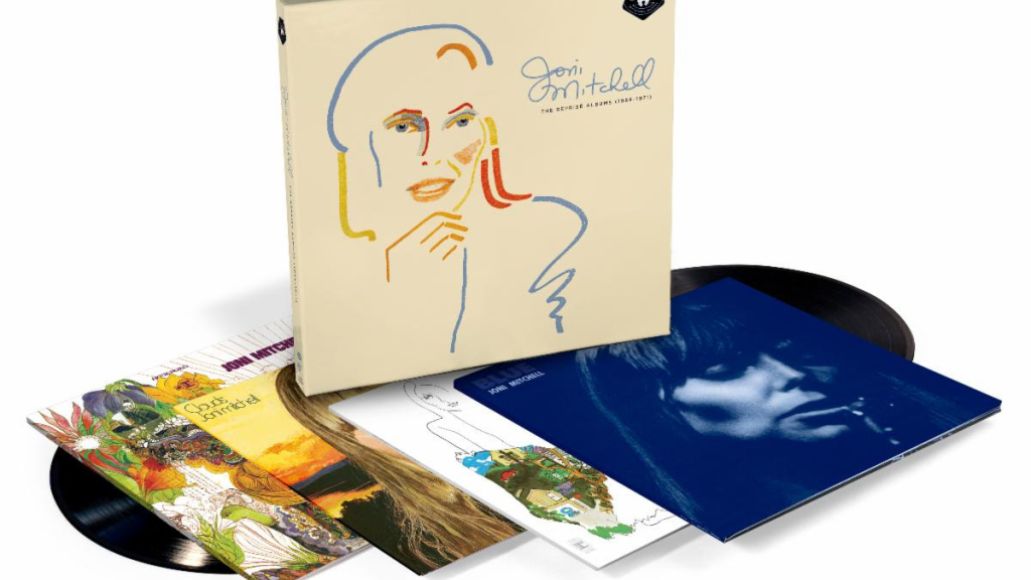