King Diamond and Z2 Comics have teamed up for a graphic novel adaptation of the metal icon’s seminal 1987 concept album Abigail. The book is due out in October — just in time for Halloween.

Few albums are better suited for a comic adaptation. Abigail tells the story of Miriam Natias and Jonathan LaFey, a young couple who move into a haunted mansion. Full of gothic noir and Edgar Allan Poe vibes, the album’s nine songs function as a suite, weaving a macabre narrative.

The conceptual story album would become a staple of King Diamond following Abigail, which remains arguably the artist’s most acclaimed work. The King himself was enlisted to help write the “chilling new version” alongside White Noise Studios writer Dan Watters and October Faction artist Damien Worm.

“A graphic novel based on one of my stories is a dream come true for me,” King Diamond said in a press announcement. “Working with a company like Z2 and the writer Dan Watters, and the graphic artist Damien Worm, is making this project the highest class one could wish for. Not just our own fans, but any fan of the horror genre, will enjoy the darkness and creepiness of this project. I simply can’t wait to personally be able to present this to you once we get closer to Halloween. Abigail has risen again.”

In addition to the comic, Z2 will also be releasing a special picture disc vinyl edition of the Abigail LP, featuring new artwork from the novel. A pair of collector’s bundles with other goodies can be pre-ordered, as well.

“King Diamond is as his name would imply, heavy metal royalty, and we are all his servants,” publisher Josh Frankel said. “I couldn’t be more honored to reward fans of comics and heavy music with what will most likely be one of the highlights of the year, and a high watermark for Z2’s direct artist collaborations overall.”

Speaking of artist collaborations, Z2 recently partnered with Anthrax for a comic adaptation of their classic album Among the Living. If graphic novel tie-ins are the new metal merch trend, consider us stoked.

Check out the book cover and extras below. Pre-orders are available via Z2’s website. 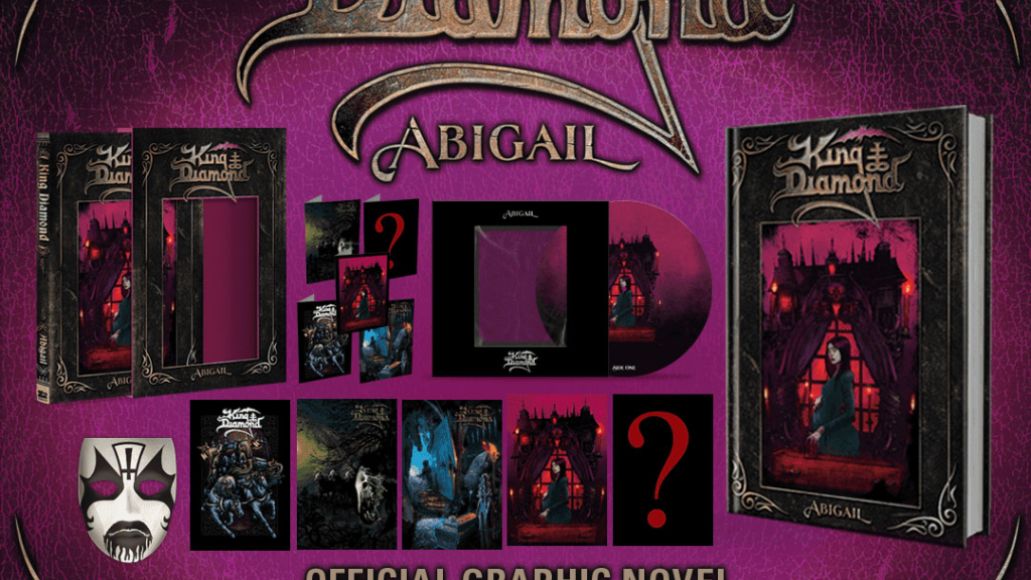