Marvel has shared a new trailer for the next Marvel Cinematic Universe adventure to come to Disney+, Loki. The series is set to arrive on the streaming service on June 11th, and it already looks like it will rival WandaVision in high-concept premise and The Falcon and the Winter Soldier in big budget action.

Much of what we see in this latest preview we already knew: the “variant” of Loki (Tom Hiddleston) who picked up the Tesseract in Avengers: Endgame ends up causing some time turmoil with his actions. That puts the Time Variance Authority on the case, and Owen Wilson’s Mobius plucks Loki from the time stream in hopes of using his “unique Loki perspective” to help set things right. There’s traveling to different planets and times (via rectangular doorways that might have comic fans thinking “Time Platform”), snarky quips a-plenty, and the clear sense that everyone has ulterior motives.

That’s all to be expected — even that apparent Black Widow tease has been seen before — but the most interesting new info may come from the revelation of Gugu Mbatha-Raw’s character in the show. The trailer paints her as someone unsure of trusting this Loki variant, and a quick fight scene may hint she’s at odds with the TVA in general. But it’s the caption of a new image of Mbatha-Raw’s character that gives up the big reveal: Her character’s name is Judge Renslayer.

“Judge” is clearly the MCU version of the TVAs’ “Justices,” essentially the police force of the timeline. It’s that “Renslayer” that should have fans’ minds reeling, however, as the only prominent character with that name in Marvel lore is Ravonna Renslayer, who has major times to the powerful inter-temporal villain Kang the Conqueror.

Kevin Feige has long let it be known that Loki would tie directly into Doctor Strange in the Multiverse of Madness, but it looks like the series will connect with Ant-Man 3 as well. Jonathan Majors has already been cast to play Kang in the upcoming Ant-Man and the Wasp: Quantumania, and seeing how tightly interwoven Ravonna, the TVA, and the time-traveling conqueror are… well, the breadcrumbs are clearly being dropped.

Check out the new Loki trailer and the image of Mbatha-Raw’s Judge Renslayer below. 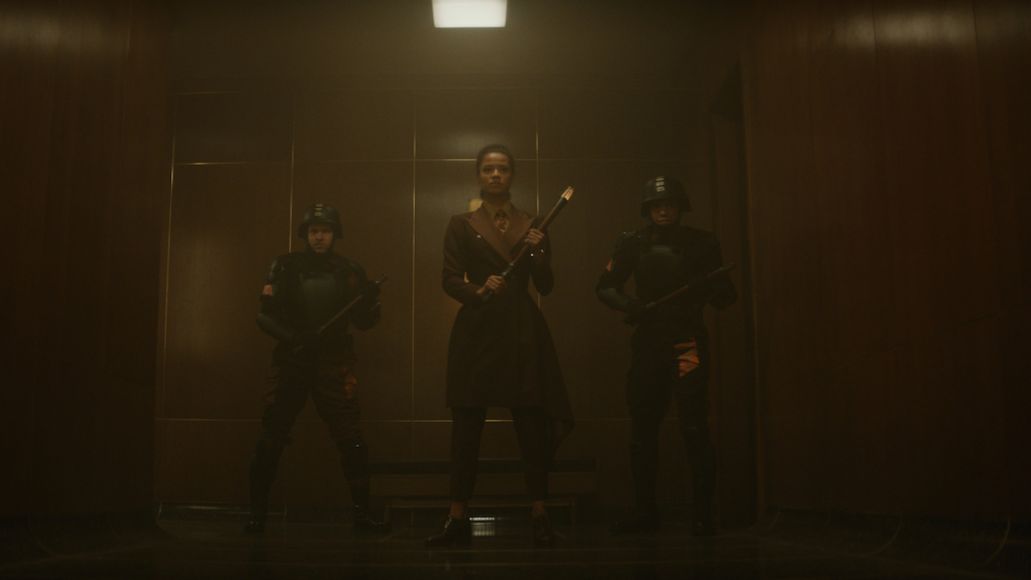