If Matthew McConaughey decides to actually run for Governor of Texas, he may have more than an alright, alright, alright chance of securing the political seat. A new poll conducted by The Dallas Morning News and the University of Texas at Tyler has the actor ahead of incumbent Gregg Abbott a whopping 45% to 33%.

The poll surveyed 1,126 registered voters between April 6th and 13th. 22% of respondents said they’d vote for someone other than Abbott or McConaughey, and the margin of error was plus or minus 2.92%.

While the numbers are certainly encouraging for the Academy Award-winning actor, the trick may be what party’s banner he decides to run under. McConaughey has been quoted as saying the politics are currently “a broken business,” defining himself as a centrist while slamming both the right and the left. That would seem to position him more towards Republicans, with Democrats increasingly leaning into progressive platforms.

However, poll showed only 30% of Republican voters would go for a McConaughey ticket, with 56% favoring Abbott. At the same time, McConaughey took the Democrat response 66% to 8% and the independents 44% to 28%, yet 51% of Democratic voters said they’d prefer a progressive candidate, with only 25% favoring a centrist.

On the other hand, the typically anti-Hollywood elite right may actually key onto McConaughey for his supposed similarities to — wait for it — Donald Trump. Just as the same name recognition and positive standing in Texas helps McConaughey the same way it helped Trump (per the roll’s director, UT-Tyler political scientist Mark Owens), the actor’s straight-shooting style may also help sway some GOP voters.

“He’s popular, he’s colorful, and he’s not afraid to tell it like it is,” said 47-year-old construction manager Mark Harp, a conservative independent who spoke to The Dallas Morning News. “He has some of the same qualities of Donald Trump, and that will play well in Texas.”

Classic Film Review: Dazed and Confused Grooves With an Air of Immortality

McConaughey has long been publicly mulling a gubernatorial run. In March of this year, he told The Balanced Voice podcast it was “a true consideration.” “I’m looking into now, what is my leadership role?” he said. “Because I do think I have some things to teach and share, and what is my role? What’s my category in my next chapter of life that I’m going into?”

If he does run, he’ll have some time to woo people to his centrist stance: Abbott isn’t facing re-election until November 2022. 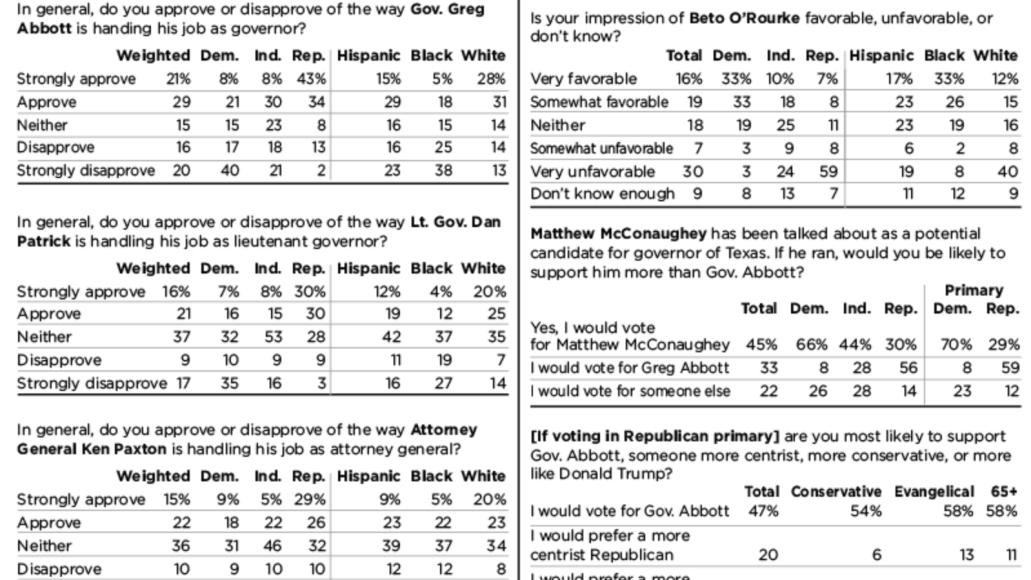