Editor’s Note: Modest Mouse’s first album — that one with the really long title — came out 25 years ago this week and changed the landscape of indie rock forever. We welcome author Bryan C. Parker in his Consequence debut as he looks back at the sad, angsty beginnings of Isaac Brock’s Issaquah, Washington, outfit.

Modest Mouse’s 1996 debut album, This Is a Long Drive for Someone with Nothing to Think About, mapped a blueprint for one of the most successful careers in indie rock. The wandering guitar line, woozy note bends, and staggering drums that announce the record, combined with frontman Isaac Brock’s gravelly bark, forged an inimitable palette for the trio from the unassuming town of Issaquah, Washington. In time, Modest Mouse became subculture darlings, found commercial success, wrote a party rock anthem, hit No. 1 on the Billboard charts, and had a lineup that once included The Smiths’ Johnny Marr. But Modest Mouse’s iconic sound is realized almost entirely on the first few tracks of their first album, which celebrates its 25th anniversary this week.

In retrospect, it’s clear that Modest Mouse’s inaugural effort represents a pivotal point between the progenitors of indie rock and the boon of bands that followed. Stylistically and thematically, the group’s early work created a perfect bridge from the edgy power of Pixies and Pavement to the earnest and plaintive indie rock of the early aughts like Death Cab for Cutie, The Shins, and Arcade Fire. Independent music might have roots in being emotionally expressive, but the melancholy had not yet hit in earnest. Brock and co. were sad, but they were a little pissed about being sad. It was ennui, but angsty, a combination of moods that pervades the late ’90s and is captured perfectly on Long Drive...

I first heard Modest Mouse at 18 years old, the same age as Brock when he started the band. I had just moved away from my own small hometown in Northeast Texas, and was still deeply immersed in my own angst. Plus, Texas has plenty of long, winding highways across vast stretches of nothingness perfect for Modest Mouse’s sprawling, disenchanted masterpiece.

After rock’s pinnacle in the ’70s and the emergence of slick production in the ’80s, music was looking for a way to assert its subversive side. Punk had made its case in those eras, and grunge had taken the world by surprise in the early ’90s. But Kurt Cobain was dead by the time Brock formed Modest Mouse. Like Nirvana (also from a small Northwestern town), Modest Mouse created something captivating and then stumbled headlong into acclaim almost by accident.

“Traveling, swallowing, Dramamine,” Brock slurs out in the album’s opening line, portending a sense of frustrated malaise that pervades the record to come. We know we’re going somewhere and that our journey may make us nauseous. Brock began “traveling” at the onset of this Long Drive… and was still cruising the vastness of the western landscape until he was “Out of Gas” near the end of the band’s second album. The harmonics and whammy bar technique of the opening track also emerges on later songs, including 2004’s “Ocean Breathes Salty” and even 2015’s “Lampshades on Fire” — standout tracks in the band’s discography. Even at their earliest, Modest Mouse had a sound primed for success.

Stumbling through guitar chord hits and into the second verse of “Dramamine”, Brock chants, “We kiss on the mouth but still cough down our sleeves.” Rock music has catalogued love and heartbreak since the beginning, but such intense psychological scrutiny of post-modern intimacy was just now becoming en vogue for bands outside the mainstream. Brock was just 20 years old when Long Drive… was released. Like any kid his age, he was still sorting out his place in the world. His introspection emanates on the record’s buried gem, acoustic rock jam “Talking Shit About a Pretty Sunset”, confessing: “I’m trying to understand myself and pinpoint where I am.” It’s a moment of earnestness that illustrates the fog of young adulthood and underscores the album’s Long Drive…

However, Brock was also conscientious enough that his lyrics frequently cast an eye outward at the interactions of humans with the world, society, or industry. Before there was Amazon, there was Microsoft. And in 1979, the little company founded by Bill Gates relocated to Bellevue, Washington, which sits directly between Seattle and Issaquah. Brock’s childhood hometown tripled in size between 1980 and 2000, morphing from sleepy hamlet into suburban strip mall during the songwriter’s coming of age. “Rows of lights to illuminate lines/ Why don’t they turn them off and let us see night?” he wonders on album standout “Ohio”. Barbs of such social critique tinge Modest Mouse’s debut and became more pronounced on later releases.

If “Dramamine” lays out the band’s formula, the subsequent two tracks provide variations on that theme. “Breakthrough” cranks the energy with a percussive onslaught and finds the band at their most Pixies-esque. No one else channels that band’s trademark juxtaposition of quiet and loud quite as adeptly as Modest Mouse. The soft and wistful “Custom Concern” follows with a meditation about living and working in a small town. “Gotta go to work, gotta go to work, gotta have a job,” Brock sings, the lament of any teen. The disparate double-tracked vocals on the line play out like a chorus of scolding adults, as Brock drawls in baritone while squawking in a higher register. But then he follows with: “Goes through the parking lot fields/ Didn’t see no signs that they will yield,” another jab at suburban sprawl. Such awareness saves Long Drive… from slipping too far into self-indulgence.

Long Drive’s middle yields a slate of less fully realized songs that sound like works in process rather than finished products. Still, they’re unquestionably arresting, and they sustain the album’s musical and thematic power with thunderous drums, piercing shouts, and conceptual lyricism. Songs like “Dog Paddle” and “Head South” are the least sonically developed on the record but also further central ideas of travel, dislocation, and frustration. This stretch of the album’s landscape may take a back seat to the rest, but it fits within its sweeping chaos.

The album’s final act returns to form with a string of strong cuts that culminates in the anthemic “Talking Shit About a Pretty Sunset”. The title itself reveals the wry, self-aware nature that makes Modest Mouse’s songs so memorable. It transparently admits its misguided anger. While many angsty bands carry the pretense of a great reason to be pissed off, Modest Mouse saw their own bullshit. Its jaded smirk more than melodramatic moan — a quality that helps their music stand up to the harsh glare of hindsight.

On the whole, Long Drive… is a debut full of complex, evolving songs. Even fans who found the band on an end-cap in Target 10 years later would find much to like about this stalwart first effort. Latecomers may be more or less charmed by these roughly hewn songs when held up to the pop overtones of later albums, but they would not find an entirely alien band.

Though an iconic debut, Long Drive… almost wasn’t Modest Mouse’s first album. Sad Sappy Sucker, recorded before it and planned for release on K Records, experienced so many delays it was finally shelved indefinitely. It eventually came out almost exactly five years later, April 24th, 2001. The album celebrates its 20th anniversary in the same month as Long Drive’s 25th and probably deserves a long look of its own. It possesses some of the same raw power but lacks the maturity and range of Long Drive... Perhaps most importantly, it underscores the band’s early connection to the region and to K Records, seen as an important tastemaker with bands like Karp, Kicking Giant, and Built to Spill.

Modest Mouse’s proximity to the epicenter of musical notoriety in the ’90s and the advent of the Internet both had a hand in their lasting legacy. You can bet that major label suits showed up in the evergreen forests around Seattle peeking into backyards, looking for the next Nirvana. And in a way, they found them. But I remember Modest Mouse arriving to me alongside Belle and Sebastian, Cat Power, and Death Cab for Cutie within a span of what feels like a week thanks to Napster. Regionally, Modest Mouse was already huge in their native Northwest, but I have to believe that the Internet played a critical role in cementing their renown on a national scale.

At that point, just after the turn of the century, Modest Mouse’s major label debut, The Moon & Antarctica, had just been released, but their entire discography to date felt new to me. While songs from The Moon & Antarctica and Lonesome Crowded West certainly got their share of plays, songs like “Dramamine”, “Breakthrough”, and “Ohio” had a raw energy and bravado that made Long Drive… incredibly alluring to me. These songs were propulsive rocket fuel that would send Modest Mouse into a new stratosphere. Simply put, the album still rips. And it’s easy to see how its tremendous force and distinct sound set Modest Mouse on a trajectory into the pantheon of great American rock bands.

Pick up a copy of This Is a Long Drive for Someone with Nothing to Think About here... 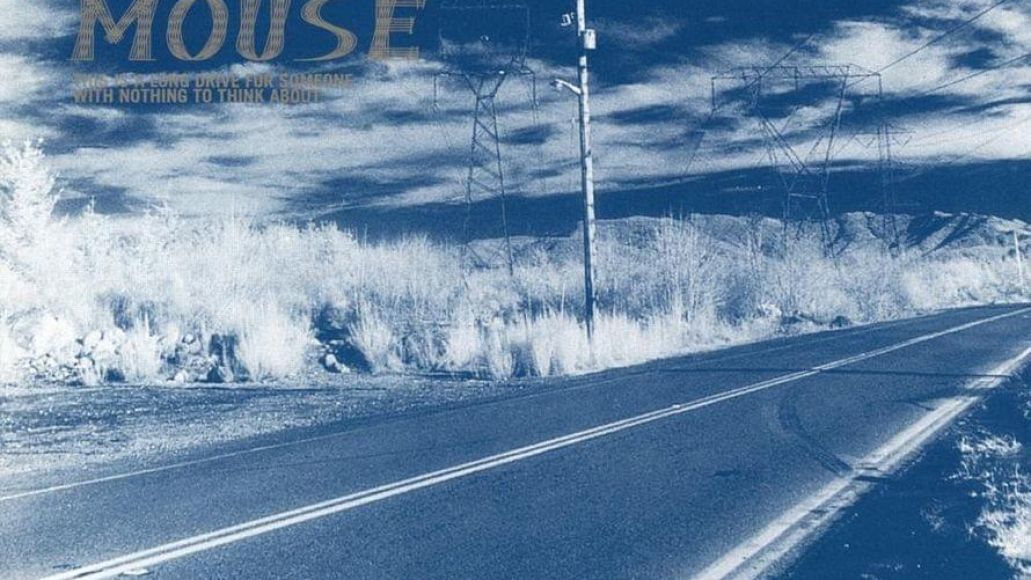