While one is nicknamed the “Prince of Darkness” and the other is known as “Captain Kirk”, it still would’ve been hard to predict that metal legend Ozzy Osbourne and veteran actor William Shatner would be inducted into the WWE Hall of Fame. But that’s exactly the case, as the two will be feted in a ceremony set to air tonight (April 6th) on Peacock and the WWE Network.

Both Osbourne and Shatner have made numerous WWE appearances over the years, becoming the latest celebrities to enter the wrestling institution’s Hall of Fame. Though Osbourne’s induction went unannounced, he appears on the official T-shirt for the 2020-2021 ceremony. Furthermore, as reported by Wrestling Observer, he appeared during the taping for the event, recording a remote address accepting the honor.

Update, April 7th: Ozzy and Shatner were indeed inducted into the WWE Hall of Fame during the ceremony that aired last night (April 6th). Watch their acceptance speeches below.

Among the most notable of Ozzy’s frequent WWE TV appearances was his partnership with Captain Lou Albano during WrestleMania 2 back in 1986. The duo managed “The British Bulldogs” in a tag-team championship victory over Brutus Beefcake and Greg Valentine.

Later on, Osbourne would also perform music at a taping of Smackdown in Baltimore in May 2007 before later serving as a special guest host on Raw in November 2009.

As for Shatner, the Star Trek actor’s first WWE appearance came in 1995, where he was a guest on Jerry “The King” Lawler’s “King’s Court”. Shatner returned a week later to stand in Bret “Hit Man” Hart’s corner in a match against Jeff Jarrett. It culminated with Shatner giving Road Dogg a forearm to the head when the latter tried to intervene after Jarrett’s defeat.

Along with Ozzy and Shatner, the ceremony will honor both the 2020 and 2021 class of wrestlers (since last year’s event was postponed due to the pandemic). Among those being enshrined are New World Order, The Bella Twins, Kane, Rob Van Dam, and others.

The induction ceremony was recently taped in Florida and airs tonight (April 6th) at 8 p.m. ET on Peacock and the WWE Network. Check out the hall-of-fame shirt and vintage footage of Osbourne ringside in 1986 below. 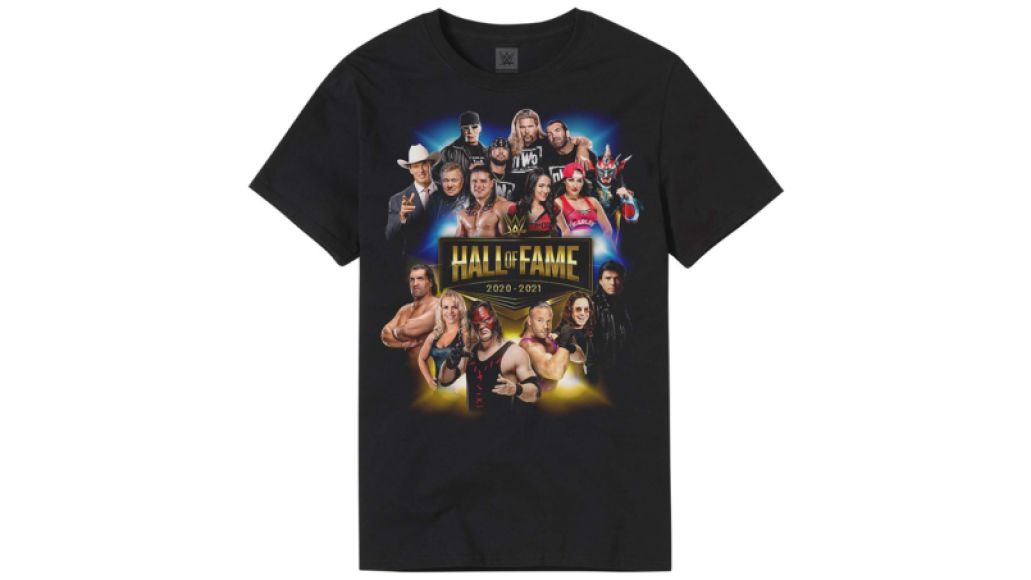 With William Shatner in his corner here, The Hitman defeats Jeff Jarrett. pic.twitter.com/yHbAv1fS4C