Editor’s Note: Rage Against the Machine’s Evil Empire came out 25 years ago this week. Contributing writer Robert Dean looks back at how the album not only stirred his social conscience as a teenager but also how the music’s messages and, dare we say, rage feel as powerful and poignant as ever a quarter-century later.

When you’re 15, there’s a ton of developmental burden. You take things at face value. There’s subtext everywhere and within everything – all of the time. Fifteen-year-olds are walking sponges. They feel things. When we were that young, we poured over lyrics, read into a band’s value system, and adopted their morals and identity. (Remember how many kids wore Adidas in the ’90s because of Korn?) But in certain cases, these bands can impact us on levels that carry over long into adulthood. They have that type of staying power.

In 1996, I was 15. I was also lucky enough to see Rage Against the Machine on their “Evil Empire Tour” fresh in the wake of “Bulls on Parade” hammering away on MTV every hour. The ticket had been a gift. Before then, I’d been to punk shows, festivals, and generally benign concert experiences. I was the kid who’d ingested Rage’s rhetoric, wholly bought into their calls for social justice, wanting the world to be a fair and equitable place, even though I couldn’t yet drive a car or cast a ballot, nor did I have any idea of what the working world was in its cruel, oppressive reality.

At the beginning of that show, Tom Morello’s mother strolled out with her white, tucked-in RATM shirt and mom jeans (long before they were cool again), announcing to the frenzied audience of a very sold-out and probably over-capacity Aragon Ballroom: “I’d like to introduce the best fuckin’ band in the universe! From Los Angeles, California, Rage Against the Machine!” And then all hell broke loose as the band dove straight into Evil Empire opener “People of the Sun”. No longer were semi-normal humans standing still, having a good time, waiting for a rock and roll show. Instead, the floor of what was once one of Chicago’s premier dance halls in the Big Band era became a godless warzone. Bodies crashed into one another, looking for other warriors to test their fortitude in the midst of madness.

What’s amazing is that all these years later, Rage Against the Machine still hold this power over us. The band recently announced that their 2020 reunion tour has once again been pushed back, now to 2022. (Yes, I have tickets.) And the whole thing is still sold out. Rage Against the Machine have most definitely not wound up on the country-fair circuit. Instead, their legacy has become timeless, standing as one of the most influential bands of the 1990s with very few measurable peers aside from an obvious comparison like Nirvana or Pearl Jam.

Following up their self-titled debut must’ve felt like a daunting task. “Freedom” and “Killing in the Name” had become massive hits off that album, propelling the band from the clubs to packed theaters almost overnight. The band even played Lollapalooza that year before going back into the studio to record their follow-up, Evil Empire. While the self-titled record stands firm on its merit, it’s nowhere near as angry as Evil Empire, which sonically comes at the listener with a Louisville Slugger ready to knock heads off.

Despite being released 25 years ago, Evil Empire resonates as much as ever socially. The themes of racism, classism, and greed are more overt now than they were back when Bill Clinton was tooting his sax in his cool-guy shades and Donald Trump was just a billionaire scumbag we knew from the New York tabloid headlines. The record’s title was a play on Ronnie Reagan infamously calling Russia the “evil empire” when, in the band’s mind, the United States’ longstanding political practices made us no better. The light they shone on the dark corners of America illuminated long and arduous relationships with war profiteering, institutionalized poverty, continual racism, and a broken justice system that had thousands locked up for petty crimes based on transparent socioeconomic factors.

Evil Empire acted as a guide for a lot of young minds to take action. There’s no doubt there are a lot of shirtless bros who love to beat their chests to the thumping rhythms that Rage pumps out a la Tim Commerford and Brad Wilk being in lockstep. But, for those who read the books featured in the liner notes, minds were changed forever by a band who knew what they were doing by citing James Baldwin, Howard Zinn, and Noam Chomsky and a number of historical and ongoing causes.

The album’s unrelenting opener, “People of the Sun”, is threaded with references to Mexican culture such as the Zapatistas, along with the invasion of the Spanish against the Aztecs. There are even lyrical touchpoints of 1943’s Zoot Suit riots. Immediately, the band put the listener on notice: we’re coming for your belief system and your kids. “Bulls on Parade” still charges with its bombastic intro and lyrics daring the listener to be emphatically outraged at the moral corruption that surrounds them. It’s especially relevant considering the song is about the border crisis between the United States and Mexico. Sound familiar?

“Down Rodeo” aims at the inequalities in Los Angeles around the time of the LA riots, calling to task those locked away in the gated communities of Beverly Hills who had no idea how to relate to the people suffering within the city’s Black neighborhoods. Zack De la Rocha growls, “So now I’m rollin’ down Rodeo with a shotgun/ These people ain’t seen a brown skin man/ Since their grandparents bought one.”

“Year of the Boomerang” challenges listeners with references to Sartre: “It is the moment of the boomerang.” The song observes struggles against classism with the lines, “It’s dark now in Dachau and I’m screamin’ from within/ ‘Cause I’m still locked in tha doctrines of tha right/ Enslaved by Dogma, ya talk about my birthright/ Yet, at every turn I’m runnin’ into Hells gates/ So, I grip the cannon like Fanon and pass tha shells to my classmates.”

Evil Empire has no weak spots. It’s a genre classic that grinds from riff one to the last note struck. With the self-titled album being so strong, it’s incredible how the band navigated their way through Evil Empire, giving listeners something raw and provocative while never losing the group’s identity as seekers of truth. There’s a vicious through-line within all of Rage’s original material, but on Evil Empire, the spear was the sharpest. Their music isn’t corny, like looking back on a Limp Bizkit single. There’s no groan like looking back at photos decked out in Jnco pants or visors worn upside down. Instead, the beauty of Evil Empire is that it’s never lost its fire.

We needed Rage Against the Machine while Trump slobbered all over the American identity. That’s the beauty of their music and what the brand represents. Despite the lack of new material, we salivate for any fragment of the band together once again. Evil Empire will never grow stale. The problems of the United States are still front and center, despite minor progress. There are still political prisoners, and there’s still a system to fight. We’re still grabbing for those books they mentioned so many years back, and new kids are hearing the message using songs like “Vietnow” or “Wind Below” as their anthems for a new America.

Rage’s broken anthems for a fractured America have touched many lives, even shaping the leftist politics of a kid back when he was a geeky teenager who couldn’t drive. Now that I’m nearing 40, their impact still burns like a fist with that Molotov, looking for a better America.

Pick up a copy of Evil Empire here… 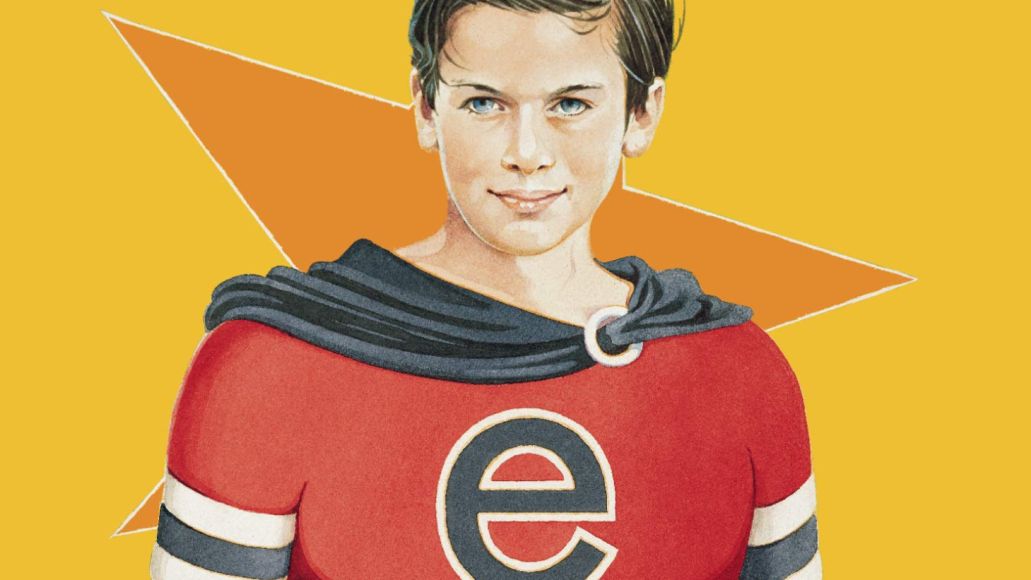