Less than two weeks after announcing a 2021 North American tour, alt-pop songwriter Rina Sawayama has pushed back that slate of dates to spring of 2022.

Those who have already bought tickets will see them honored, and everyone else has a fresh opportunity to catch our former Artist of the Month in action. She’ll start off the trek on April 11th and 12th with a two-night stand in San Francisco, making stops in Seattle and Portland before cutting across the heartland to Denver, Minneapolis, and Chicago. From there it’s north to Toronto and Montreal, then back across the border to Boston, Washington DC, and Philadelphia. Sawayama finishes up on May 8th and 9th with a pair of shows at Brooklyn Steel in New York. Check out the full itinerary below and get your tickets here.

In December, she released a deluxe edition of SAWAYAMA, one of the best albums of 2020. The record was such a powerful statement that it inspired the Mercury Prize to change its nationality requirements so that artists like Sawayama — who has lived in the UK since she was a toddler — would be eligible. She recently dropped a new version of “Chosen Family” featuring Elton John and performed an NPR Tiny Desk (Home) Concert. 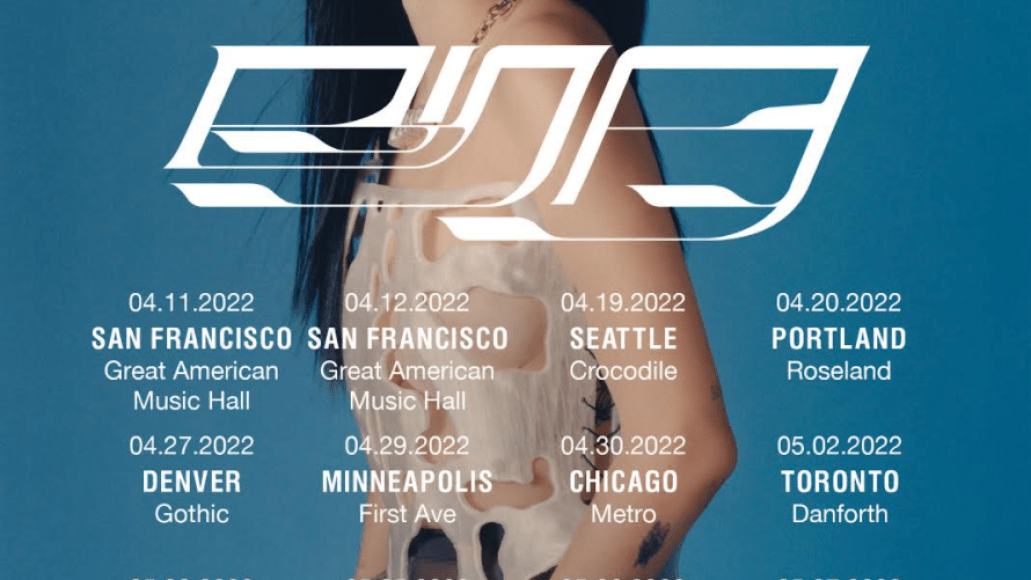