Our new music feature Origins gives artists the platform to provide detailed insights into what inspired their latest single. Today, Shungudzo has a message for your “White parents”.

For a depressing number of reasons, racism is at the forefront of the cultural conscious these days. We’ve all seen that knee jerk reaction many have to being called out on racism, claiming they have no hate in their hearts and don’t think any less of people because of their skin. So much discrimination is not based in hate, however, so much as ingrained bias — not “malicious,” but racist nonetheless.

Zimbabwean-American Shungudzo has experienced all forms of racism throughout her life, which has long influenced the way she approaches both her art and her activism. Her work seeks to enlighten others on the need to reflect on both the world and the way they work within it. That includes shining a light on how “I date Black people” doesn’t equate to being sans bigotry, something she address on her new single “White parents”.

“I’ve been told that a relationship I was in wouldn’t work out because of my race — by the person I was in a relationship with,” Shungudzo tells Consequence. “I’ve received the coldest shoulders from an ex’s parents over not being the rich, white girl they expected their son to show up with.”

It’s this type of disposable fetishization that inspired “White parents”, the latest single from Shungudzo’s forthcoming I’m not a mother but I have children debut. The track is a grungy alt-pop broadside against those who give their heart based on skin. “Love should have no colors,” she sings on the outro.

Take a listen to “White parents” below, followed by Shungudzo’s richly detailed Origins of the song — including a special message for Michael Kiwanuka.

I’m not a mother but I have children is due out June 18th via Svikiro/Young Forever/BMG. Pre-order it here.

Some of My Exes and Their Racist Parents: 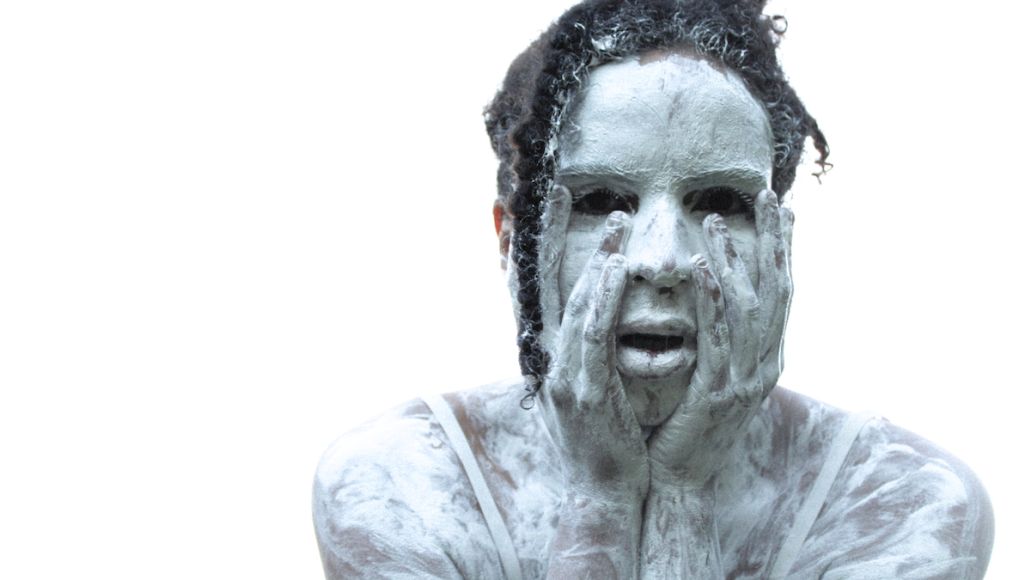 …In what may be the most passive-aggressive “fuck off” I’ve ever received, I was once played a movie — during an ex’s family night — about a man dating a woman of a different race and religion who goes on to ruin his life. In the end, he ditches the woman, reconciles with his family, and everything is rainbows and unicorns again. “Such a good movie,” my ex’s mother sweetly (sweet like Splenda, not like honey) remarked at the end of the film.

Some of my ex lovers and their families were totally okay with giving me the girlfriend experience, but also eventually made it very clear that, come marriage time, I would not be the one due to differences in skin color and other factors that are systemically correlated with skin color, like socioeconomic standing. I’ve experienced this with white parents, hence my song being titled “White parents”, but also in relationships with other non-white people who come from long lines of same-race marriages.

The Fetishization of Black and Other Non-White People: 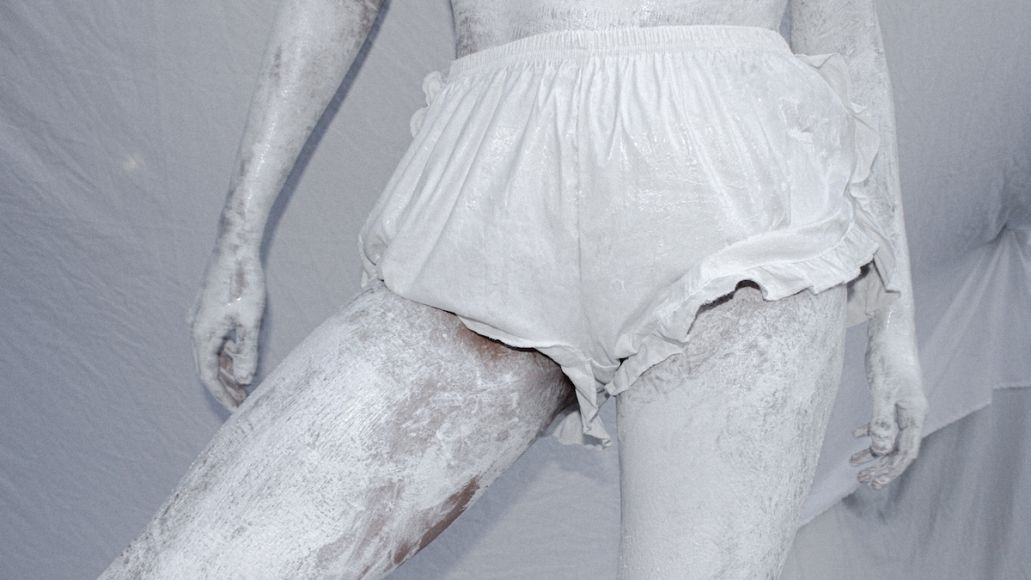 If I had a dollar for every time I’ve been called “exotic” by someone who wants to fuck me, I’d have……a Trader Joe’s bag full of groceries. A few bottles of cheap but decent wine, some of those dark chocolate peanut butter cups you can’t have just one of, and a bunch of frozen meals that will live in my freezer for too long because I keep choosing to forget that my microwave is broken so that I can be one of those “cool” people who doesn’t have a microwave.

I wrote “White parents” for anyone who’s been called “exotic” or treated like a sexual box to tick rather than like a human being. It’s also for all of those box tickers — a message that we’re onto them and won’t be treated like objects anymore. Fetishization is confusing because while it’s often presented in the tone of a “compliment” — something like, “I’ve always wanted to be with a Black woman,” “Can I touch your hair?” or the infamous hairtouchbeforeasking — it’s rooted in colonialism, colorism and white supremacy. It can be traced back to a time when Black bodies were eroticized by European colonizers — when Black people were captured or manipulated into being put on naked, or near-naked, displays for white onlookers. It can be traced back to a lot of terrible “times,” because white people have historically fetishized non-white people in disgusting ways. Take the Page Act of 1875: the United States’ first restrictive federal immigration law, which prevented Chinese women from immigrating to America under the pretense that they were prostitutes.

Today, fetishization is still prominent, including in a lot of pop culture. But something being normal doesn’t make it right. Fetishization results in dehumanization and contributes to many sickening scenarios and disheartening statistics, for example the misogynistic minimization of AAPI women and the fact that women of color are disproportionately more likely to experience sexual violence than white women.

Timbaland and The Hives — “Throw It on Me”:

“White parents” is one of my favorite songs I’ve ever produced. I didn’t start out intending to reference a 2007 classic, but when I first combined the drums with the synth bass, something about how they hit together made me instantly recall Timbaland’s epic collaboration with The Hives. “Throw It on Me” blew my mind when it came out because of how it fused rock, pop and rap. And Timbaland blew my mind as a kid and aspiring musician because he truly was (and still is) all genres, or genreless, which is difficult to do in such a big way within a system that expects artists — most often artists of color — to be one-dimensional.

Yes, I’m talking about fetishization again. Because it exists in pornography too, which — like it or not — is many kids’ introduction to sex. I often think about the harm and limitations that racial fetishization causes to both viewers and sex workers, and about how many problematic viewpoints on race and sexuality are formed at a young age due to pornography. I am in no way against pornography, nor do I think that pornography is to blame, as the fetishization of non-white people has been happening since long before we could watch sex on the Internet. I just wonder how some porn might be perpetuating certain negative stereotypes and behaviors when it comes to race. I wonder how many people pleasure themselves to the idea of people of a certain race but would never marry someone of that race. I wonder how many people would fuck me but not love me, or make love to me but not stand up for racial equality.

A white man once exclaimed, “Yes, queen!” while making love to me, which was intended as a compliment but just felt….awkward and icky in the moment, like it’s what he thought he was supposed to say because I’m Black. Or like my Blackness was what he liked most about having sex with me. Or maybe my Blackness had nothing to do with it, but after years of being fetishized I heard his words differently than he intended them. Experiences like this — many of which were far more derogatory — inspired the first verse of “White parents,” which is very much directed at white men: “I’m not your ‘queen,’ I’m not your bae, I’m not some fetish for you to play.” 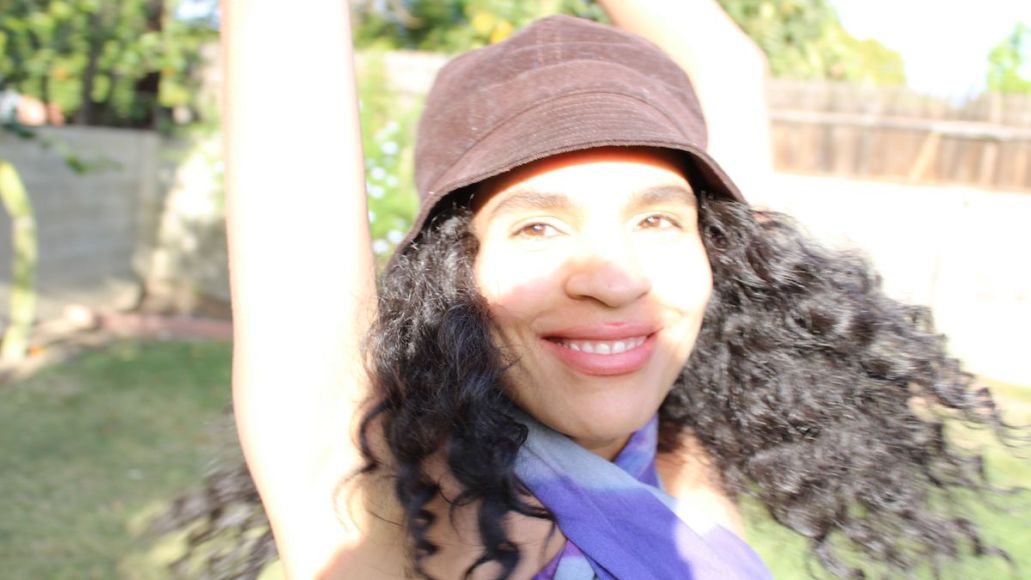 Ultimately, in spite of all of the frustrations I express in “White parents,” it’s not an angry song. Halfway through the song, the production transforms from hard to soft, and so do my words. I go from pointing fingers, to looking inward at my own heartbreak, to looking back outward at a dream world in which skin color doesn’t determine the outcome of any relationship. “White parents” is ultimately a call for people to see beyond color when thinking of love, and love making. As I sing at the end of the song, both longingly and optimistically, “Love should have no color.”

I had to add this extra one because I’m trying to manifest opening for Michael Kiwanuka on his next tour. I think he is so brilliant, and I figure if I say his name in every interview he’ll eventually see it and hit me up. Hi, Michael! Let’s talk! You don’t know me yet, but I’m your opening act!