Our new music feature Origins gives artists the chance to provide intimate insights into what inspired their latest single. Today, TEKE::TEKE introduce us to “Barbara”.

Montreal’s TEKE::TEKE named themselves after a Japanese slang term for those into surf culture (but not necessarily surfers), an onomatopoeia that’s meant to sound like a surf guitar riff. The name also harkens back to a particularly vengeful Japanese urban legend, a violent spirit looking to damn others to her own dismembered fate. But there are plenty of other folk creatures that are less malicious, and the seven-piece psych rockers introduce us to one on their new single, “Barbara”.

The song centers on a being called a Zashiki-Warashi, an impish childlike spirit that pulls pranks around a home. Despite the minor annoyances, their presence actually is a sign of good fortune for the “victims.” In “Barbara”, TEKE::TEKE imagine one of these spirits escaping the confines of the house, making mischief across the city.

To soundtrack this playful mayhem, the band whips up a fitting carnival of punk sounds. As trombones march down the streets, flutes spin the Zashiki-Warashi into a frenzy of scarred pigeons and wasabi toothpaste. It’s a wild ride with a call-and-response chorus and the band’s unparalleled energy in all its surf-psych glory.

The latest single from TEKE::TEKE’s forthcoming debut, Shirushi, “Barbara” comes alongside a quirky animated lyric video from the band’s guitarist Serge Nakauchi-Pelletier and vocalist/visual artist Maya Kuroki. Check it out below, followed by the group’s Origins of the track.

Previous singles from Shirushi include “Yoru Ni” and “Meikyu”, and you can pre-order the full LP via Kill Rockstars. TEKE::TEKE also recently performed as part of Consequence’s Protect Live Music livestream benefit concert for NIVA. Stay tuned for an archived replay of their performance. 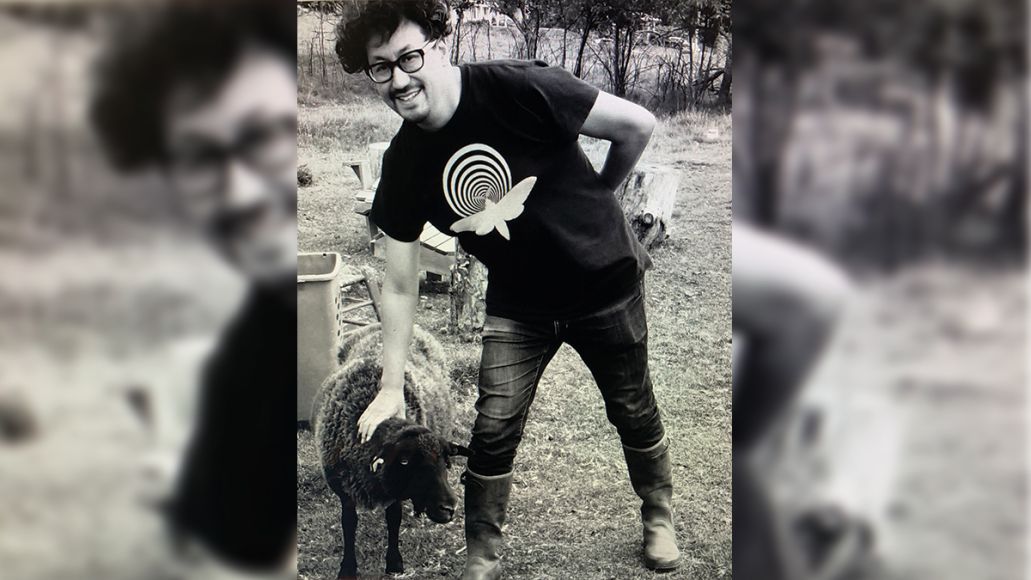 The initial trigger to the main idea behind the song “Barbara” is a strange anecdote our rhythm guitarist Hidetaka Yoneyama shared with the band. It goes as follows: As he was making his way out of a subway station here in Montreal, some old guy came from behind him saying “Barbara, Barbara, is it you? Barbara, it’s you isn’t it?…Barbara!…” We all loved that (true) story, so much so we wanted to turn it into a song. However, Maya then thought about taking the idea to another place, another level completely, with a twist inspired by ‘Zashiki-Warashi’.

‘Zashiki-Warashi’, as explained at the beginning of the lyric video, are spirit-like beings or ‘Yokai’ (supernatural monsters) taking the form of a child who performs pranks in a household, yet all the while bringing good fortune. For our song, the ‘Zashiki-Warashi’ is a character named Barbara and actually escapes the house to start wreaking havoc everywhere she goes. We could say it’s a kind of modern, psychedelic take on ‘Zashiki-Warashi’.

This 1975 album Oyoge Taiyakikun is very special for some members of TEKE::TEKE who heard this album when just babies in Japan. Those kid songs had a profound impact and really stayed with us up to today. It took a while, after forming the band, to find out that this album had had a very special place in our respective households when we were kids. The song arrangements on there are actually very rich and full, with great grooves and tones. We definitely thought of that record when arranging “Barbara”, in terms of general vibe but also with the vocals for example, the sort of ‘call-and-response’ between Maya and the male backup vocals in the choruses can be found in the song “Ichiban Rock”.

We talked about Os Mutantes constantly while recording our album Shirushi. It was definitely a reference we liked to go back to. The energy, the sound and the way their songs are structured, everything is so raw and real. When you hear them, you hear complete creative freedom. We relate to that, we find it very inspiring and motivating. It allows for things like a crazy parade-like section to happen in the middle of a punk song with drunk-sounding trombone and flute slowly going off tune as Maya’s character is screaming at a chihuahua to attack some restless pigeons! Haha…

For the “Barbara” video, since we knew we were, first and foremost, making a ‘lyric video’ as opposed to an ‘official music video’, we thought of silent films right away (like 1922’s Nosferatu) with dialogues appearing in the form of cards, and usually inside some sort of frame. Maya made some very simple childlike drawings to illustrate the story of ‘Zashiki-Warashi’ Barbara, to which we added cards with lyrics in silent film fashion, with Maya’s idea of having those card frame designs getting crazier as the video unfolds. This was our first attempt at making a ‘lyric video’ (which we only became aware recently that such a thing existed!) so we were hoping to make one that was artistically interesting, in line with the band’s aesthetic and provide some clues to what the song is about, especially since the lyrics are in Japanese.