Meet the Family: Before Netflix’s new sitcom Dad Stop Embarrassing Me! premiered today, early trailers provided high hopes for the premise. At an initial glance, the series — created and starring comedian Jamie Foxx as Brian Dixon — revolved around a widowed father attempting to catch up with his Gen-Z daughter, Sasha (Kyla-Drew). Sure, it relied on a common-but-true trope of young women viewing their aging, out-of-touch parents as humiliating, but it also appeared to highlight impactful and sweet moments between them.

Foxx’s relationship with his daughter, Corinne, now 27, served as the inspiration for the show’s scenes. While Corinne doesn’t play Sasha, her role as a writer stands out through punchlines directed at a 30-and-under audience.

However, upon watching the first episode (and eventually, the entire season), a few cracks in the show started to reveal themselves. Although sitcom writing for a broad audience can be a difficult balancing act, the show’s main strength is how it offers a multifaceted presentation of a modern-day Black family, as Sasha grapples with the loss of her mother while still laughing at her father’s expense after moving back in with him.

In the Moment (Hip): Based on the mention of the “pandemic,” the show was likely written and filmed within the last year. Because of this, the pop culture references within the jokes, and corresponding laugh tracks, felt extremely timely and tuned in to things that have been “trendy” — from Megan Thee Stallion and Cardi B’s hit song “WAP” to an explanation of Juneteenth through an episode based around a cooking competition.

From the theme song to the use of Instagram live, it seems evident that they researched into things that today’s teenagers find interesting. The episode names even include a hashtag in each one. Through weaving younger subjects as comedic punchlines, including a generational gap between Lil Baby and Babyface, the show crafts itself as an easy watch for viewers of any age. It allows itself to become the newest example of the cheesy-but-true description of fun for the whole family. 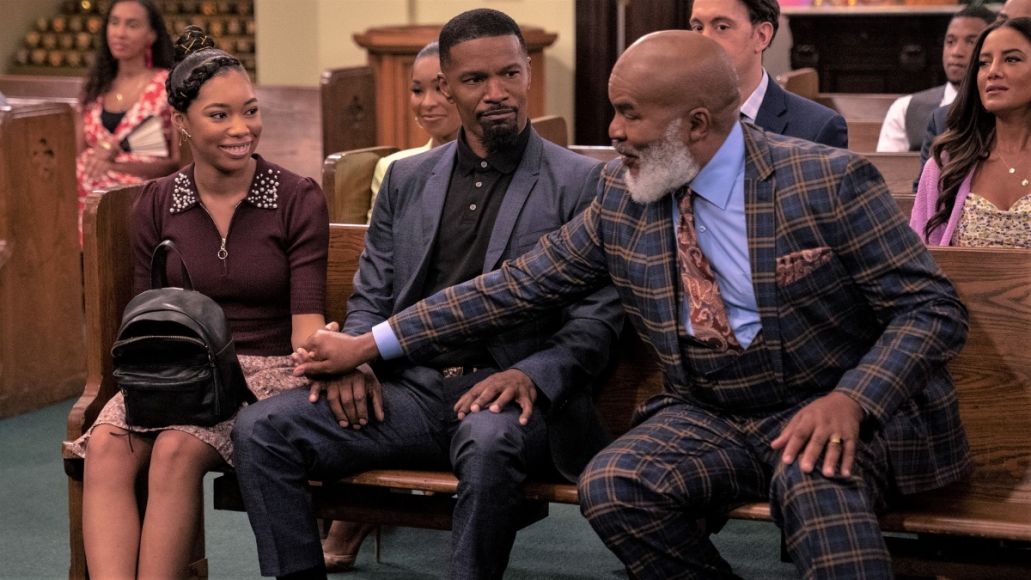 In the Moment (Cringe): Through watching the first few episodes, I was initially hesitant about the show’s decision to include Johnny (Jonathan Kite), a white cop, often in uniform, as a family friend and romantic interest of Aunt Chelsea (Porscha Coleman). There’s also a painfully awkward “Paul Blart” allusion tossed in, making it even more of a cringe-worthy viewing experience. In the wake of consistent news, it felt out of character and wrong to be watching. However, in the finale, the character arc felt partially redeemable, as Johnny decides to permanently quit the force — but only after a tense moment between fellow officers. As just a thought, perhaps, there doesn’t always … need to be a cop included.

Simultaneously, other “jokes” appeared in extremely bad taste on the show, especially for something that was recently written. In the first episode, a group of Asian Americans are asked whether they’re “from South Korea or North Korea,” during a time of painful present-day news. Within another episode, the grandfather, Pops (David Alan Grier), has a brief argument with Manny (Valente Rodriguez), who works as a handyman. Out of earshot, in a later scene, he comments on calling immigration deportation on him, with little pushback from anyone or the show-runners. 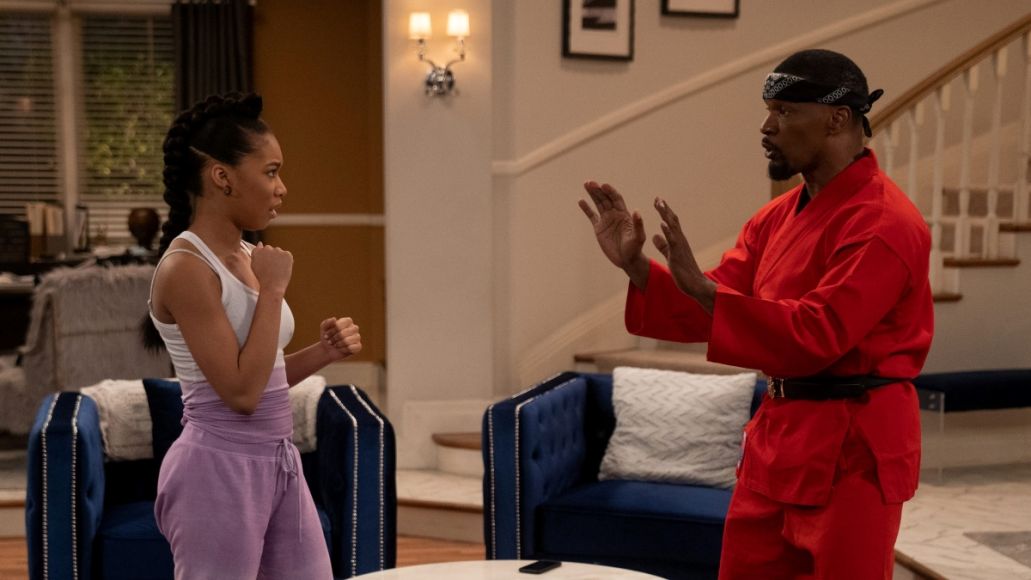 The Verdict: Dad Stop Embarrassing Me! has the makings of another successful sitcom on a streaming service already woven in. To be more enjoyable in subsequent seasons, Foxx (both Jamie and Corinne) need to turn off the insensitive jokes at other characters’ expenses and ease up a little on listing a catalog of “things young people think are cool.”

Where’s It Streaming? Dad Stop Embarrassing Me! premiered on April 14th and can be streamed on Netflix.