The Pitch: Against all odds, in one of its many, many endeavors to try and become the premiere destination for streaming content, Netflix has ended up as one of the most surprising forces in reality television. Between the national treasure/’90s revival Queer Eye, the Malibu moguls on Selling Sunset, and the charmingly inept Nailed It, Netflix hosts a remarkably diverse array of reality shows at its viewers’ fingertips. There’s one reality series, though, that rises above the rest — the rare bird that’s not only a great reality show, but a timely, vibrant one with a truly exciting premise. I’m talking, of course, about The Circle, which returned this week on Netflix for its second season. Based off of the British reality series of the same name, The Circle follows a handful of contestants competing in a social pressure-cooker for $100,000 — a la Big Brother or Survivor.

The Catch: None of the contestants can see each other. They’re all locked away in their own individual apartments, entirely isolated from both each other and the outside world. The “players” communicate entirely via technology: group chats, minigames, and all sorts of other high-tech hijinks. The players all regularly participate in votes to gauge the temperature of the circle: who’s hot and who’s not. Each week, the players vote; the two highest on the totem pole get power and safety, and at the end of the week, the least popular player hits the road.

The Other Catch: But there’s yet another catch. The players are given the option to “catfish” as someone other than themselves. Because the players never see each other, some opt to masquerade as someone else by using their photos — regardless of gender. This, of course, makes things stickier for the players, but heightens the drama for the viewers, especially because eliminated players are allowed to meet one other player face-to-face: including possible catfishes.

Who’s Who: It’s a strong premise to begin with, proving successful in the UK and quickly rising past other Netflix originals like Love Is Blind with its equal parts reality soapy trash and competitive gameplay elements. Reality legends like Big Brother and Survivor have remained successful by creating narratives among the players over the course of the competition. Season 1 of The Circle followed suit, plucking pairs and writing stories for the season to follow.

This, of course, is only possible with a good cast, and The Circle’s production team struck reality tv gold there in the first season. Sexy, spunky Sammy from Miami was a bisexual Instagram model, Shubham was an introverted, tech-averse thirtysomething mayoral candidate, Joey was a stereotypical Jersey Shore jock, and Seaburn was masquerading as his girlfriend, “Rebecca,” whose pictures he used to catfish. And those were just a few key players. Though some of the season’s later entries didn’t shine quite as bright, the original roster boasted plenty of would-be reality stars. 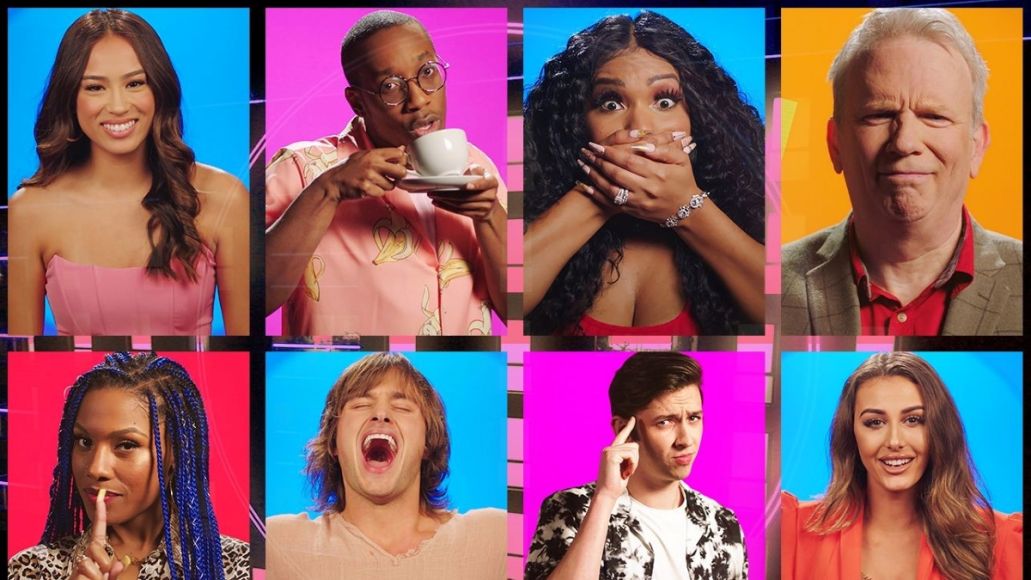 The Verdict: So, with a strong cast and capable producers, The Circle embarks as a trendy, bubbly reality series filled to the brim with addictive personalities and genuinely heartfelt friendships and storylines that blossom organically by a cast with incredible chemistry — considering none of them have met. By the time the season finale rolls around, we don’t think it’s cliché to say that viewers will feel like a player in the circle. That’s how well the show has woven its storylines in the past.

It’s also remarkably poignant for an unforeseen reason: the parallels to living quarantined during the COVID-19 pandemic. Though the original intent behind the separation and digital-only communication was meant to highlight the differences between social media and real life, the pandemic has added a new, more genuine layer: the ability to develop genuine, lasting connections with strangers over the Internet.

Now, The Circle, Netflix’s reality TV masterpiece, debuts its second season — nearly twice as long as last year’s and filled to the brim with fresh faces. As Season One successfully proved, The Circle lives or dies by the strength of its cast. Luckily, this group seems like they came to play.

Where Is It Streaming? New episodes drop on Netflix each Wednesday.