The Pitch: Henry Emory (Ashley Thomas) wants a piece of the American Dream. After a brutal tragedy, he and his wife Lucky (Deborah Ayorinde) move their two daughters Ruby (Shahadi Wright Joseph) and Gracie (Melody Hurd) across the country for a fresh start. But the promise of this dream hides a cruel and violent foundation of racism, and the Emory family faces resistance immediately upon arrival at their new home in an all-white LA suburb.

Led by housewife Betty Wendell (Alison Pill), the neighbors embark on a vicious campaign of harassment to drive the Emory’s out. But there are malevolent forces working from within the house as well and a mysterious specter seems to be targeting youngest daughter Gracie. Set across 10 days, Them follows the Emory family as they contend with these terrors in their new home, all while the tension and violence escalates around them.

Creator Little Marvin and executive producer Lena Waithe have created an unflinching portrayal of suburban racism and the fallacy of the American ideal. It’s a harrowing depiction of the lengths non-white people must go to achieve the American Dream, and the strength and fortitude necessary to survive a world of white supremacy.

Suburban Racism: Like American Horror Story, Them is an anthology series, and the first season is set in 1953 amidst the Great Migration. At the time, many Black families moved west to escape the Jim Crow laws of the south. And while the West coast is often depicted as a progressive utopia, Them reveals the harsh reality of suburban prejudice and white flight. The fseason’s title, “Covenant”, is a reference to Racially Restrictive Covenants, an insidious way of maintaining segregation in which members of a community pledge not to sell, rent, or lease property to any non-white people.

While no longer enforceable when the Emory’s move in, the covenant provides the perception of entitlement for families like the Wendells who believe their place in the dominant culture gives them the right to control the lives of those with less power. It’s a damning and authentic portrayal of the way homeownership was systematically denied to non-white people, resulting in wealth gaps and community oppression that remains prevalent today. 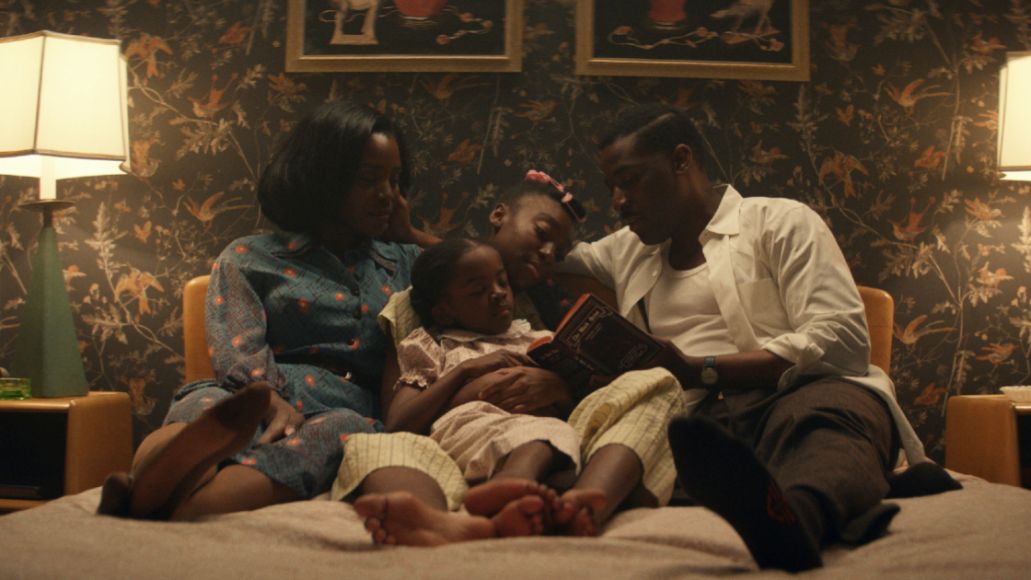 Gaslighting: Though their home is ground zero, the Emorys are targeted virtually everywhere they go. Ruby is brutally mocked at school and then sent to the office for disrupting class. Henry must defer to and placate his emotionally manipulative boss, Stu Berks (P.J. Byrne). And regardless of how qualified Henry may be for the job, Stu is quick to remind him that he has no power and is only there because of Stu’s generosity, a gift that could be revoked at any moment.

This system of harassment is especially insidious because it is designed to push Lucky and Henry into the “angry Black” stereotype which will then be used as evidence to prove that they are dangerous. It’s extreme gaslighting with all the power stacked on the side of the harassers. Because of this, the Emorys must walk an impossibly narrow path to navigate the vast number of people waiting to exploit them at the slightest sign of weakness. 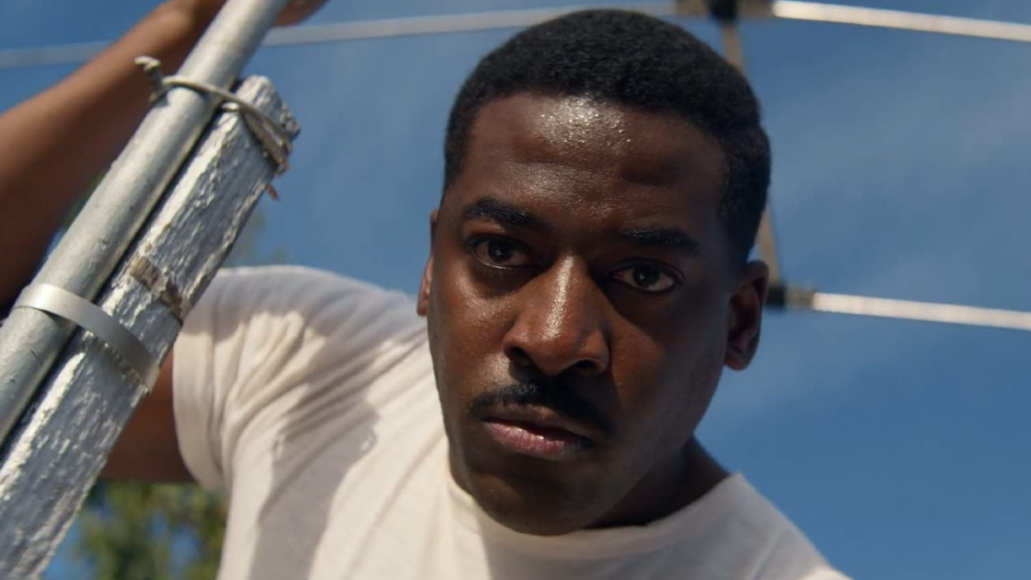 Trauma: Them is most effective at showing the mental and emotional trauma caused by prolonged racist persecution and Ayorinde, Thomas, Joseph, and Hurd masterfully show the rage and sorrow boiling just beneath the surface of a necessarily cool demeanor. Henry suffers from PTSD due to trauma from his service in World War II, where he not only feared enemy attack, but was tortured at the hands of his fellow troops and superior officers. When triggered, he endures terrifying flashbacks in silence lest he invite criticism that could cost him his job. In one particularly heartbreaking scene, he forces himself to eat a triggering desert in a performative act of strength for his children. Nevertheless, he has no outlet for his pain, even in his own home.

Lucky is grieving an unthinkable tragedy, the details of which unfold throughout the series, and the targeted harassment from her neighbors makes recovery extremely difficult. Marvin uses classic horror tools to present this trauma, showing the venomous nature of constant bigotry and providing some of the season’s best scares. Lucky longs for the opportunity to let her pain and rage out, and, understandably, turns on Henry when he asks her to stifle it. Making the situation all the more heartbreaking is the fact that neither of them are wrong. They’re victims of a system designed to destroy them. 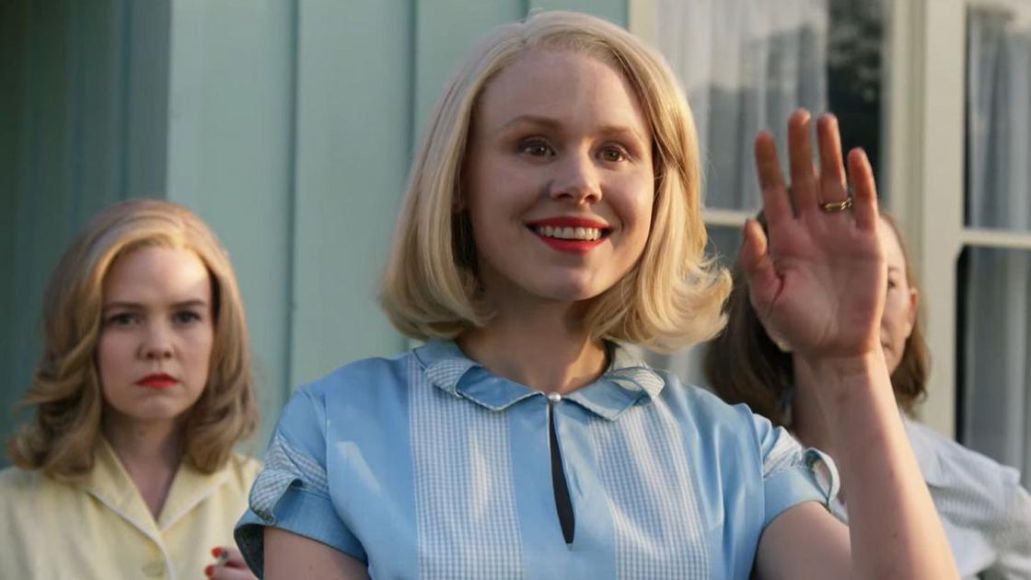 Weaponized Victimhood: Pill is terrifying as the sinister Betty Wendell, leader of the racist neighbors brigade who views the power to control the lives of others as her birthright. It’s a damning indictment of a white supremacist patriarchy in which Betty views her place as second only to her husband. Her world is a ladder and she has fully internalized that she will never reach the top, so she must maintain her place by kicking everyone else down. She weaponizes her vulnerability by playing on the long established narrative of a white woman in danger and manipulates the police into carrying out her racist agenda. She is a deadly Karen.

Betty believes that her value lies in pleasing her husband, and in order to do so, she must make his home and community as perfectly pleasing as possible. But this proximity to  power has corrupted her relationships with everyone around her as she manipulates him with a false sense of confidence to get him to exert his power on her behalf. She turns against friends who challenge her racism as well, showing an insecurity at the heart of her cruelty. Without a healthy outlet, she directs her rage at the Emory family. 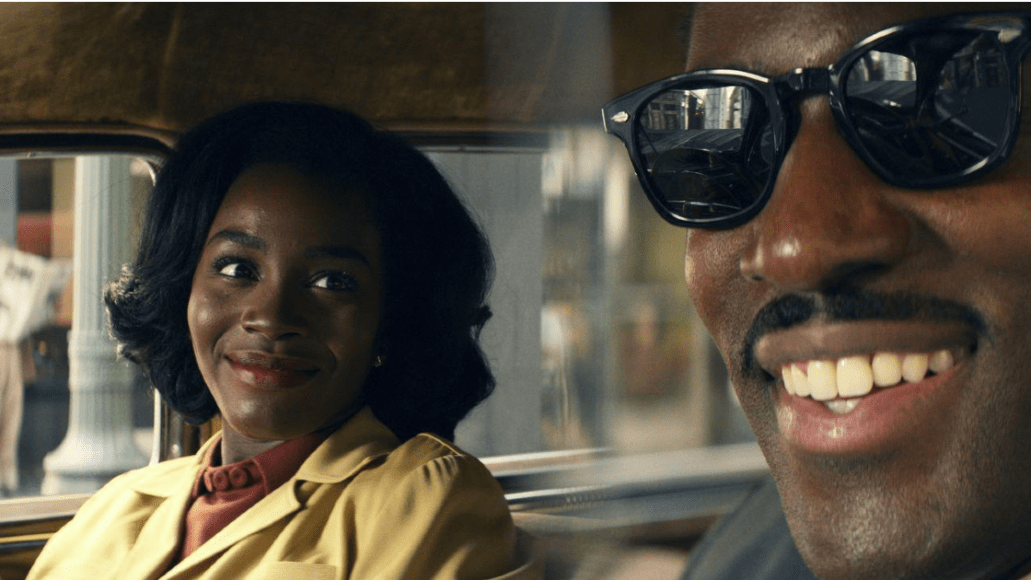 The Verdict: There are no white saviors in Them, causing white audiences to question their complicity in this anti-Black system. Betty and her neighbors honestly believe they are doing what is right just as many justify their own racism today. The Emory’s neighbors excuse their bigotry by telling themselves they are merely protecting their community. It’s a distillation of America First ideation when “America” really means white people. In Them, Marvin and Waithe hold a mirror up to an America of the past that feels horrifically familiar today.

The title itself is revealing with its tones of othering and vilification. Who does “them” refer to? Is it the Emory family trying to live their lives in peace? Or is it Betty and her neighbors imposing her will on those they deem beneath them? The power of Them lies in the fact that it has no ambiguity in this regard. The permission structure Betty has created to enable her racism is a lie that harms her as well. In that sense, Them masterfully shows that the monsters of white supremacy are pervasive; they exist both within and without and no one survives unscathed.

Where’s It Streaming? Them is currently available now via Amazon Prime Video.